If you think Boehner and the House GOP will bow to public pressure to reach a "fiscal cliff" deal, think again 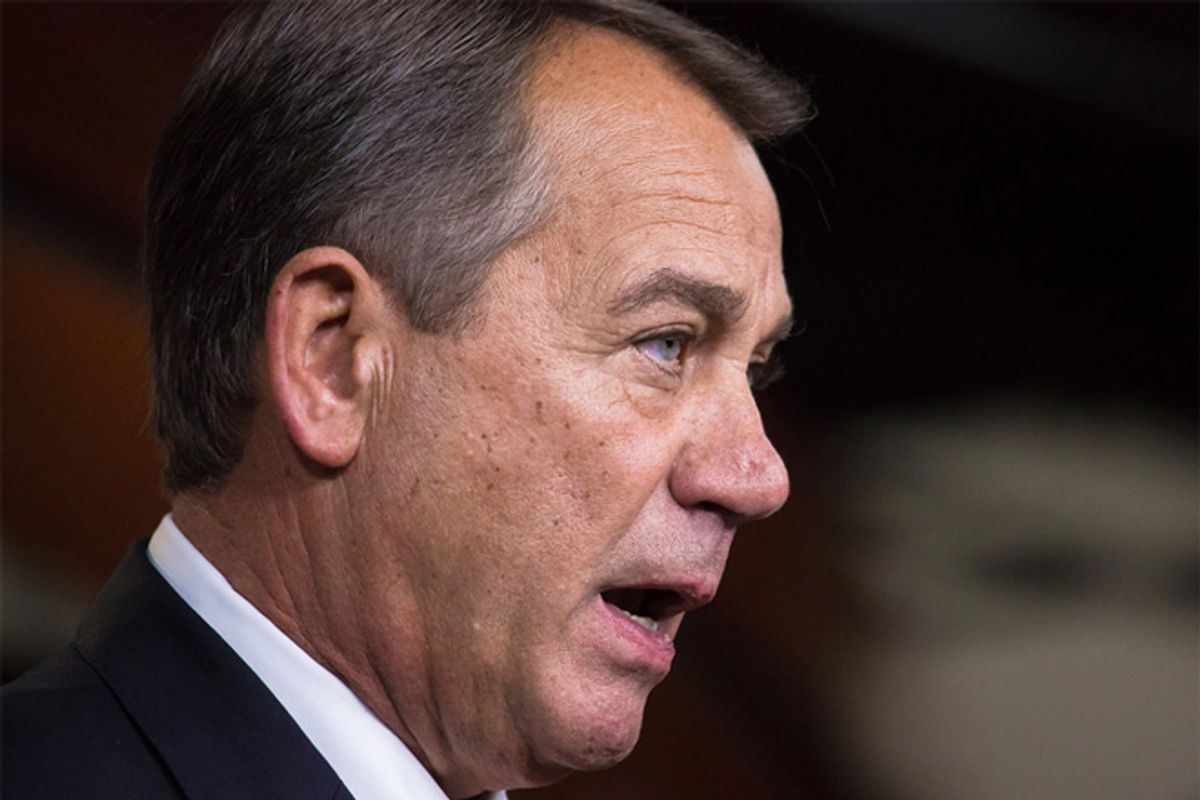 Are House Republicans – now summoned back to Washington by Speaker John Boehner — about to succumb to public pressure and save the nation from the fiscal cliff?

Even if Senate Minority Leader Mitch McConnell cooperates by not mounting a filibuster and allows the Senate to pass a bill extending the Bush tax cuts to the first $250,000 of everyone’s income, Boehner may not bring it to the House floor.

On a Thursday conference call with House Republicans he assured conservatives he was “not interested” in allowing such a vote if most House Republicans would reject the bill, according to a source on the call.

Democrats are confident that even if the nation technically goes over the cliff January 1, Boehner will bring such a bill to the floor soon after January 3 — once House Republicans have reelected him Speaker – and it will get passed.

But this assumes Boehner and the GOP will be any more swayed by public opinion than they are now.

Public opinion is already running strongly in favor of President Obama and the Democrats, and against the GOP. In the latest CNN/ORC poll, 48 percent say they’ll blame Republicans if no deal is reached while 37 percent blame Obama. Confidence in congressional Republicans is hovering at about 30 percent; Obama is enjoying the confidence of 46 percent. And over half of all Americans think the GOP is too extreme.

Yet Republicans haven’t budged. The fact is, they may not care a hoot about the opinions of most Americans.

That’s because the national party is in disarray. Boehner isn’t worried about a challenge to his leadership; no challenger has emerged. The real issue is neither he nor anyone else is in charge of the GOP. Romney’s loss, along with the erosion of their majority in the House and Democratic gains in the Senate, has left a vacuum at the top.

House Republicans don’t run nationally. They run only in their own districts — which, because of gerrymandering, are growing even more purely Republican. Their major concern is being reelected in 2014, and their biggest potential obstacle is a primary challenge from the right.

The combination of a weakened national party and more intense competition in primaries is making the Republican Party relatively impervious to national opinion.