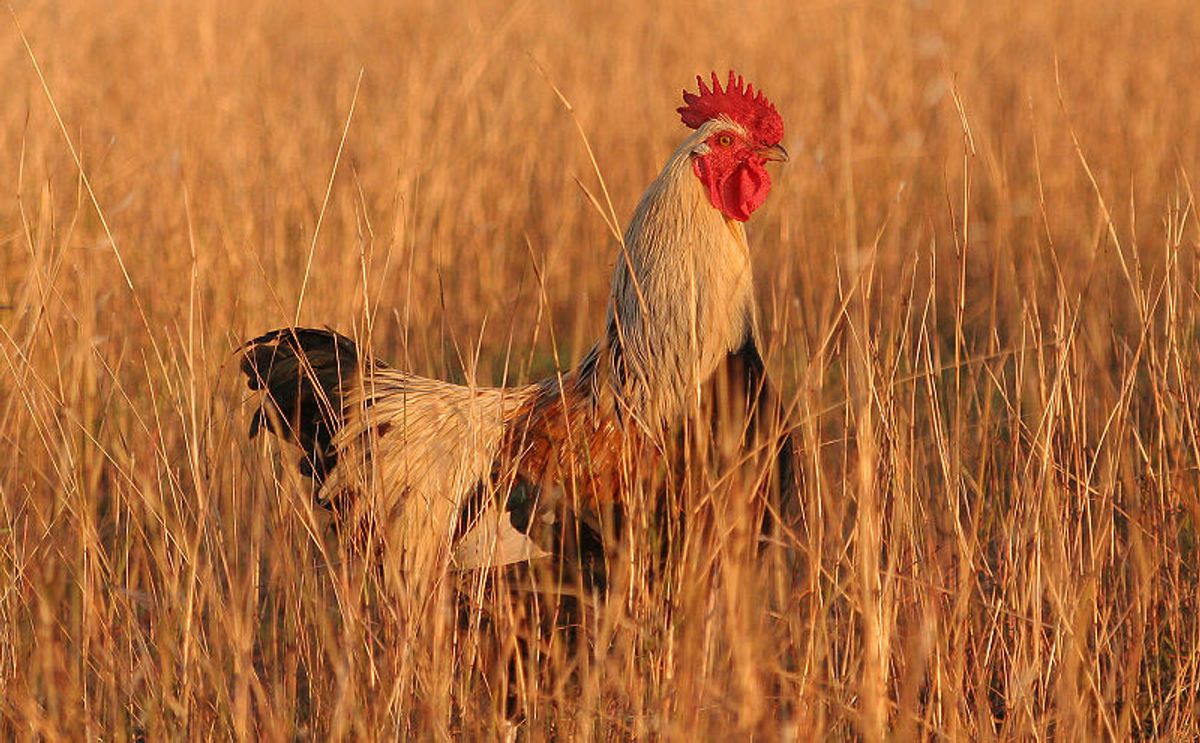 MILWAUKEE (AP) -- A Wisconsin couple says clucks, not fire trucks, helped them escape a blaze at their home.

Dennis Murawska, 59, said a pet chicken named Cluck Cluck woke his wife Susan Cotey, 52, with loud clucking from its cage in the basement two floors below about 6:15 a.m. Thursday. The couple's two cats also were running around the main floor.

Murawska said he had been half awake but didn't know about the fire because the smoke alarms hadn't gone off. He realized something was wrong when his wife got up.

"The chicken gets quite vocal when she gets excited," he said.

Cluck Cluck came from a nearby farm in Alma Center, about 135 miles east of Minneapolis, Murawska said. When the chicken began wandering over to his house, his neighbor said he could kill it because it wasn't producing any eggs. But Murawska felt sorry for Cluck Cluck because she had a mutated foot and decided to keep her. He fed the bird and built a coop, and then his wife let Cluck Cluck into the basement on cold nights.

"I spent way more money than I ever should've," Murawska said by telephone. "I guess it paid off."

The couple escaped, and firefighters found the chicken in its cage and one of the cats alive in the basement. Another cat hasn't been found and is presumed dead, Murawska said. The couple and their surviving cat checked into a Black River Falls hotel, while Cluck Cluck is staying with the neighbor who used to own her.

Alma Center Fire Chief Jeff Gaede said the fire started in the attic of the attached garage and was not suspicious. The house was a total loss, but it could have been worse -- if not for the chicken.

"We are used to hearing about a dog or cat or something, but we've never heard of a chicken waking up a resident for a fire," Gaede said. "That's pretty amazing."