Dubai's Burj Khalifa is the tallest free-standing structure in the world. It also has a serious sewage problem 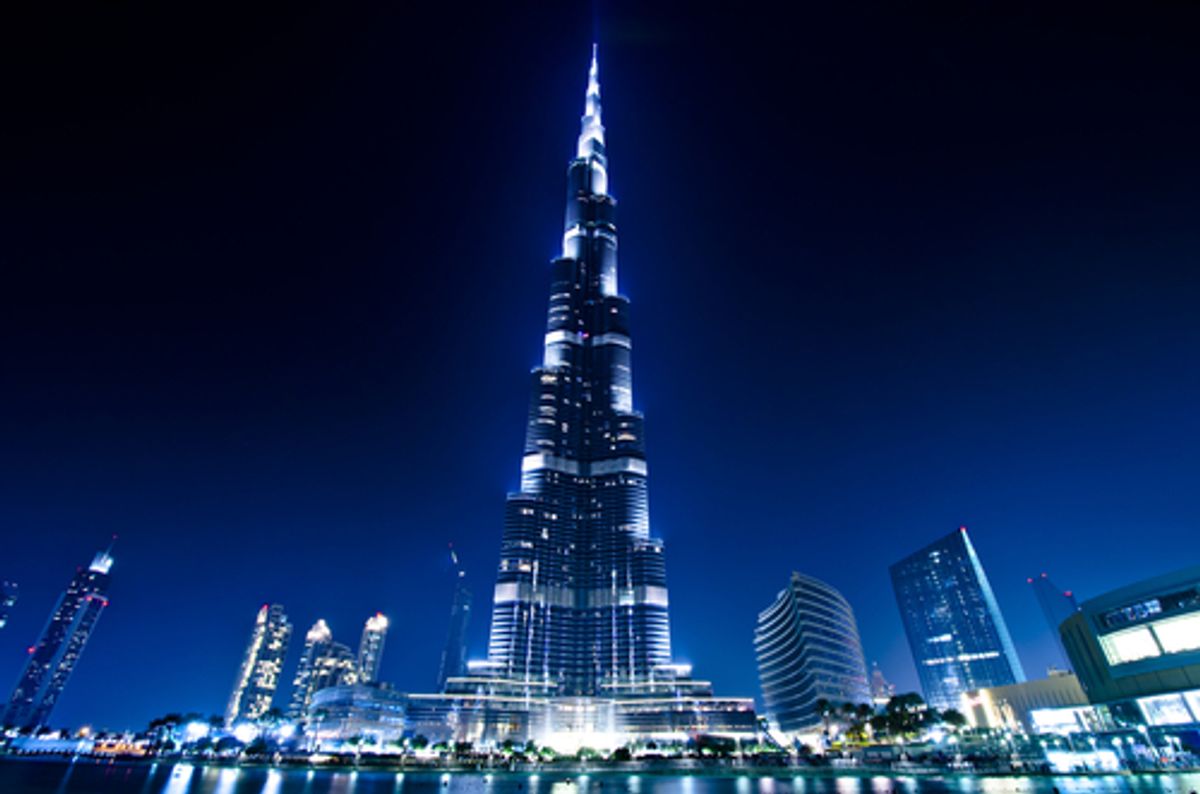 TERRY GROSS: Right. So you know, you write that in Dubai they don't have, like, a sewage infrastructure to support high-rises like this one. So what do they do with the sewage?

KATE ASCHER: A variety of buildings there, some can access a municipal system but many of them actually use trucks to take the sewage out of individual buildings and then they wait on a queue to put it into a waste water treatment plant. So it's a fairly primitive system.

GROSS: Well, these trucks can wait for hours and hours on line.

ASCHER: That's right. I'm told they can wait up to 24 hours before they get to the head of the queue. Now, there is a municipal system that is being invested in and I assume will connect all of these tall buildings in some point in the near future, but they're certainly not alone. In India many buildings are responsible for providing their own water and their own waste water removal.

Twenty-four hours in line. Yikes. And the scale we’re talking about here is immense. Gizmodo’s Jesus Diaz did a little back of the envelope math and estimated that the building’s inhabitants might produce around 7 tons of waste per day, or 15 tons of total sewage. Think about that much sh*t idling in a truck line for a full day. (Here’s a visual, if you really want it.)

In the Terry Gross interview, Ascher goes on to note that “we're very fortunate in this country that we assume we can plug into an urban system that can handle whatever waste the building produces. That's not the case everywhere else in the world.”

GROSS: Well, it really illustrates one of the paradoxes of modern life, that we have these just incredible structures that reach, you know, that seem to reach to the sky and then in a place like Dubai you have a 24 hour long line of trucks waiting to dispose of the waste from those buildings.

ASCHER: Right. Well, you know, you have to remember that a place like Dubai really emerged in the last 50 years. It was a sleepy, you know, Bedouin town half a century ago. And what you do is when you bring in the world's, you know, most sophisticated architects and engineers, you can literally build anything, including a building of 140 or 150 stories. But designing a municipal network of sewage treatment is in some ways more complex.

It certainly requires more money and more time to make it happen, so one just seemed to jump ahead of the other.

Those are some priorities!