Obama: An agreement is "within sight" 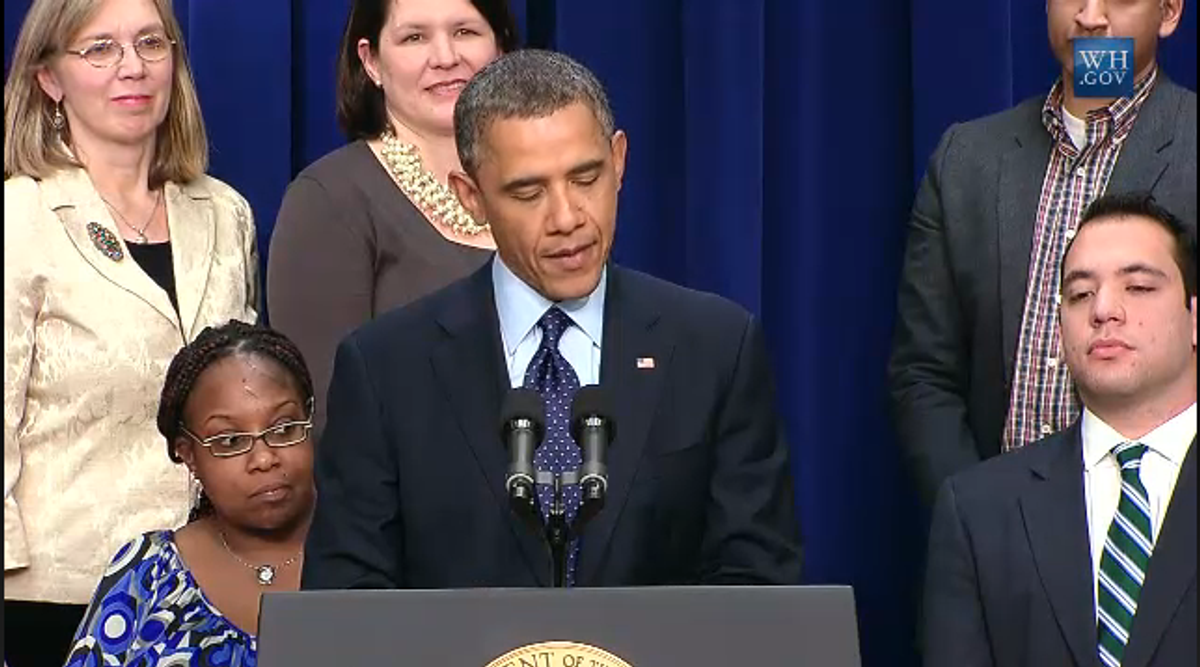 President Barack Obama said that a Congressional deal was possible before the so-called "fiscal cliff" kicks in.

Speaking before an appreciative audience his tart speech lightly mocked Congress and emphasized that any deal would include tax hikes on the rich and some types of spending cuts.

Watch (The speech begins at the 49 minute mark.):