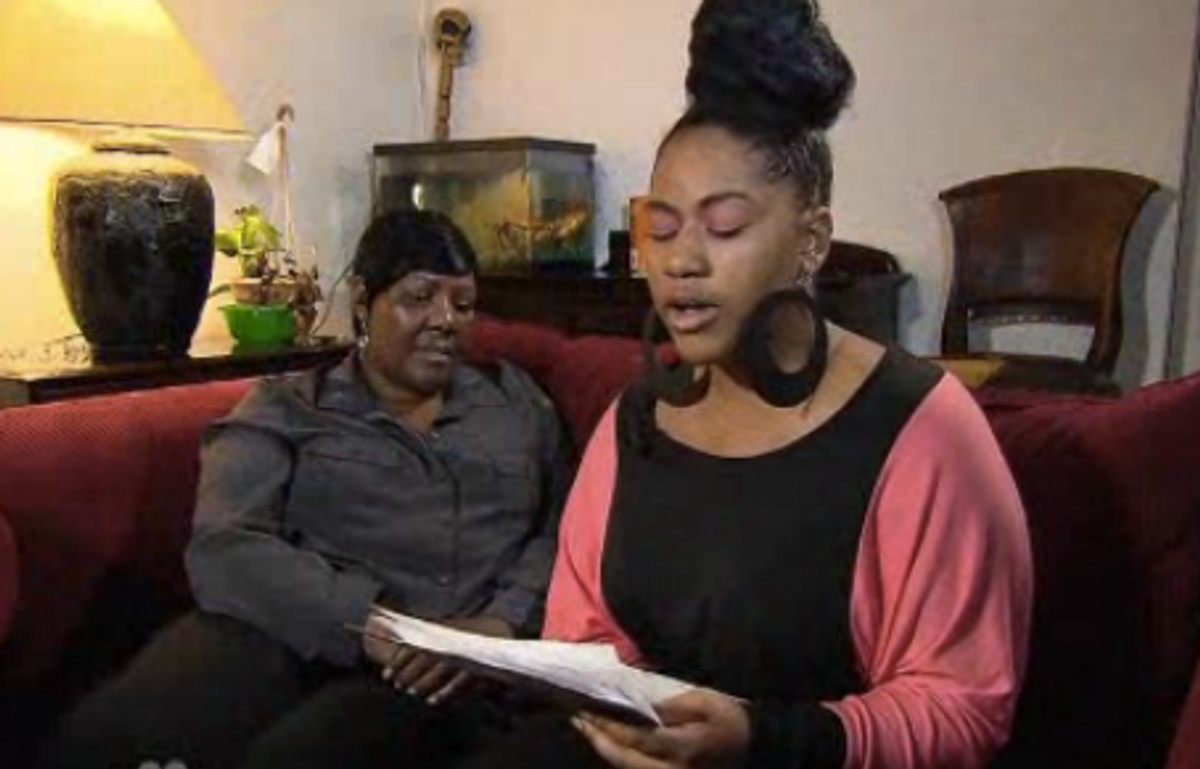 A 17-year-old high school student in San Francisco has been suspended indefinitely after she wrote a poem in her personal notebook which included the lines, "I understand the killings in Connecticut; I understand why he pulled the trigger."

A teacher at the Life Learning Academy found Courtni Webb's notebook and reported the poem to the principal who suspended the student. The school district is now deciding whether and when Webb can return to the small vocational school. Webb and her mother have reached out to the media to decry the school's actions.

They told NBC's Today that Webb was simply expressing herself and exploring ideas about helplessness and darkness that she believed were behind the Newtown massacre. "Never in my life have I heard that you couldn't mention a tragedy that happened. I didn't say that I agree with it, I said I simply understand it" Webb told Today, noting that the she felt the school was making her look like "a monster." Her mother said that she believes her daughter's free speech is being violated.