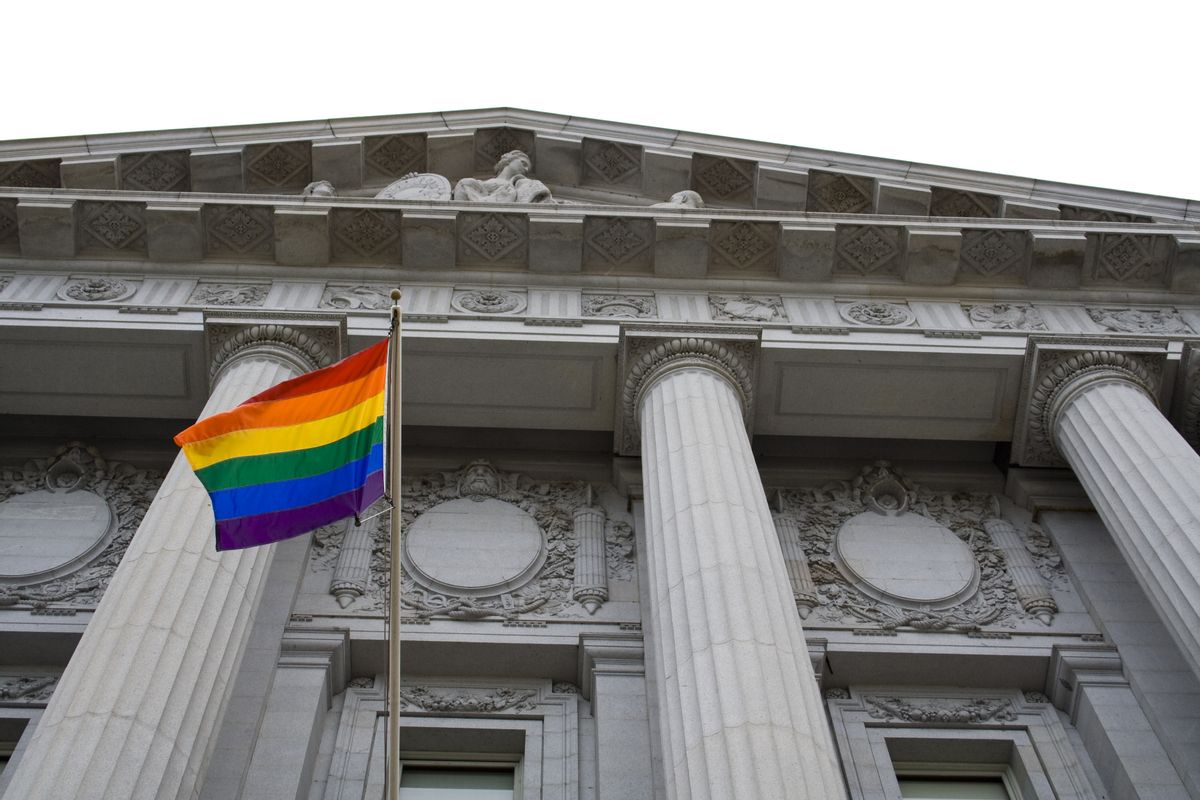 On Thursday, both Illinois and Rhode Island are expected to make moves on bills to legalize same-sex marriages in each state.

In Rhode Island, the Providence Journal reports, state Rep. Arthur Handy says he will introduce a bill in the General Assembly on Thursday, the first day of the 2013 session.

Handy has said that the legislation will include, as it has in past versions, language granting religious groups protections, if they object to same sex unions as a matter of their religious beliefs.

Citing the U.S. Constitution's First Amendment, a 2011 version of Handy's gay marriage bill stated that every religious institution has "exclusive control over its own religious doctrine, policy, and teachings regarding who may marry within their faith, and on what terms."

In Illinois, gay marriage advocates are reportedly gearing up to introduce legislation into the state Senate, possibly as early as tomorrow. From the Chicago Tribune:

"Things are always fluid," Steans said. "My goal is to call it this week for the Senate so it could then be heard in the House next week."

A new set of lawmakers will be sworn in Jan. 9.