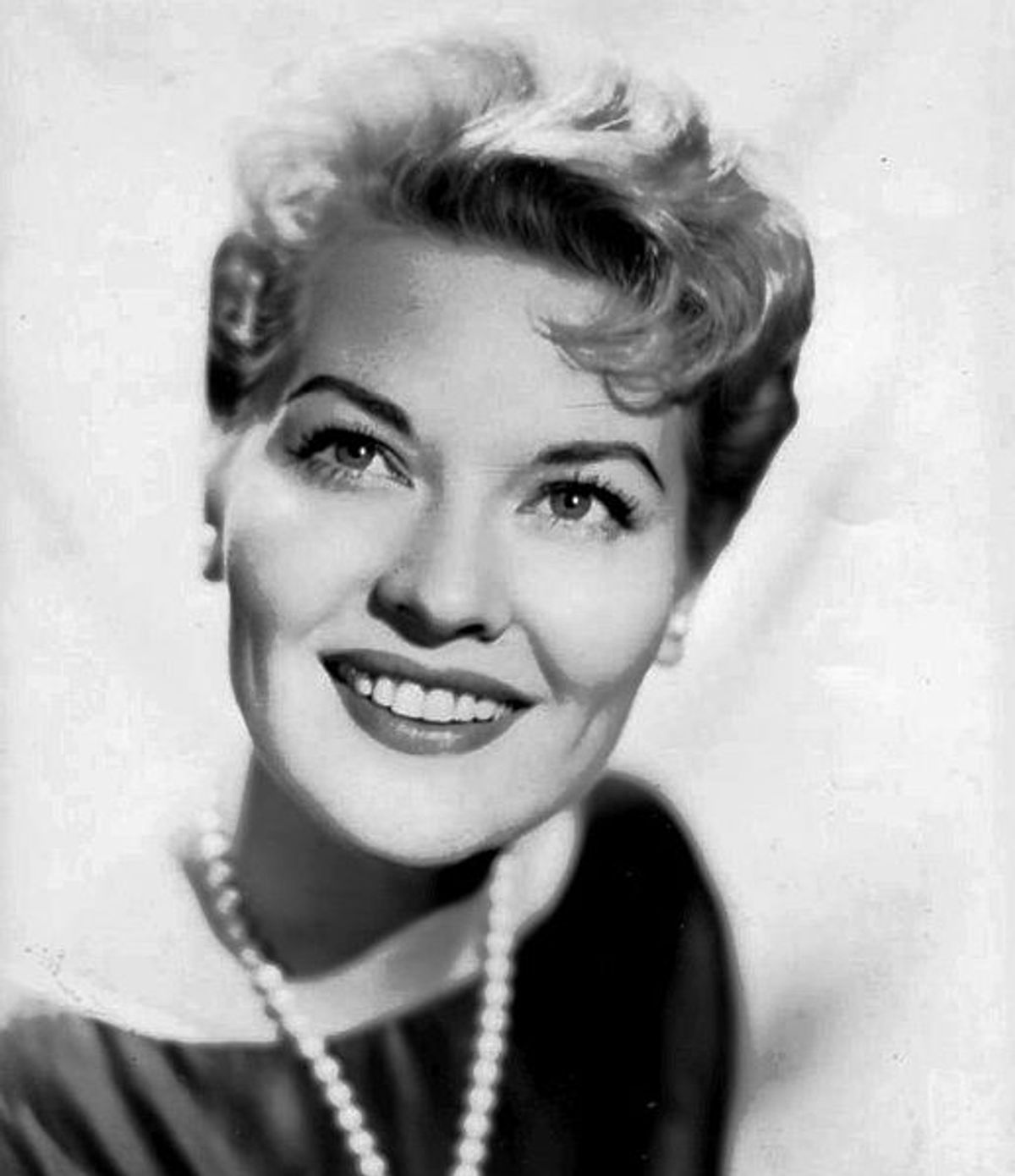 NASHVILLE, Tenn. (AP) -- Unforgettable songs like "Tennessee Waltz" and "(How Much Is That) Doggie in the Window" made Patti Page the best-selling female singer of the 1950s and a star who would spend much of the rest of her life traveling the world.

When unspecified health problems finally stopped her decades of touring, though, Page wrote a sad-but-resolute letter to her fans late last year about the change.

"Although I feel I still have the voice God gave me, physical impairments are preventing me from using that voice as I had for so many years," Page wrote. "It is only He who knows what the future holds."

Page died on New Year's Day in Encinitas, Calif., according to publicist Schatzi Hageman, ending one of pop music's most diverse careers. She was 85 and just five weeks away from being honored at the Grammy Awards with a Lifetime Achievement Award from The Recording Academy.

Page achieved several career milestones in American pop culture, but she'll be remembered for indelible hits that crossed the artificial categorizations of music and remained atop the charts for months to reach a truly national audience.

"Tennessee Waltz" scored the rare achievement of reaching No. 1 on the pop, country and R&B charts simultaneously and was officially adopted as one of two official songs by the state of Tennessee. Its reach was so powerful, six other artists reached the charts the following year with covers.

Two other hits, "I Went To Your Wedding" and "Doggie in the Window," which had a second life for decades as a children's song, each spent more than two months at No. 1. Other hits included "Mockin' Bird Hill," "Hush, Hush, Sweet Charlotte," and "Allegheny Moon." She teamed with George Jones on "You Never Looked That Good When You Were Mine."

Page was one of the last surviving American singers who was popular in the pre-Elvis Presley era when songs on the pop charts leaned more toward innocence than rock `n' roll's overt obsession with sex. Page proved herself something of a match for the rockers, continuing to place songs on the charts into the 1960s.

Page never kept track, but was told late in life that she'd recorded more than 1,000 songs. That's not what she had in her mind growing up as young Clara Ann Fowler.

"I was a kid from Oklahoma who never wanted to be a singer, but was told I could sing," she said in a 1999 interview. "And things snowballed."

Her popularity transcended music. She became the first singer to have television programs on all three major networks, including "The Patti Page Show" on ABC.

She was popular in pop music and country and became the first singer to have television programs on all three major networks, including "The Patti Page Show" on ABC. In films Page co-starred with Burt Lancaster in his Oscar-winning appearance of "Elmer Gantry," and she appeared in "Dondi" with David Janssen and in "Boy's Night Out" with James Garner and Kim Novak.

She also starred on stage in the musical comedy "Annie Get Your Gun."

In 1999, after 51 years of performing, Page won her first Grammy for traditional pop vocal performance for "Live at Carnegie Hall - The 50th Anniversary Concert." Page was planning to attend a special ceremony on Feb. 9 in Los Angeles where she was to receive a lifetime achievement award from The Recording Academy.

Neil Portnow, the Academy's president and CEO, said he spoke with Page and she had been "grateful and excited" to receive the honor. "Our industry has lost a remarkable talent and a true gift, and our sincere condolences go out to her family, friends and fans who were inspired by her work."

Page was born Nov. 8, 1927, in Claremore, Okla. The family of three boys and eight girls moved a few years later to nearby Tulsa.

She got her stage name working at radio station KTUL, which had a 15-minute program sponsored by Page Milk Co. The regular Patti Page singer left and was replaced by Fowler, who took the name with her on the road to stardom.

Page was discovered by Jack Rael, a band leader who was making a stop in Tulsa in 1946 when he heard Page sing on the radio. Rael called KTUL asking where the broadcast originated. When told Page was a local singer, he quickly arranged an interview and abandoned his career to be Page's manager.

A year later she signed a contract with Mercury Records and began appearing in nightclubs in the Chicago area.

Her first major hit was "With My Eyes Wide Open I'm Dreaming," but she got noticed a few years earlier in 1947 with "Confess."

She created a distinctive sound for the music industry on that song by overdubbing her own voice when she didn't have enough money to hire backup singers for the single.

"We would have to pay for all those expenses because Mercury felt that I had not as yet received any national recognition that would merit Mercury paying for it," Page once said.

"Tennessee Waltz," her biggest selling record, was a fluke.

Page and Rael got hold of "Tennessee Waltz," convinced that a pop artist could make a smash hit out of it. Mercury agreed to put it on the B-side of the Christmas song.

"Tennessee Waltz" became the first pop tune that crossed over into a big country hit.

The waltz was on the charts for 30 weeks, 12 of them in the top 10, and eventually sold more than 10 million copies, behind only "White Christmas" by Bing Crosby at the time.

She received the Pioneer Award from the Academy of Country Music in 1980. She also is a member of the Oklahoma Jazz Hall of Fame.

In her later career, Page and husband Jerry Filiciotto spent half the year living in Southern California and half in an 1830s farmhouse in New Hampshire. He died in 2009.