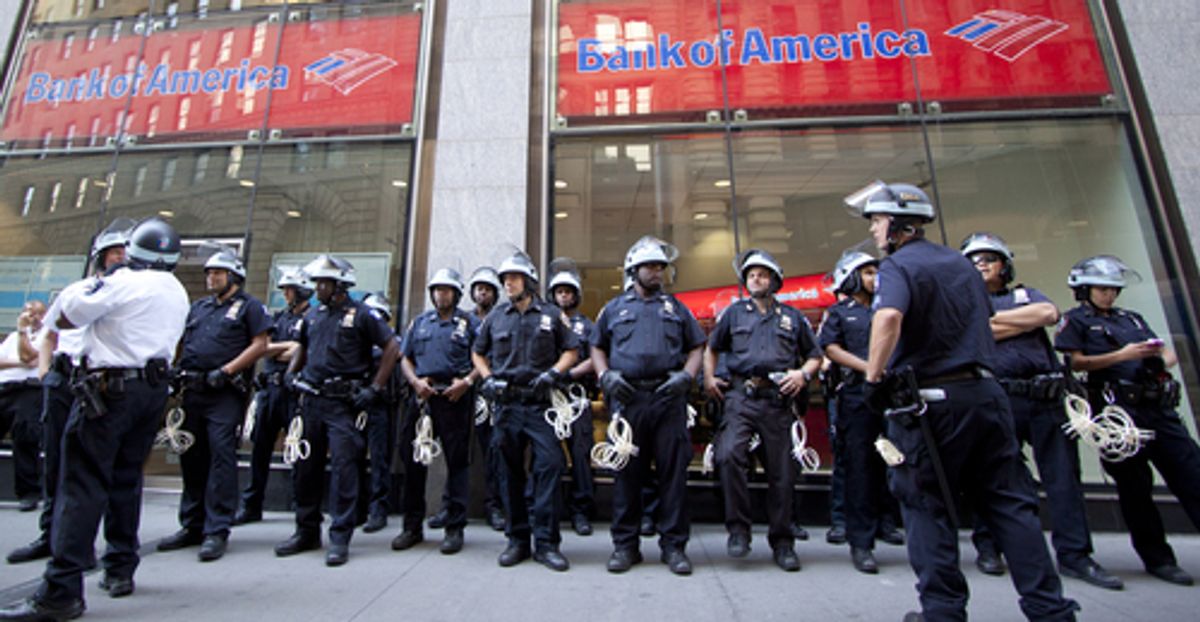 The intractable fusion of Wall Street and government interests was a major focus of many Occupy Wall Street protests in 2011. There is some dark irony, then, that an FBI program specifically dedicated to the partnership between the FBI, DHS and the private sector monitored the protests, providing information and tips to corporate partners on interacting with and combating Occupy groups.

According to FBI documents obtained through FOIA by the Partnership for Civil Justice Fund, the Domestic Security Alliance Council (DSAC) -- "a strategic partnership between the FBI, the Department of Homeland Security and the private sector" -- produced a report specifically for the use of "the corporate security community" on the Occupy protests that aimed to shut down West Coast ports. DSAC also issued tips to corporate clients advising that they avoid "all large gatherings relating to civil issues." As Mara Verheyden-Hilliard, executive director of the Partnership for Civil Justice Fund (PCJF) put it, such documents show "federal agencies functioning as a de facto intelligence arm of Wall Street and Corporate America."

The FOIA'ed FBI documents have garnered much attention from civil liberties advocates for highlighting the coordination between federal agencies, local police departments, fusion centers and  hired corporate security firms in surveying, policing and ultimately cracking down on Occupy encampments and days of action. As a number of outlets have noted, PCJF's  findings also show how the authorities had long framed Occupy as a potential terrorist or criminal threat.

It seems particularly worth stressing the aid given by federal agencies to the corporate security community -- best evidenced by DSAC's involvement. In the Guardian, Naomi Wolf described the picture painted by the FBI documents as "Orwellian." DSAC's involvement even verges on the Kafkaesque -- protests against the total elision under late capitalism of corporate and state interests are monitored and policed by the elision of state and corporate security apparatus.