Hillary, coming to a theater near you? 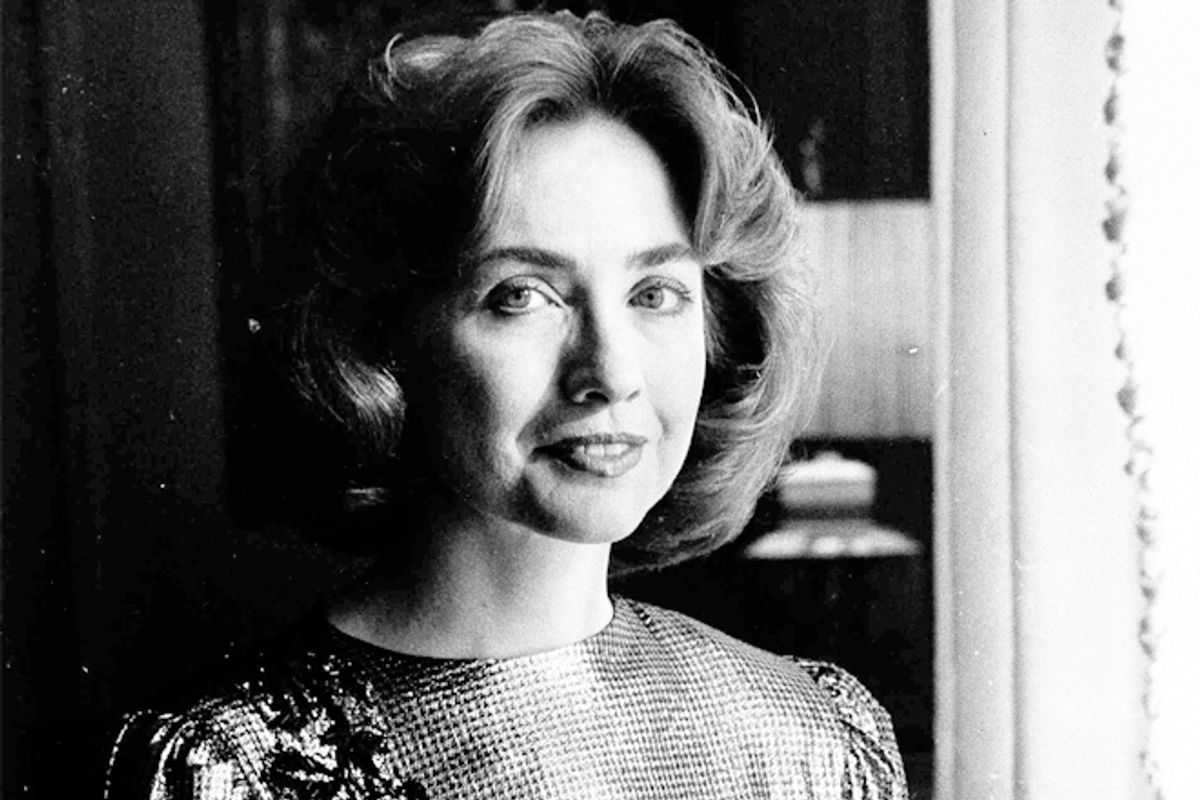 As Secretary of State Hillary Clinton continues to recuperate from a blood clot, there’s some good news for her — presuming she has some Hollywood aspirations. Politico reports today on the screenplay "Rodham," one that ranked on last year’s Black List poll of Hollywood types on the best unproduced scripts.

While there’s no guarantee that "Rodham" will be made (and while its existence isn’t exactly new — Slate reported on Young Il Kim’s screenplay last month), the Politico brief is evidence of a level of public interest in Secretary Clinton that's high even by the usual standard.

The former first lady has long been a popular subject of fiction: She was played by Hope Davis in the HBO film "The Special Relationship," and fictionalized lightly by Emma Thompson in "Primary Colors" and heavily, it was speculated, by Cherry Jones on the TV series "24." (“I got so tired of everyone saying, 'Is it Hillary?',” Ms. Jones said of her role as the nation’s first female president.) But "Rodham" would be a different thing, focusing on the pre-Clinton years for Hill-Rod; per Politico, the “screenplay follows a 20-something Hillary Rodham as she’s trying to decide between her career and boyfriend.” (About as much surprise here as in "Titanic": She chose the boyfriend, but made Arkansas work for her.)

The prequel to a familiar story about an iconic, powerful blonde beginning her lifelong struggle to have it all? If the whole feature-film thing doesn’t work out, maybe Mr. Kim could revise it for TV. Call it "The Hillary Diaries."