The ever-changing ideologies of Jane Roe 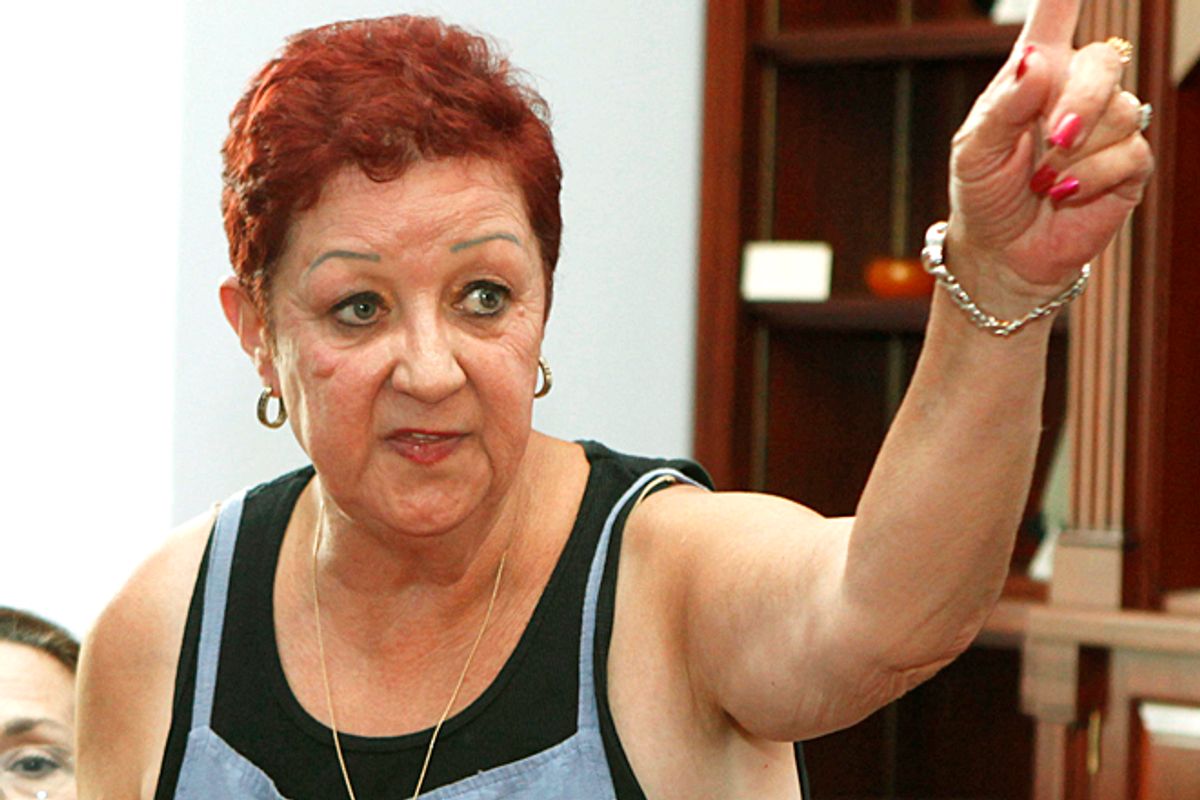 Four decades ago, she was known as Jane Roe. She was already a mother, and when she became pregnant again she fought, all the way to the Supreme Court, for the right to terminate. And though that eventual decision came too late for her to act upon it, it changed reproductive freedom in this country -- and has been hotly fought over ever since. But Norma McCorvey has long made it clear she isn't the patron saint of abortion. And in a new profile in Vanity Fair to mark the 40th anniversary of Roe v. Wade, she emerges as the most contradictory of figures, a woman who has built a career around disavowing her role in a history-making case.

McCorvey wasn't interviewed for Joshua Prager's profile. "I almost forgot i have a one thousand dollar fee," she texted him when he requested to speak to her. And when he declined to pay, she replied, "Then we wont speak." Why should she, when being Jane Roe has been her job? It's a job that has exasperated pro-choice activists and been exploited by the far right. Just last summer, "legitimate rape" expert Todd Akin erroneously cited her example as "false claims like those made in Roe v. Wade."

But others around McCorvey – including her daughter, her mother and her former partner Connie Gonzales -- have something to say. It's no secret that McCorvey is today a vocal anti-choice activist. But Prager's story reveals just how calculated and opportunistic that conversion has been for McCorvey. He describes how, way back in 1988, McCorvey "teamed up with a lawyer, an advertising executive, and a businesswoman in Texas" to try to sell signed copies of the first page of the Roe v. Wade decision. She converted to Christianity in the mid-'90s, and became a Catholic in 1998 -- a move that required an image change. And so, after living openly as a gay woman, she now declared that "I am not a lesbian. I'm just a child in Christ now." Her daughter Melissa tells Vanity Fair that after that, she continued on the antiabortion circuit with her partner Gonzales, introducing her to people with a "This is my aunt," or "This is my godmother," or "This is my cousin."

Over the years, McCorvey has drawn a salary from Roe No More Ministries and has inked lucrative book deals. This past fall, she appeared in a political ad in Florida urging voters, "Do not vote for Barack Obama. He murders babies." The ad features images of dismembered fetuses with the plaintive cries of "Mommy!" echoing faintly in the background.

You'd think that having Jane Roe herself speaking out against baby-murdering would be a bigger deal. Yet McCorvey has never been able to rise to the heights of true anti-choice superstardom. In a culture where just having a clever Twitter feed can make you famous, McCorvey may possess conviction, but she lacks a certain canniness. And the woman once represented by spotlight hogger extraordinaire Gloria Allred seems unable to successfully leverage her brand as life-loving ex-lesbian. Today, according to her pastor Father Frank Pavone, she "subsists on free room and board from strangers and 'a few hundred dollars here and there' from his church."

Today, Father Pavone says, "The big temptation on the pro-life side to view this person as a trophy" -- a trophy with ever-dimminishing value. As Erin Way, another of Prager's interviewees says, after being gay and ex-gay, pro and anti-abortion, McCorvey "doesn’t have a side that she can belong to." She's forever linked with the word "choice," and has lived a life of ever-changing choices. And the woman whose crusade helped redefine when, how and if generations of American women choose to become mothers is, at age 65, now defined best as a lost child. She is, Way says, "a little bit of an orphan."