Indian politician accused of rape is stripped and publicly beaten 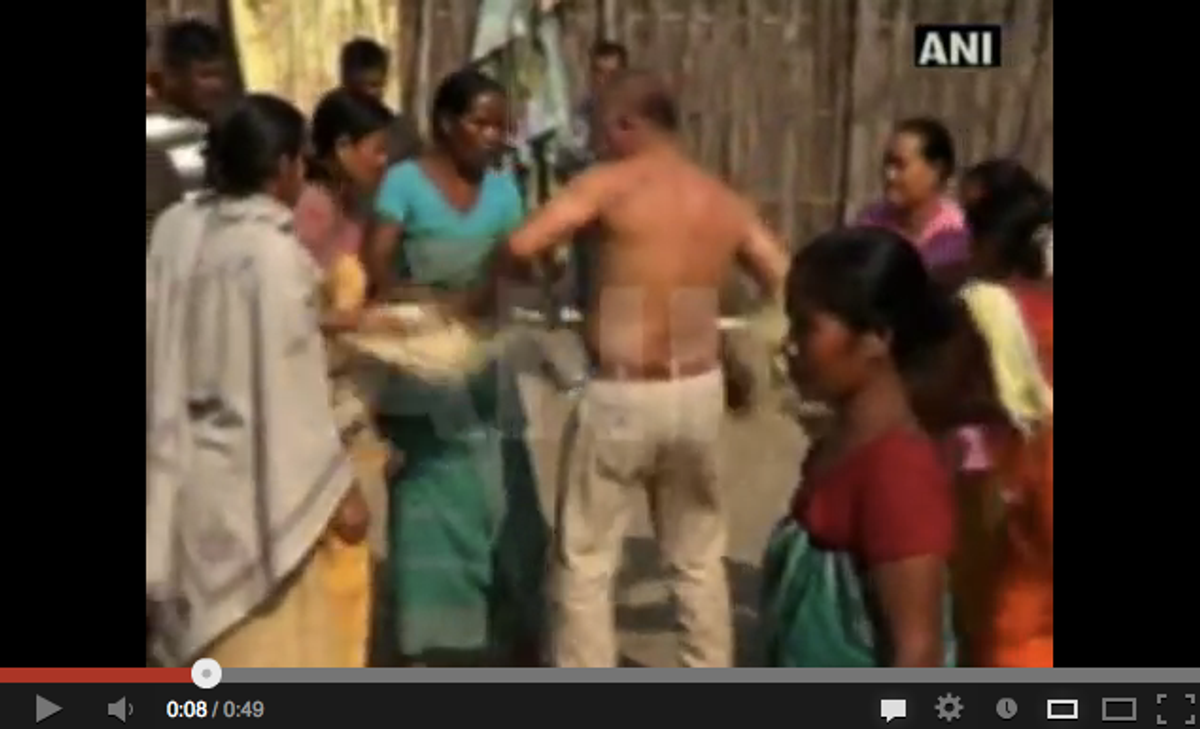 As the five men charged in the gang-rape of a 23-year-old woman on New Delhi bus face murder charges, a politician in northeast India accused of rape was stripped and beaten by a crowd of women.

Bikram Singh Brahma is a member of the Congress Party in Assam and president of a district Congress committee in the state. He was arrested Thursday in the rape of a woman in Chirang, a district in Assam. As the New York Times reports:

“A case has been registered against him under I.P.C. 376 by the lady’s husband,” G. P. Singh, the zonal inspector general of police, said in a telephone interview, referring to the section of the Indian penal code that applies to rape.

Mr. Brahma attacked the woman Wednesday night while he was staying at her family’s house, Mr. Singh said on Thursday. “He was staying at their house, and under what circumstances will be the subject matter of the investigation,” he added.

Local television stations released a video of a group of women tearing off Mr. Brahma’s shirt and hitting him on the face and stomach.