Lesson of the failed Boehner coup: We're dealing with idiots

No one leads or controls the House's crazy caucus, and they're going to bumble us into catastrophe 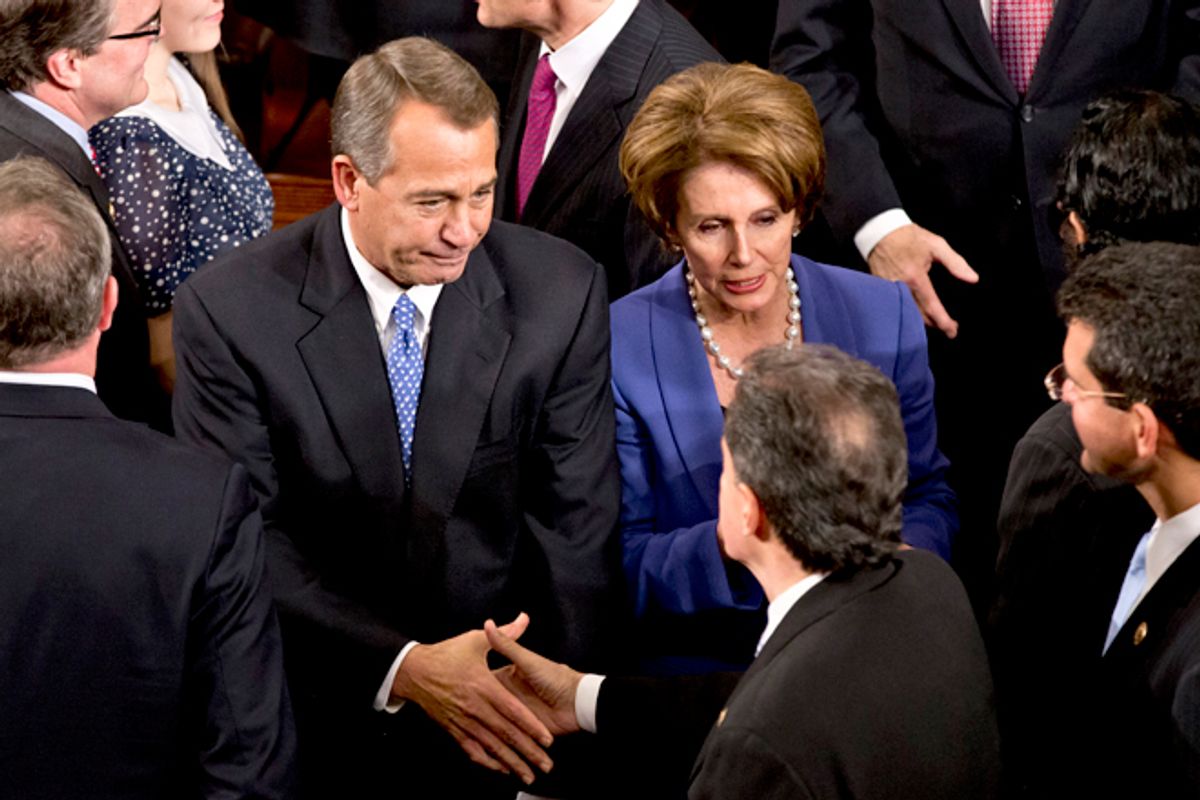 By now you've probably read one of the stories of the failed attempt by a handful of conservative members of the House GOP caucus to remove John Boehner as speaker of the House. If you haven't, Joshua Green has a handy summary. Nine members ended up voting against Boehner, eight short of the number that would've forced a second ballot, and all involved in the failed ouster humiliated themselves in the most public fashion possible.

One problem was a lack of leadership. If, say, Eric Cantor had actually wanted the job, he could've organized the coup and succeeded. But Eric Cantor didn't want the job. The bigger problem, then, was a lack of intelligence. The crazy caucus failed spectacularly at all aspects of the attempted conspiracy, from planning to execution. They waited until the last minute to approach potential allies, failed to count their own votes correctly, and didn't even all figure out who they were supposed to vote for instead. Their plan was apparently to embarrass Boehner into resigning, in favor of ... someone to be decided later. Candidates voted for by plotters included departing Rep. Allen West and former Comptroller David Walker, who are basically the opposites of one another.

This spectacular display of idiocy is, in microcosm, why negotiating with the House GOP is impossible. Because common negotiation tactics require dealing with an opposition that understands reality. "Leverage" only works against rational people. A large number of House Republicans aren't just "nihilists," willing to blow up the economy to get what they want, they're plain morons who have impossible and horrible goals and no clue whatsoever how to reach them.

Rep. Tim Huelskamp, R-Kan., who held an iPad listing the names of would-be anti-Boehner conspirators in full view of a journalist's camera, is an idiot. He is not just a person whose politics I find distasteful or extremist, he is a dumber-than-average human. Paul Broun and Louie Gohmert are two of the dumbest people on Earth. In a slightly better functioning political world, these three would just do what their smarter leader told them to do. Instead, they and their colleagues have forced their leader to act as if he is as dumb as they are regarding the process of governing. Boehner's new position is that he will not attempt to negotiate with the party that shares control of the government, which makes no sense as a strategy for achieving conservative policy goals, but makes sense if you think the best way to achieve conservative policy goals is to destroy the country until everyone agrees with you.

As we race to the coming debt ceiling fiasco, please remember that while John Boehner and Eric Cantor and Paul Ryan know that raising the debt ceiling is a thing that just has to be done, there is no indication that the Gohmerts, Huelskamps, Steve Kings and Michele Bachmanns of their caucus agree. You can't negotiate a compromise with people who are positive they'll get their way if they refuse to negotiate at all. You can't avert a catastrophe if you need the assent of people who think the catastrophe is precisely what this country needs to get back on the right track.