Is Spitzer too opinionated for Al Jazeera? 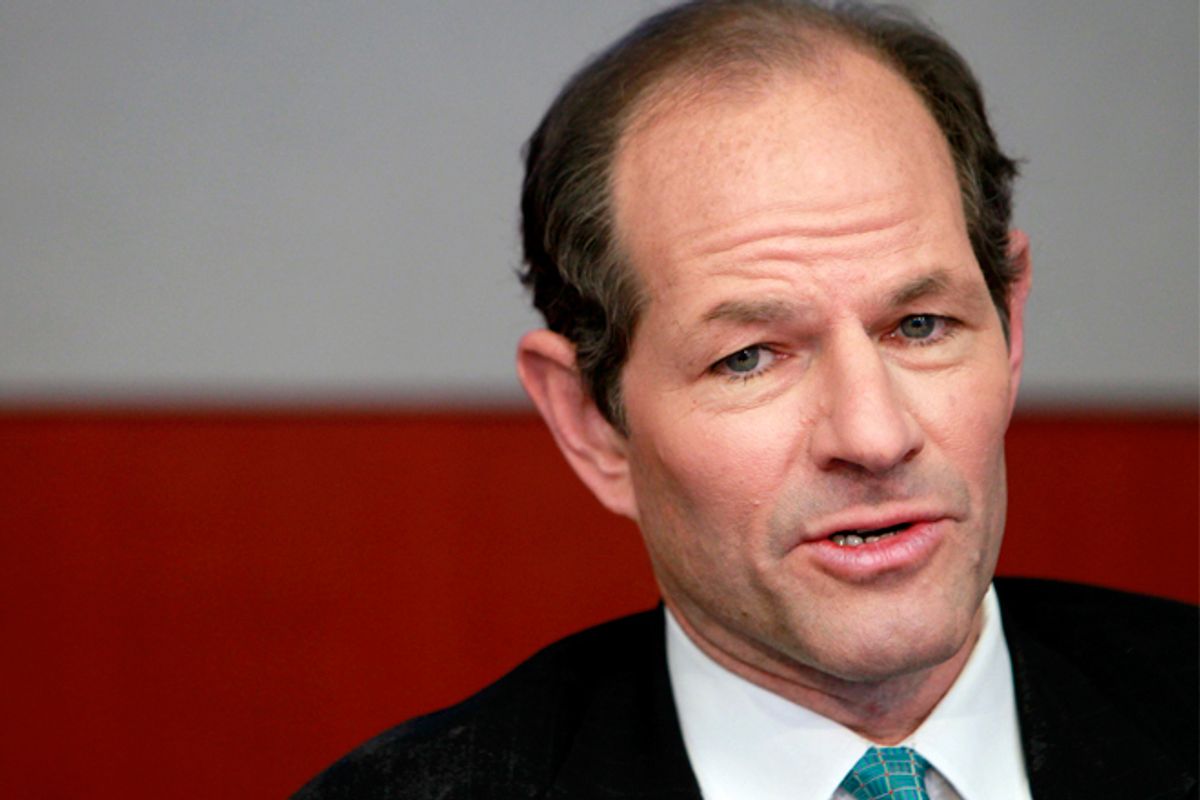 Former New York Gov. Eliot Spitzer has left his nightly news show on Current TV in the wake of the network’s sale to Al Jazeera. The Qatari news network has been seeking an entry into the U.S. television market and will now be doing so without some of Current’s most well-known faces. Spitzer, former Michigan Gov. Jennifer Granholm and California Lt. Gov. Gavin Newsom have all departed the network, though their shows will continue with substitute hosts for 90 days after the sale was finalized, indicated Stan Collender, an Al Jazeera spokesman. After that period has ended (a time during which the network hopes to find office space in New York and a network head), Al Jazeera English coverage of foreign news will air as the schedule is prepared for the network’s launch.

Not that there would necessarily have been a place for Current-style political commentary provocation at the new network, to be called Al Jazeera America. Spitzer indicated to the New York Times that he left the network because advocacy journalism wouldn’t be a fit going forward: “For me, journalism has been more a matter of projecting a particular approach to covering policies, to covering issues … And that doesn’t fit with their vision of what they are going to do.”

Sixty percent of the programming on the network will be news by and for Americans, said Collender, but “it’s news. It’s not news and entertainment.” The Doha-based global network Al Jazeera English has lately been known (among the small number of Americans who can watch it on-air) for evenhanded assessments of foreign affairs. Repurposed content from the global bureaus will be the other 40 percent of Al Jazeera America's programming.

“You won’t see anything about Kim Kardashian,” Collender noted.