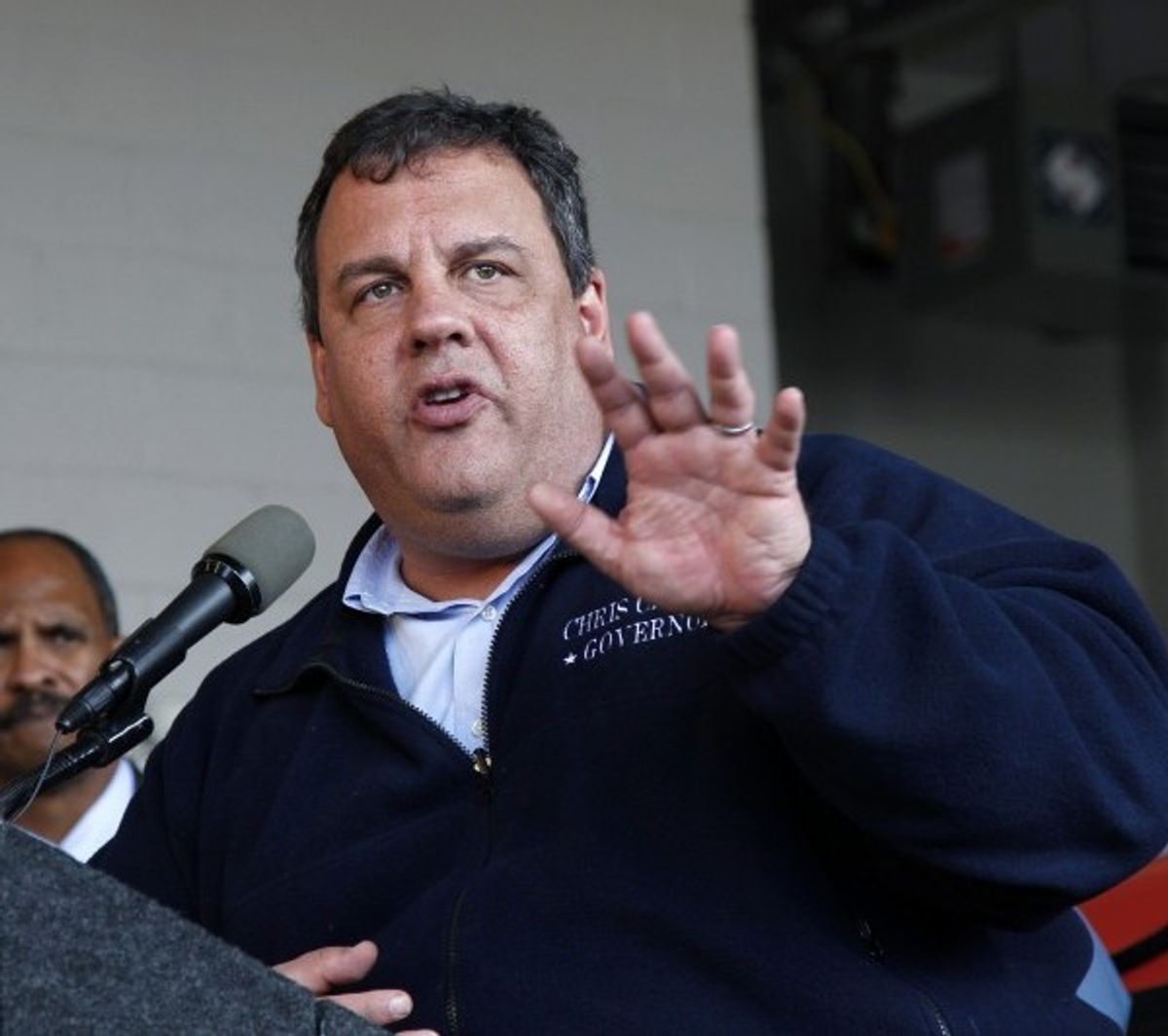 Stephen Sweeney, a Democrat, was speaking at a news conference designed to highlight what he calls Christie's failed economic agenda, and was likely responding to an interview with the governor in the Philadelphia Inquirer, in which Christie said new jobs and rebuilding efforts would stimulate the economy.

"We gave the governor a jobs package. We gave him one. He vetoed it. And his job package is a hurricane," Sweeney said. "I guess he prayed a lot and got lucky a storm came. I shouldn’t say that...I apologize for saying it.”

In that same press conference, Sweeney also said state Democrats were considering  him to run against Christie this fall.

It didn't take long for Christie to respond, in a statement:

It was shocking to hear Senator Sweeney reduce Hurricane Sandy and its devastation to a heartless partisan attack. Ask the thousands of New Jerseyans whose homes or businesses were destroyed or damaged if they view Hurricane Sandy as a partisan political issue, or if this is what they want to hear from their leaders at this time of recovery as we fight for disaster aid in Washington.” .

“No one ‘prayed’ for what New Jersey has endured. This is politics at its worst and Senator Sweeney’s next press release should be to all residents of New Jersey saying he is ashamed of what he said today.”

But that was not his next press release. Sweeney responded to the response with disbelief that "governor has found time to exploit my misstatement." Hasn't he seen this?

Then Sweeney added that "The truth of the matter is the chief politicizer of Sandy has been none other than Chris Christie. There is no better example of this than his appearance on 'Saturday Night Live.'"