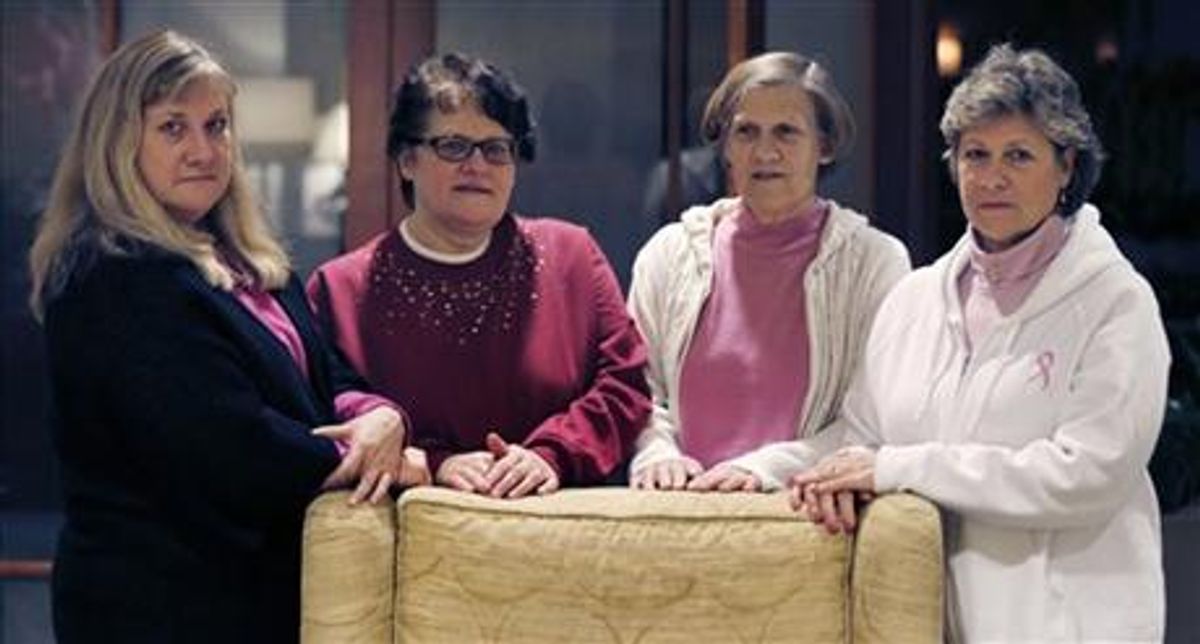 BOSTON (AP) — Testimony is set to begin in a federal lawsuit brought by four sisters who believe their breast cancer was caused by a drug their mother took during pregnancy in the 1950s.

The case involves a synthetic estrogen known as DES, diethylstilbestrol, which was prescribed to millions of pregnant women between the late 1930s and early 1970s to prevent miscarriages, premature births and other problems. Studies later showed the drug did not prevent miscarriages.

The sisters' case is the first to go to trial out of scores of similar claims filed in Boston and around the country. A total of 51 women have DES lawsuits pending in Boston against more than a dozen drug companies that made or marketed DES.

The drug companies argue that no firm link has been established between breast cancer and DES. It was eventually taken off the market after it was linked to a rare vaginal cancer in women whose mothers used DES.

Eli Lilly argues in court documents that there is no evidence that the Melnick sisters' mother even took DES. She and her doctor are dead, and the drug company says there are no medical records documenting her treatment. A company spokesman said Eli Lilly believes the claims are without merit and is prepared to defend against them vigorously.

The Melnick sisters were diagnosed with breast cancer between 1997 and 2003 and had treatments ranging from lump-removal surgery to a full mastectomy, radiation and chemotherapy.

The trial is expected to last several weeks.