A new bill proposes to close the loophole on minting high-value coins to pay off government bills. Really, guys? 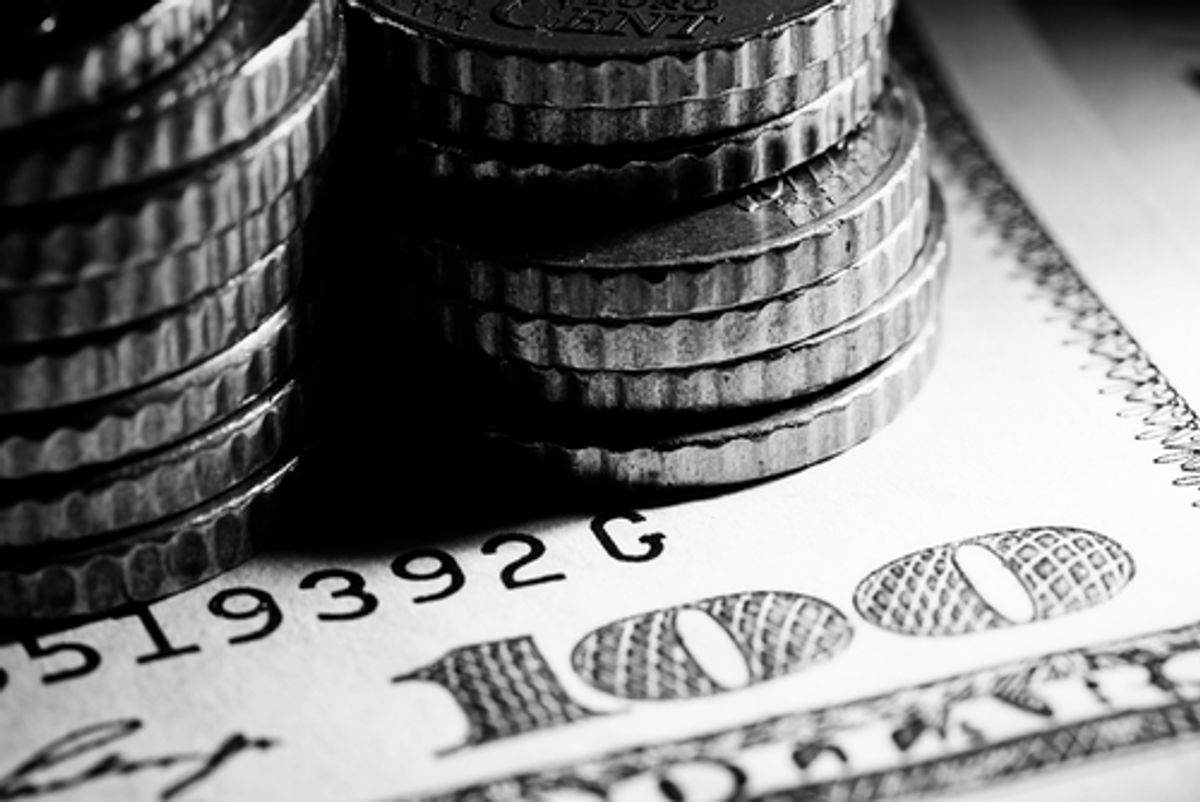 Just so we're all clear, there will be no platinum trillion-dollar coin made with John Boehner's face on it now or any time soon. The entire idea is a silly joke to highlight the absurdity of Republican Congress members threatening to hold the debt ceiling hostage unless the president makes even more spending cuts. But outside the hermetically sealed box, which walls off the political commentariat from the material world, it's not a particularly funny joke.

But all jokes are funniest when taken apart and explained, so I'll give you this one blow by blow. Warning: There's not much of a punch line.

The country is soon approaching its debt limit, which in and of itself is nothing new and scary. It only became a worrying prospect when Tea Party Republicans began in 2011 to threaten to refuse to raise the debt limit, thus risking the U.S. default on its financial commitments, which is roundly considered to be a catastrophe worth avoiding. As in 2011, these Republicans are again threatening not to raise the debt ceiling unless their austerity demands are met.

Enter the platinum trillion-dollar coin -- a gambit expounded by Bloomberg's Josh Barro, Paul Krugman and Rep. Jerrold Nadler, D-N.Y., as a weapon against Republican bullying. The idea is, basically, if Congress won't let the U.S. borrow more money, Obama will simply issue platinum coins with which to pay off government bills, instead of borrowing more.

Obama can't just magic money out of thin air -- but the Treasury Department is permitted to make platinum coins with whatever specifications the Treasury secretary sees fit, including denomination. As Barro noted, "This law was intended to allow the production of commemorative coins for collectors. But it can also be used to create large-denomination coins that Treasury can deposit with the Fed to finance payment of the government's bills, in lieu of issuing debt."

A couple of initial concerns over the coin gambit to clear up first: There doesn't actually need to be $1 trillion of platinum to pull this off. "Less than an ounce [of the metal] will do," noted Barro, as the coins could simply be platinum plated to fall within the minting loopholes.

Secondly, concerns about inflation have rightly arisen but been put to bed. As Barro explained:

If the government financed itself this way in general, that would absolutely be inflationary. But the president can hold inflation expectations steady by making absolutely clear that the policy will not lead to a net change in the money supply over the long term. Obama should pledge that once Congress authorizes additional borrowing, he will direct the Treasury to issue bonds to cover the government's coin-backed spending and then to melt the coin.

The main problem with the minting proposal, highlighted most fervently by the Guardian's Heidi Moore, is that it's not serious. "This is an elegant solution," she wrote, "if you are a cartoon villain given to sitting in a vast underground bunker and innovating plans for world domination while petting a white cat. It makes less sense for real mortals." Even Barro himself, in defense of the plan, agreed that it is probably "silly/zany/juvenile" but, he argued, "it's not a dispositive objection. Republican intransigence over the debt ceiling is juvenile. There is no particular reason that the president should not use a juvenile strategy in response." And Krugman agreed that ridiculous political circuses may well call for absurd interventions. But all these writers are well aware that Obama will not order the minting of a trillion dollar coin.

As Moore pointed out, the only people who seem to be in on the joke are these "impish" bloggers and a handful of politicians:

Those people who can think as far back as 2011 remember that we went through the drill on the platinum coin back then – all the commentary, the punditry, the absurd speculation about it was first created at the time of the last debt-ceiling fight. Then, as now, it attracted the efforts of bored bloggers, chattering among themselves. And guess what? It didn't impress upon Congress the recklessness of their approach. The US came within hours of default anyway. If anything, we have a more unreasonable and humorless Congress, even less likely to be swayed by satire or ridicule. The platinum joke, played once last year, is played out now.

As if to prove Moore's point, Rep. Greg Walden, R-Ore., Monday put forward a serious bill to close the loophole on minting high-value coins to pay off government bills. So the satirical proposal aimed at pointing out and ending Republican childishness has been received with a humorless gravity and is now taking up congressional attention.

Barro wrote that Obama really should put forward the minting proposal as a threat if the debt-limit isn't raised. "Hopefully, inflation hawks will be so alarmed by the president's intention to use his direct monetary authority that they will choose to cut a deal and we'll never actually get to the minting stage," he wrote. But here's the thing about threats: They work less well when you blog about how little intention there is of seeing them carried through.