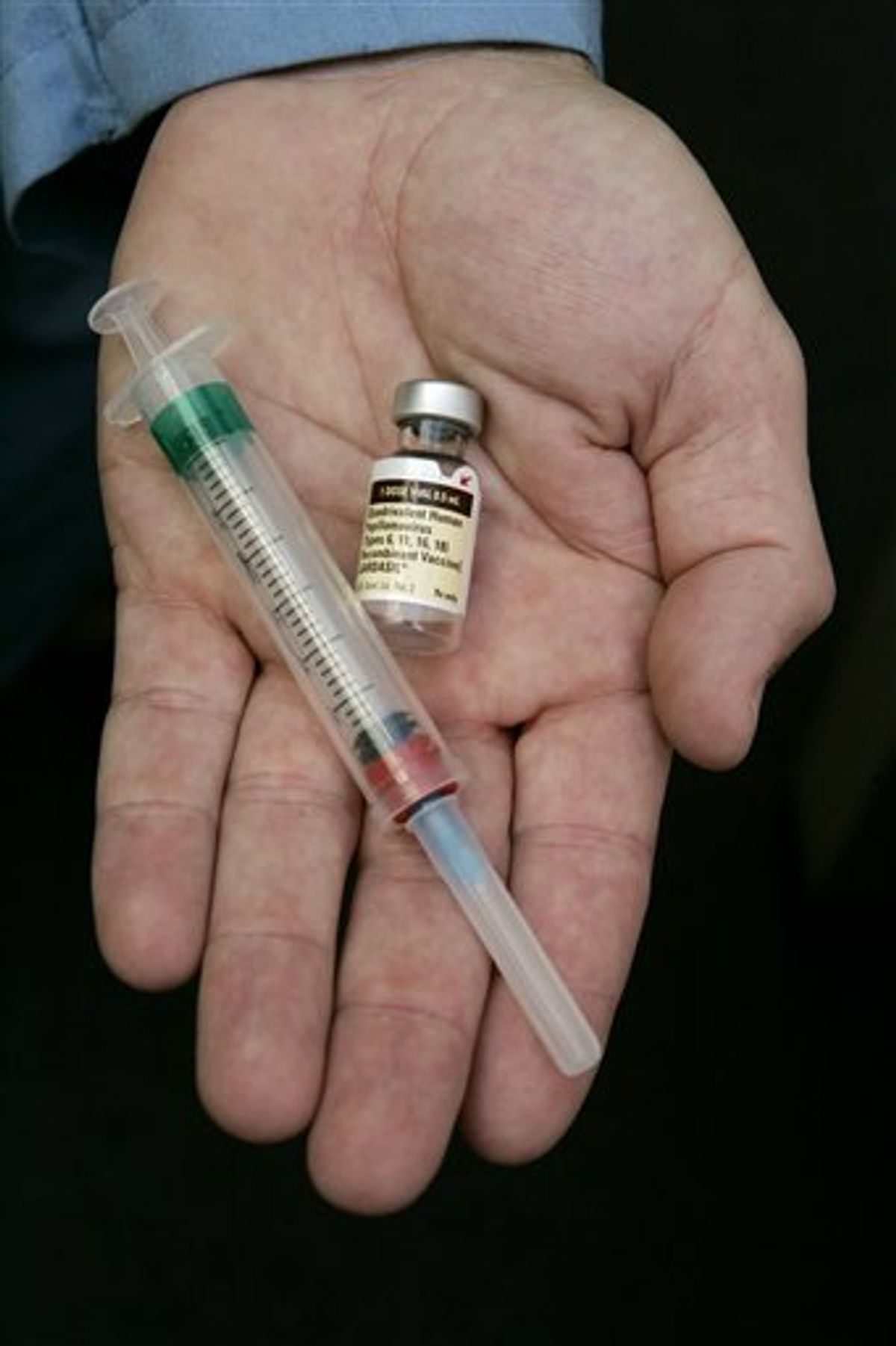 A report published today in the Journal of the National Cancer Institute shows that while cancer rates overall continue to decline in the U.S., rates of human papilloma virus-related cancers remain high.

Here's the insane part: This doesn't have to be the case! There is a vaccine that could help stem the number of cancer deaths --  of the cervix, vulva, vagina, penis, pharynx, anus and throat -- related to HPV each year. It's just that not enough kids are getting it.

The Centers for Disease Control and Prevention began mandating the Gardasil shot for school entry, but parents refused, believing it would only promote sexual activity. (Even though research shows that's not case.) In 2010, fewer than half of girls aged 13-17 had received even one dose of the vaccine, while only 32 percent had received the recommended three doses, according to the report.

Misconceptions about the vaccine and parental squeamishness about inoculating their kids against a sexually transmitted virus make HPV vaccination a touchy subject, but cancer experts insist that it's a hurdle we need to overcome. And soon.