Jack Lew is the president's choice to replace Timothy Geithner, according to multiple reports 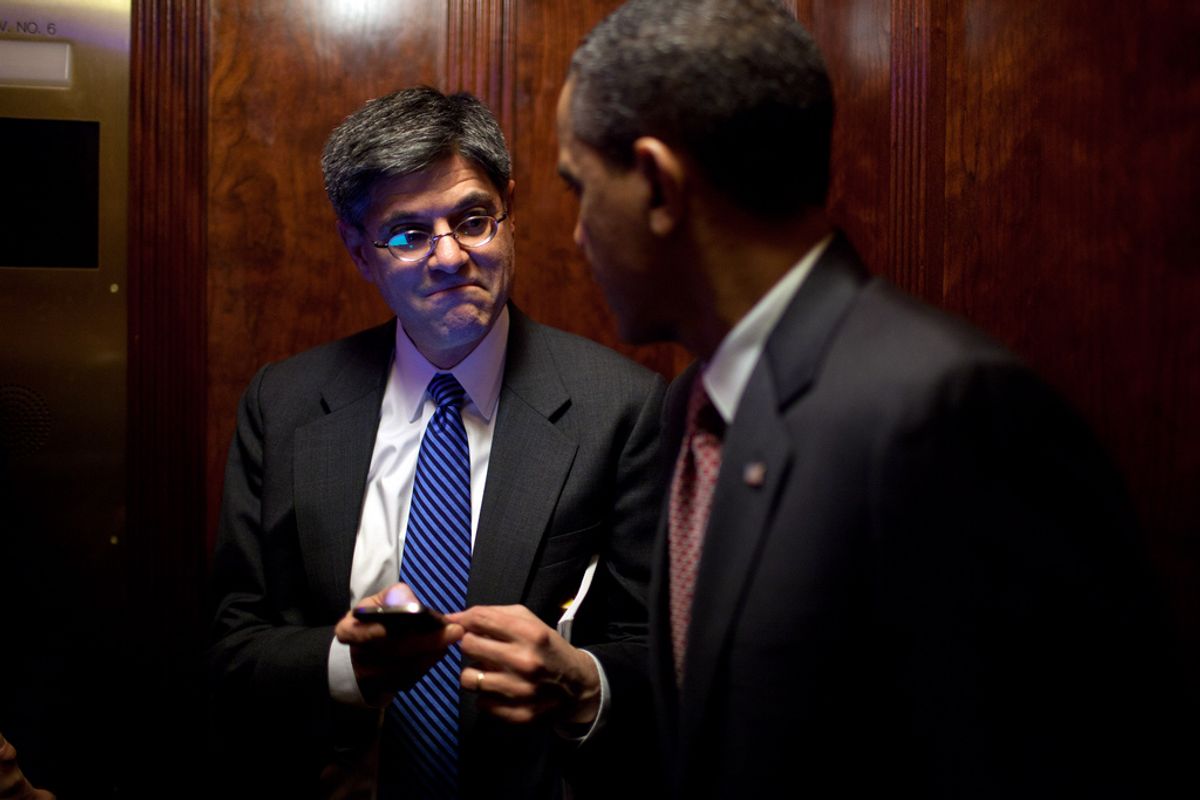 President Obama will reportedly nominate his current chief of staff Jack Lew to replace Timothy Geithner as treasury secretary, according to reports from Bloomberg Businessweek and the Associated Press.

From Hans Nichols at Businessweek, who cites "a person familiar with the process":

Lew, 57, who also has served as director of the Office of Management and Budget, has been offered the Treasury post by Obama, according to the person, who asked for anonymity to discuss personnel matters.

Geithner, 51, the only remaining member of Obama’s original economic team, has told White House officials he doesn’t’ want to serve in a second term and intends to leave the job by the end of the month.

Lew, who must be confirmed by the Senate, is already facing some opposition from Republicans. Politico reports:

[Lew] has irked powerful Republicans like Senate Minority Leader Mitch McConnell during tense negotiations to raise the debt ceiling as well as the final round of talks to avert the fiscal cliff at the end of 2012.

Several Republicans said Tuesday they don’t view Lew as a man interested in hearing GOP concerns. One aide called him “tone deaf” in understanding the compromises that Republicans could accept during high-stakes talks.

Sen. Mike Johanns, R-Neb., told Politico: “I just think there are economic policies in this administration that haven’t been well received, and Jack Lew is in the middle of that." And Sen. Jeff Sessions, R-Ala., said: “We’ve got to have a person who has credibility with the leaders of the American and world economy, someone who has credibility with the Congress, and I would feel like Mr. Lew’s nomination would be a mistake."

As Jon Chait from New York magazine put it: "Obama can’t have a Treasury secretary who agrees with Obama’s policy agenda!"