US suffers far more violent deaths than any other wealthy nation 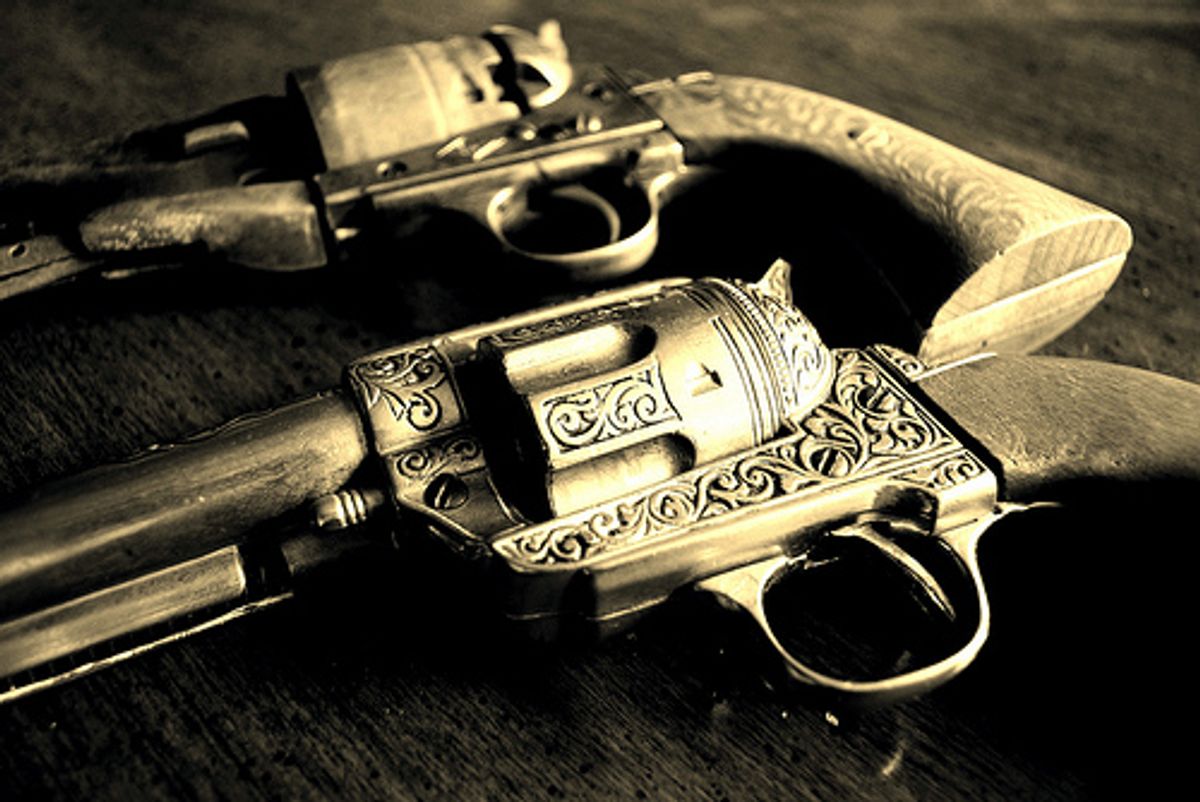 WASHINGTON (AP) — The United States suffers far more violent deaths than any other wealthy nation, due in part to the widespread possession of firearms and the practice of storing them at home in a place that is often unlocked, according to a report released Wednesday by two of the nation's leading health research institutions.

Gun violence is just one of many factors contributing to lower U.S. life expectancy, but the finding took on urgency because the report comes less than a month after the shooting deaths of 26 people at an elementary school in Newtown, Conn.

For many years, Americans have been dying at younger ages that people in almost all other wealthy countries. In addition to the impact of gun violence, Americans consume the most calories among peer countries and get involved in more accidents that involve alcohol. The U.S. also suffers higher rates of drug-related deaths, infant mortality and AIDS.

The nation's health disadvantages have economic consequences. They lead to higher costs for consumers and taxpayers as well as a workforce that remains less healthy than that of other high-income countries.

"With lives and dollars at stake, the United States cannot afford to ignore this problem," said the report from the National Research Council and the Institute of Medicine.

In attempting to explain why Americans are so unhealthy, the researchers looked at three categories: the nation's health care system, harmful behaviors and social and economic conditions. Researchers noted that the U.S. has a large uninsured population compared to other countries with comparable economies, and more limited access to primary care. And although the income of Americans is higher on average than that of other wealthy countries, the United States also has a higher level of poverty, especially among children.

"We have a culture in our country that, among many Americans, cherishes personal autonomy and wants to limit intrusion of government and other entities on our personal lives and also wants to encourage free enterprise and the success of business and industry. Some of those forces may act against the ability to achieve optimal health outcomes," said Dr. Steven H. Woolf of Virginia Commonwealth University, who served as chairman for the study panel.

The National Rifle Association did not immediately return calls seeking comment about the report, but in the past gun-rights advocates have fought any suggestion that firearms ownership has public health implications, and they have won cuts in the government's budget for such research.

The researchers reviewed an array of studies over the years. They estimated that homicide and suicide together account for about a quarter of the years of life lost for U.S. men compared to those in those peer countries. Homicide, they noted, is the second leading cause of death among adolescents and young adults aged 15-24. The large majority of those homicides involve firearms.

The researchers said there is little evidence that violent acts occur more frequently in the United States than elsewhere. It's the lethality of those attacks that stands out.

"One behavior that probably explains the excess lethality of violence and unintentional injuries in the United States is the widespread possession of firearms and the common practice of storing them (often unlocked) at home. The statistics are dramatic," the report said.

Woolf said that researchers had expected that homicide would be an important factor in explaining the health disadvantage that existed in younger adults in the U.S., particularly among young men.

Woolf cited the statistics regarding premature babies and the high prevalence of illness among teenagers as equally disturbing as the statistics on guns and violence.