Allen Thompson is known for making discoveries with satellite views, but his latest baffles even him 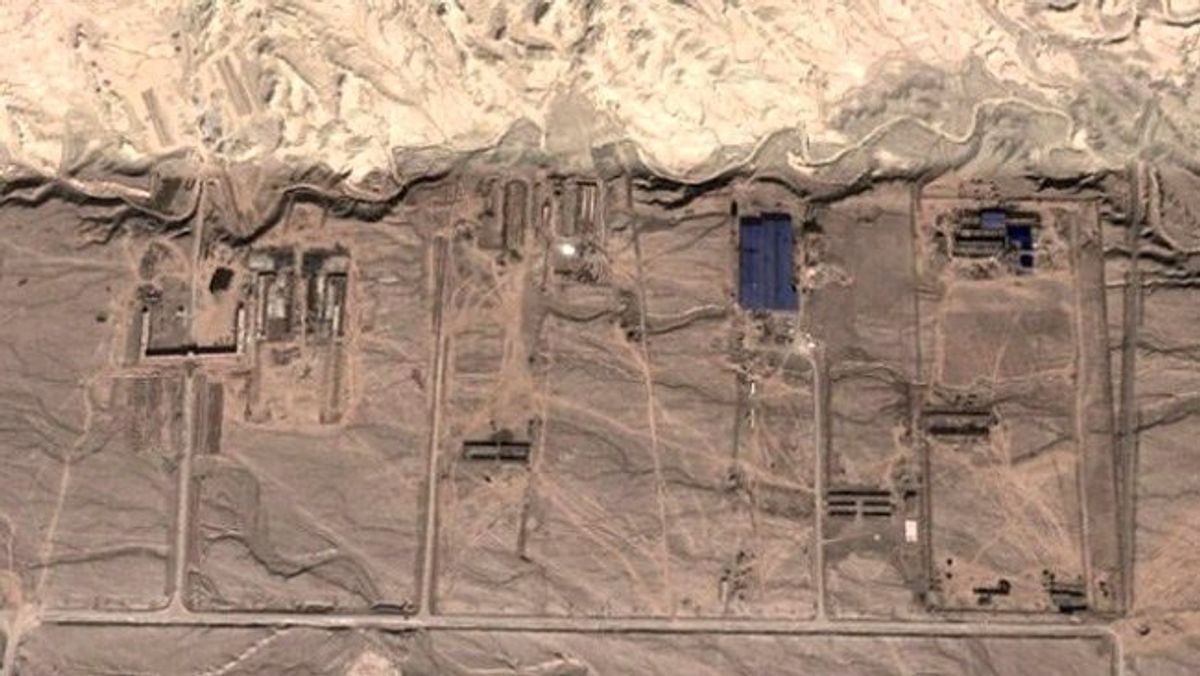 Former CIA analyst Allen Thompson is no stranger to Google Earth exploration. According to Wired's Noah Schachtman, Thompson "has made something of a second career finding odd stuff in public satellite imagery. He discovered... giant grids etched into the Chinese desert in 2011, and a suspected underground missile bunker in Iran in 2008." Last month, he made another discovery, but he's not quite sure of what.

An aerial view of the desert near the small city of Kashgar in southwestern China shows a strange, vast grid structure built into the arid ground. "I haven't the faintest clue what it might be -- but it's extensive, the structures are pretty big and funny-looking, and it went up in what I'd call an incredible hurry," Thompson said.

Guesses that the structure is some sort of underground missile bunker are wholly unconfirmed.