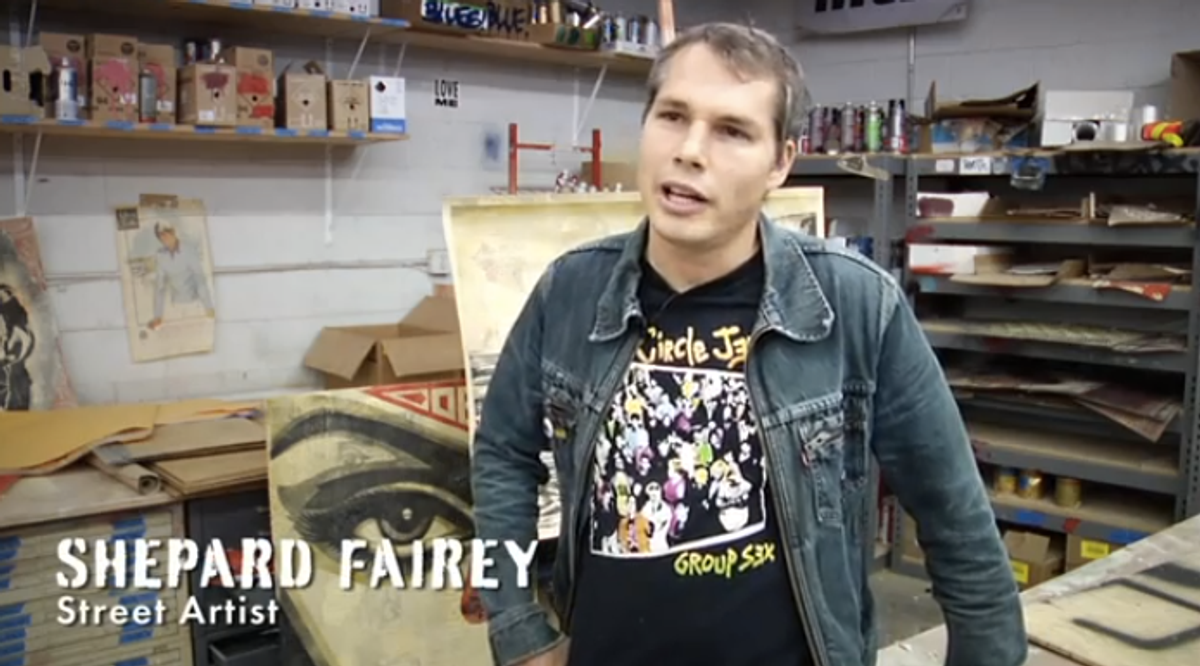 New York-based writer, producer and artist Antonino D'Ambrosio made his directorial debut with "Let Fury Have the Hour," at the Tribeca Film Festival earlier this year, a documentary based on his eponymous book about the 80s punk movement. Patching together art, history and interviews from 50 influential artists, musicians, writers and comedians (think Shepard Fairey, Tom Morello, Edwidge Danticat, John Sayles and Lewis Black), the filmmaker demonstrates how artists organized to create a dialogue, thereby creating a movement, in America.

View the clip below, released exclusively to Salon by CAVU Pictures, in which street artist Shepard Fairey discusses his vision for the future:

The film opened in theatres in New York City on Dec 14th, and extends its reach to San Francisco, Los Angeles and Seattle in the coming months (Jan. 18, 25 and Feb. 15, respectively).