Lindsay Lohan profile proves the value — and rarity — of access

The troubled star's habits are public, but Sunday's New York Times Magazine gives a rare glimpse into her psyche 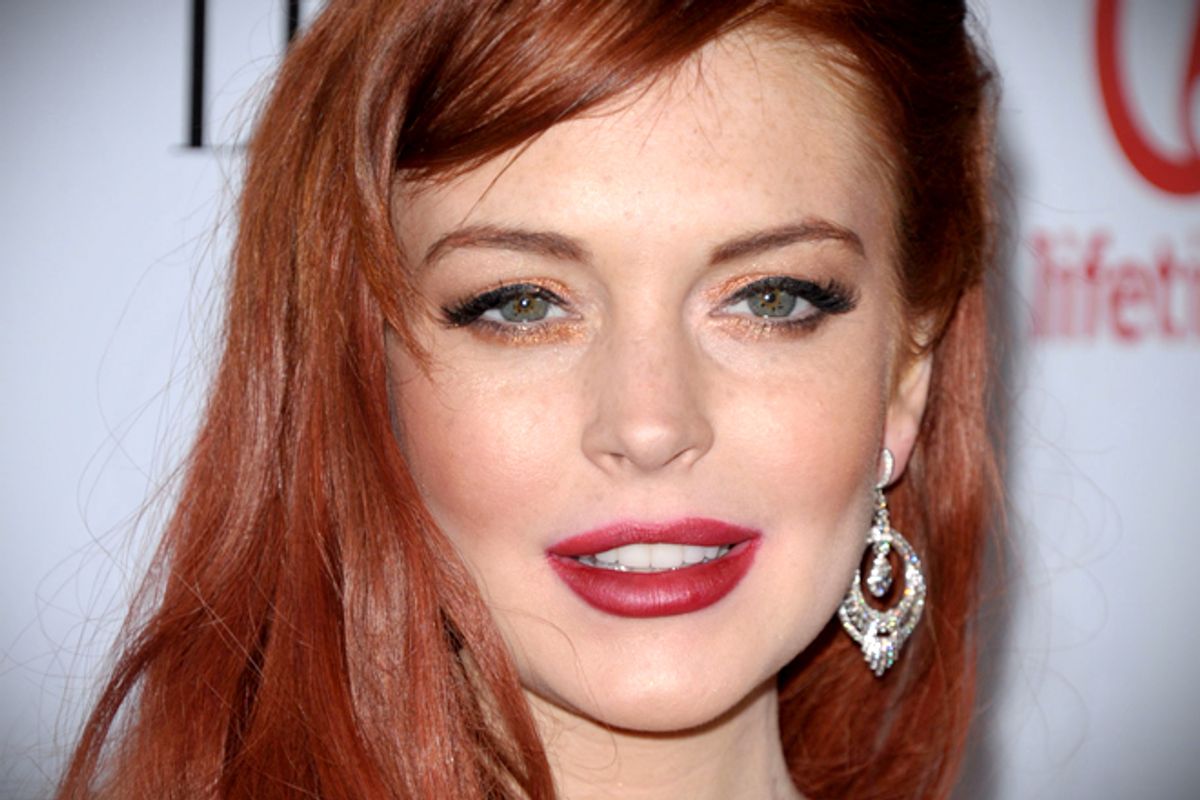 It's pretty rare to learn anything about a celebrity from a celebrity story. Glossy magazines, settling for less and less access, read volumes into what the starlet of the moment ate for lunch, but never seem to catch the stars off-guard. At the moment when appetite for celebrity gossip has never been more ravenous, celebrities themselves have been trained within an inch of their lives (everyone's always the happiest they've ever been), and publicists know to limit the conversations just to lunch.

So it's a surprise of sorts that Lindsay Lohan — who has been burned by her own volubility in print before, after admitting to drug use, then recanting it — was followed through July for the New York Times Magazine, in a lengthy story about the set of her upcoming film, "The Canyons," a tiny, Kickstarter-funded independent film directed by Paul Schrader.

Here are the most surprising revelations about an actress whose habits are public but whose inner self is usually obscure:

Granted, many of these revelations come from people other than Lohan — it would appear that Lohan irritated her co-workers on set so badly that they vented to reporter Stephen Rodrick as an outlet, proving the value of a month's worth of access. After all, when confronted with a direct question about the emotional troubles causing her to act out, Lohan reverts back into her own version of the in-control, guarded celebrity brushing off the journalist: "I can’t cry. I’ve got makeup on."