Forget about that Smiths reunion. Long thought to be on good terms, the band's principals aren't speaking 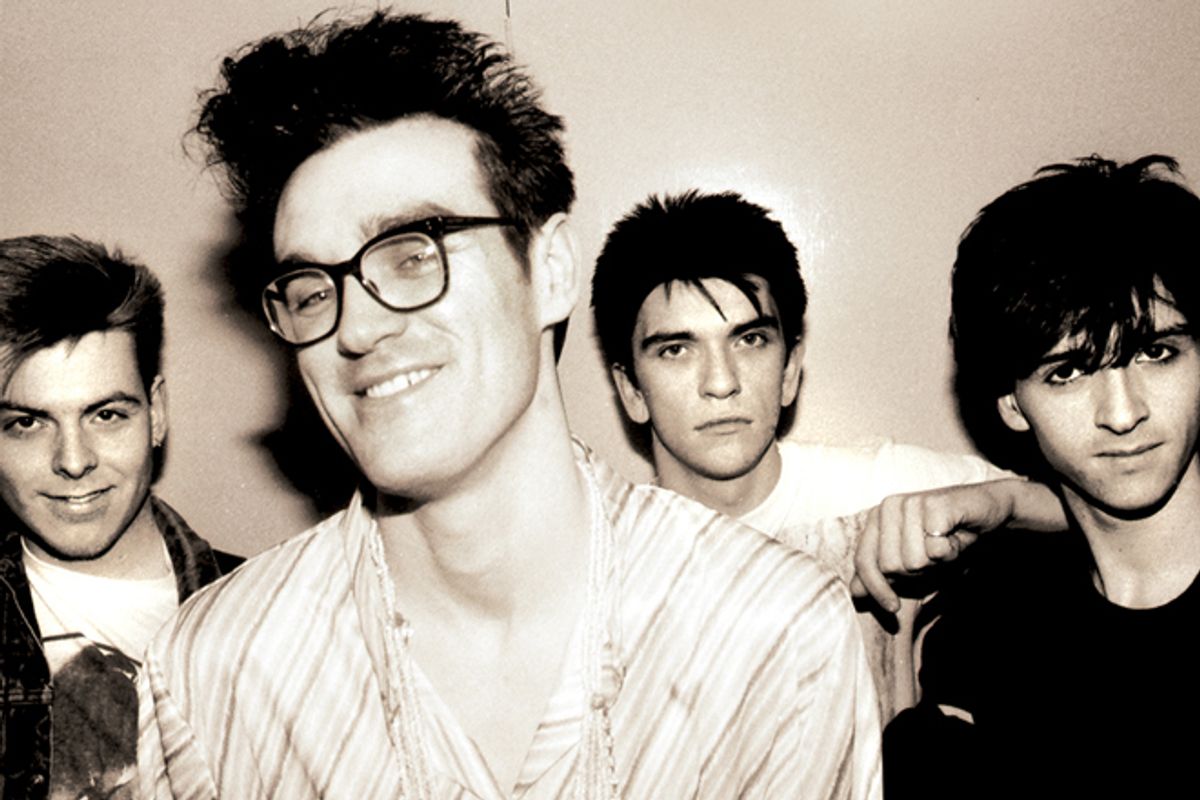 If Morrissey's continued insistence that the Smiths will never reunite hasn't convinced you, perhaps this will: Johnny Marr tells the Guardian that the two have not spoken in years.

"We don't have any reason to, to be honest," he says, with a touch of glumness. When Marr remastered the Smiths' back catalogue two years ago, he emailed Morrissey (along with all his ex-bandmates) saying he could hear the love in the music, but didn't hear back. "It was a nice way to leave it, I think," he considers, tiptoeing carefully around too much discussion of his former partner. "You can only try and be friendly with someone for so long without getting anything back. ...

When Marr started Electronic with Bernard Sumner, Morrissey opined: "He's replaced me. I'm not sure what with." Does Marr think he still feels betrayed? "You never know. I don't have any weirdness about it, or any of them."

Marr, who has a new solo album out later this year that embraces his distinctive sound, after years of hiding from his legacy, says the band did not necessarily have to split when it did in 1987. A meeting that ultimately led to his departure from the band, he says, was really only a plea for a vacation.

"We just needed a reset, to do things differently. Two weeks' holiday would have been nice," he said, adding, "I'm glad I didn't spend 35 years in the same band. It's just not me.

"If we need to think about what went on in the Smiths then we can torture ourselves by reading those books," Marr says, referring to biographies like Tony Fletcher's new book "A Light That Never Goes Out." Fletcher spoke with Salon and shared more details on that meeting in this Salon interview.