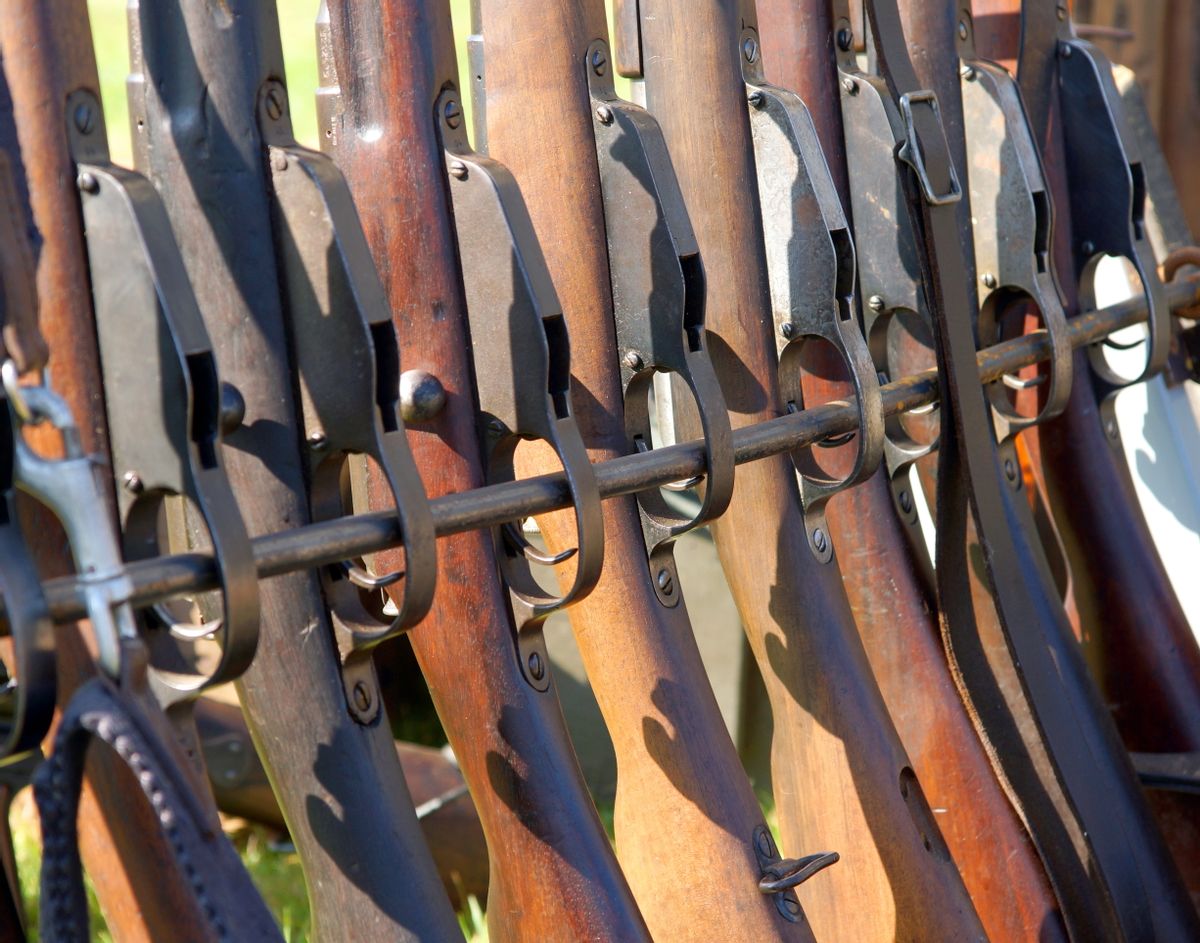 In thousands of comments about Yeager’s YouTube video and another video the unrepentant Tactical Response CEO posted yesterday, Americans wondered if Yeager was breaking the law, or mentally ill, or a perfect example of the need for gun control. “Amazing, really,” wrote a commenter on the Hatewatch blog. “Simply amazing. These people are certifiably insane.” Said another, “These are the words of a real terrorist.” And a third wondered, “Can’t he be arrested for this?”

But the truth is that the death threats from Yeager — a man who is a former police chief, protective services contractor in Iraq, and owner of two companies that provide tactical weapons and training to police and military units — are not unique. Although Yeager said it more clearly than most, and with more profanity, the far right in America generally is reacting to the prospect of gun control with hysteria.

Yeager may well have been set off in the first place by the online Drudge Report, which earlier Wednesday compared the administration to Hitler and Stalin for considering using executive orders to facilitate some gun control measures. But Matt Drudge’s  was the only the latest in a series of furious attacks from the political far right.

The League of the South, a white supremacist secessionist group based in Alabama, on Wednesday said that “the biggest threat is the U.S. government itself” and described the Obama administration as “a criminal regime.” “Those in positions of power who exceed the limits of lawful authority ought to be made to live in mortal fear of their transgressions,” league president Michael Hill said.

A day later, Terry Jones, the Muslim-bashing Florida preacher whose burning of the Koran set off violence in the Middle East, sounded similar. “Every generation needs a revolution,” Jones said. “We must resist the disarming of the American people, if necessary, with violent aggressive opposition. The tree of liberty must be, from time to time, refreshed with the blood of patriots and tyrants.”

Chuck Baldwin, a Montana leader of the antigovernment “Patriot” movement and a pastor, wrote last week, and reiterated yesterday, that semi-automatic weapons were essential to preserve “freedom” and prevent “tyranny.” “Ladies and gentlemen, whatever the consequences might be, and whatever anyone else does or doesn’t do, I am prepared to become an outlaw over this issue! I don’t know how to say it any plainer: I will not register my firearms, and I will not surrender my firearms.” He went on to say that any confiscation attempt would result in a “revolution.”

It wasn’t only acknowledged radicals reacting. In Wyoming, a state where guns are very much a part of life for many, lawmakers have sponsored a bill that would ensure that “any federal law which attempts to ban a semi-automatic firearm or to limit the size of a magazine of a firearm or other limitation on firearms  in this state shall be unenforceable in Wyoming.” Of course, this kind of attempt to “nullify” federal laws dates back to the Civil War and is generally unconstitutional.

Yeager found a virtual cheering section on the radical racist right as well. “He is saying what needs saying and is ready to rock,” wrote “Fred O’Malleu” on the neo-Nazi Vanguard News Network Internet forum. Elsewhere, he added: “He is saying what we should all be saying, LOUD AND FUCKING CLEAR!! … You fucking idiots, if you let them get away with this shit, you have no life left anyway.”

“A line must be drawn in the sand, a small spark could set off the power keg of patriots lets hope it blows sky high,” wrote another commenter on Stormfront, which is the world’s largest white supremacist Web forum. “I see Civil War II on the horizon,” said another. A third commenter, “Rosalynn,” put it like this: “We’ve been putting every extra penny aside to buy more ammunition and hopefully in the next couple of weeks we will also be able to purchase a few more firearms. They can kiss my white butt if they think they are getting any of our guns.”