Medical journals and physicians underplay what treatment is really like. And it hurts patients 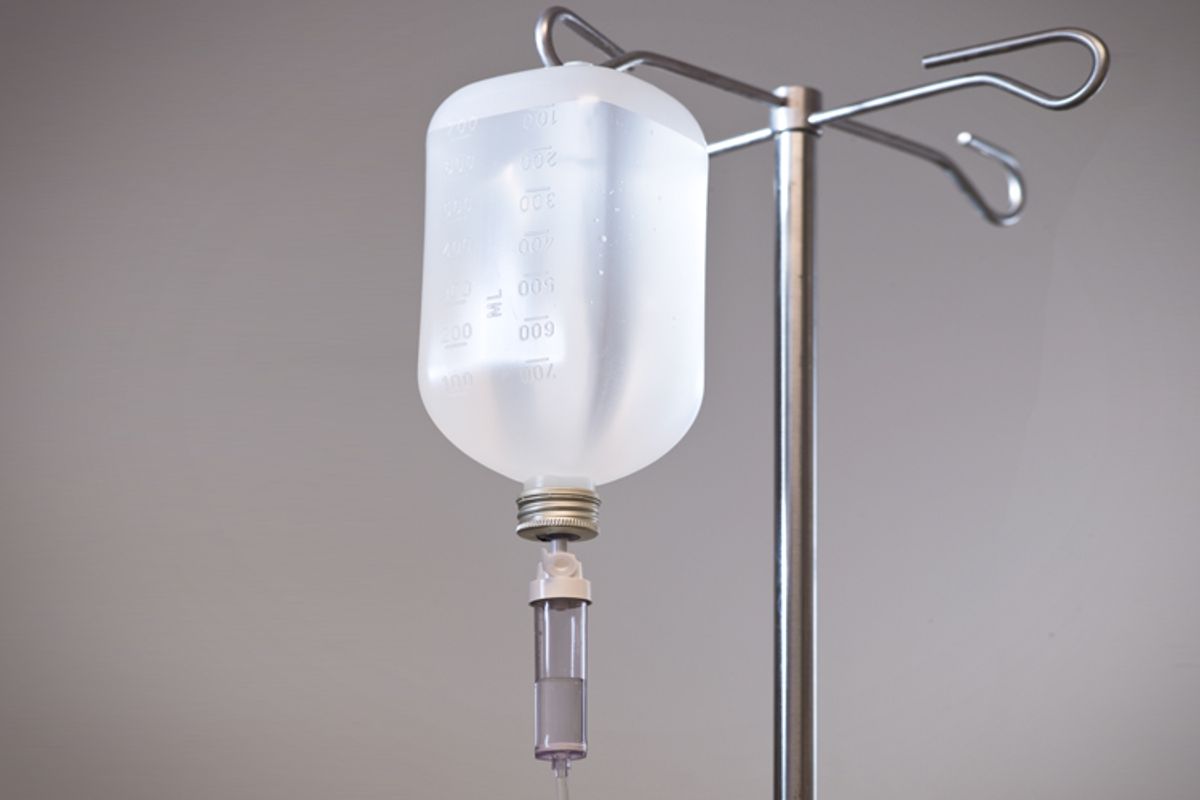 Everyone appreciates a bright perspective, especially in grim circumstances. But you know what's a really poor arena for downplaying the bad news? Medicine.

A new report in the Annals of Oncology this week reveals that in two thirds of breast cancer studies, side effects were downplayed – including serious ones. And, as Reuters reports, it's a field-wide problem in the health care industry: Last fall, cardiology journal editors warned authors to "watch their language" in reporting, and pediatrics researchers warned of "spin and boasting" in their journals.

Aside from the ethical issues of publishing misleading information, the habit of rushing to make it all seem better has serious consequences. Because the sunnyside talk doesn't stop at the journals. It trickles over to doctors, who then minimize what a patient's real experience is going to be like.

And even without overly optimistic literature to inspire them, doctors and their lack of understanding can be an issue. A 2007 study in the journal Drug Safety found that over 60 percent of patients who complained of side effects to a particular drug said "their doctors did not appreciate the impact the symptoms had on their quality of life." At the time, health policy professor Albert W. Wu told American Medical News that doctors "have the bad habit of discounting patients' complaints. In our desire not to worry patients unduly, to persuade them to take their medications as directed, and perhaps because we are pressed for time, we may at times dismiss the problems they mention." Yeah, now tell those of us who've ever been to the doctor something we don't know.

There are a whole mess of problems with doctors misleading patients, however unintentionally they may be doing it, about the potential side effects of treatments, drugs or procedures — and then undervaluing their patients' complaints when they kick in. It isn't just that it sets up patients for more than they may be prepared to bite off. It isn't just that when you underplay side effects and symptoms, you risk ignoring serious health problems. It's also that it's so goddamn frustrating. It's a built-in guilt trip for patients, who wonder why they're having a hard time when they're ostensibly not supposed to be. It pressures them to feel as if they shouldn't complain. It makes them feel like failures for not being good or doing it right. It makes them question what they're going through. And it encourages them to play along with one of the great abiding fictions of illness – that it's all okay; that everything's fine.

This can lead to extreme – and very painful consequences. Earlier this week, I had a conversation with a man who's talked to a lot of palliative and hospice care workers in his time. He told me how all of them have stories about hospital patients dying in agony in emergency rooms because their caregivers -- from family to doctors -- hadn't been able to accurately acknowledge the reality of the patients' health situations. They hadn't been seeing what was really going on. They hadn't, at times, been listening.

In a beautiful and tough New York Times story Thursday, Abby Goodnough introduced readers to Martha Keochareon, a 59-year-old nurse with late-stage pancreatic cancer who offered herself as a subject for a study for other nurses on end-of-life care. In it, Goodnough talked about how Keochareon's doctors initially "dismissed as psychosomatic" her complaints of abdominal pain. At the end of her life, she wanted to teach health care professionals "to just dig a little deeper — you know?"

This is a spectacularly important lesson for all of us, because it's very hard to get by in a culture that minimizes the patient experience and treats pain as if it's something shameful. There's a pervasive cheerleaderism to modern medicine – a rah-rah-you-can-beat-this-and-it's-not-so-bad-right? attitude that can be exhausting and demoralizing. So here's the truth: the physical and inevitable subsequent emotional effects of illness and the medicines we use to treat them are real and they're frequently horrible. They're distracting and depressing and scary. And it's necessary to say that.

I have friends who have done chemo and surgery and other treatments for various ills who now say they're done because it was so bad and they're not going back. And I wonder if it would have been different if their doctors had just said to them initially, "This is going to suck" — if, instead of assuming that patients will always grasp at any straw to live a little longer, the doctors had found the courage to have some honest quality of life conversations.

In the Times story, Goodnough quotes nurse Pam Malloy, who admits, "We live in a death-denying society." A death-denying, pain-denying one. But pain and death happen. Ignoring them doesn't make them go away. Doing so is a placebo that only adds needlessly to suffering. And while the truth never cured anybody, it is a remarkably healing thing.