Will Obama cave on Social Security?

With chained CPI a likely part of any debt ceiling deal, outraged progressives are organizing in advance 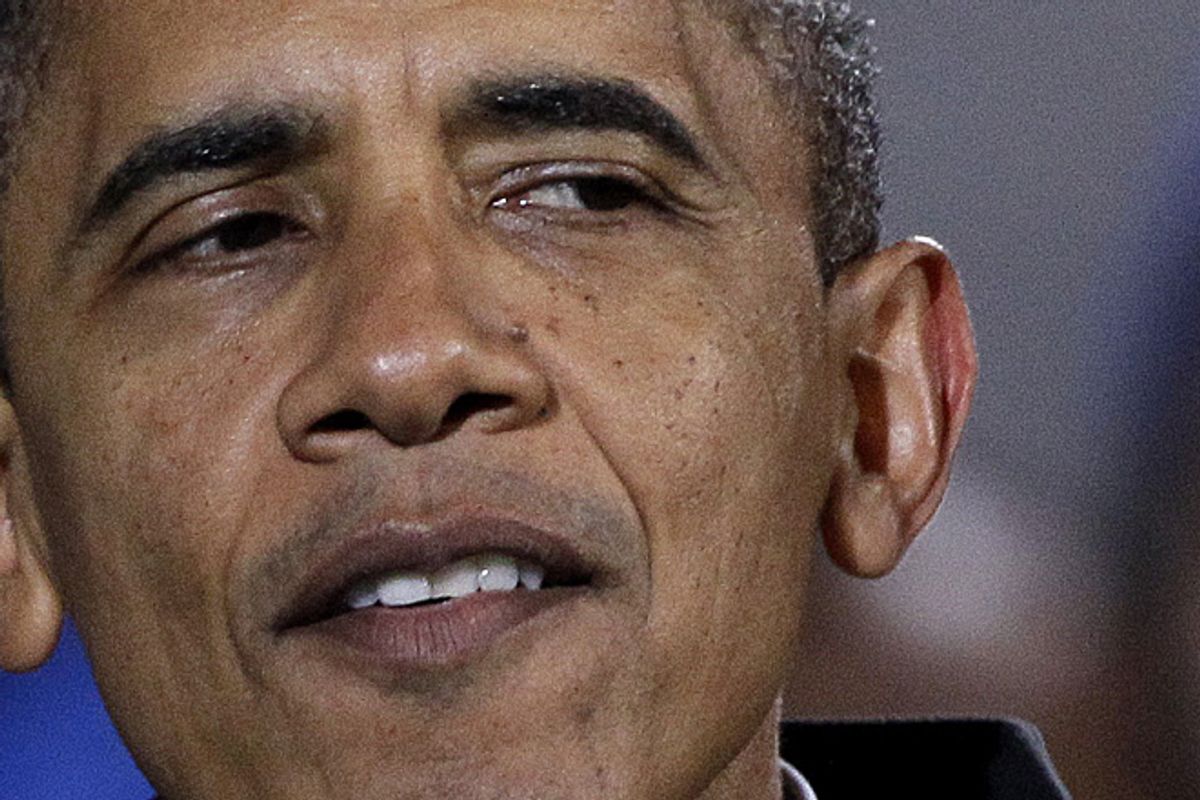 A top official at the nation’s largest union federation slammed a Social Security cut proposal that’s been floated by President Obama, but stopped short of calling it a deal-breaker in the next round of budget wars.

“Chained CPI” is a proposed alternative method of calculating cost of living adjustments, which would reduce future increases in Social Security benefits. Samuel said that for many seniors on fixed incomes, even “the current system may not be adequate.” He called the claim that chained CPI could be implemented in a way that would be fair to such retirees “sort of ludicrous.”

Obama has repeatedly touted chained CPI as an aspect of a potential “Grand Bargain” with Republicans to reduce the deficit. In a “Meet the Press” interview aired on Dec. 30, the president highlighted it both as an example of his willingness to make concessions to the GOP and part of his “pursuit of strengthening Social Security for the long-term.”

The same day that interview aired, Republicans reportedly dropped their insistence on including chained CPI in the scaled-down so-called fiscal cliff deal, signaling they expect it to be part of a larger deficit deal in the next few months. So, it appears, does Obama. Can labor stop them?

“The White House has signaled many times they’re very open to this concept, which puts us in a very precarious situation,” said Eric Kingson, a co-chair of Strengthen Social Security. That coalition, whose 300-some member groups include the AFL-CIO and some of its largest unions, supports increasing Social Security benefits and opposes chained CPI, which Kingson called “a disguised benefit cut.”

Kingson and fellow co-chair Nancy Altman told Salon they would recommend that the Strengthen Social Security coalition oppose any overall deficit deal that includes chained CPI. Altman, whom the AFL-CIO is urging Obama to nominate as Social Security commissioner, said, “I think we would certainly have the view that there should be a line in the sand that should not be crossed.” But she noted that individual coalition members would “have to weigh a lot of things” in deciding whether their own groups would also support torpedoing an overall deal over chained CPI.

No member of that coalition is more prominent than the AFL-CIO, the federation of 56 unions that played a major role in reelecting the president. So will the AFL-CIO pledge to oppose any deficit deal that includes chained CPI? “I’m not going to answer that,” said Samuel. “That’s theoretical. I expect we will remain opposed to chained CPI.”

Samuel said that the federation’s overall priorities in any budget deal are the same ones it pushed during the “fiscal cliff” fight: raising taxes on the top 2 percent of Americans and averting cuts to Medicare, Medicaid and Social Security. In a follow-up email to Salon, Samuel added that it was “very unlikely” that the AFL-CIO would support any deal that included safety net cuts.

The AFL-CIO’s strategy for the current budget wars will be a topic of discussion at its Executive Committee meeting on Wednesday.

National Nurses United executive director RoseAnn DeMoro, one of 53 members of the AFL-CIO Executive Council, said the federation needs to take a hard line. “I think they should borrow some cement from the building trades and draw a line in the sand and keep it there …” she told Salon. “It would be unconscionable for the AFL-CIO to maintain a position of any type of wiggle room with respect to that.” DeMoro said that the varying politics of its affiliate unions make the AFL-CIO “a mixture of a whole lot of different forces,” but said it “needs to separate itself from the Democratic Party and stand on its own.”

The AFL-CIO drew a bright line early in the fiscal cliff showdown. In an interview the day after President Obama’s reelection, AFL-CIO president Richard Trumka told Salon that the federation would oppose any fiscal cliff deal that didn’t fully end the Bush tax cuts for the top 2 percent, or included any cuts to entitlements (chained CPI included). But on Dec. 20, after Obama was widely reported to have offered Speaker John Boehner a “Grand Bargain” including chained CPI, Trumka told the Huffington Post’s Sam Stein that while “we oppose the cuts,” “Obviously I want to look at the whole deal before we make any decision.”

On New Year’s Eve, hours before the Senate voted to approve a deal that had no entitlement cuts but extended Bush tax cuts on family incomes up to $450,000, Trumka weighed in with a series of critical tweets, including “its not a good #fiscalcliff deal if it gives more tax cuts to 2 percent and sets the stage for more hostage taking.” (According to Samuel, those tweets were meant to indicate that “we were concerned about the direction the deal was taking.”) But in an emailed statement the next day, Trumka called the deal “a breakthrough in beginning to restore tax fairness,” and said it “achieves some key goals of working families.” However, he said, “lawmakers should have listened even better.”

Asked whether that deal had met the minimum standards Trumka outlined in November, Samuel said, “I think it depends how you count this, but it came awfully close.” He said that further tax increases on the top 2 percent will be necessary. But he touted the absence of entitlement cuts, the extension of unemployment benefits, and Obama’s success in “breaking through the decades-long Republican opposition to raising taxes.” Samuel said he believes Obama “did the best he could, given the circumstances.”

What’s next? According to the AFL-CIO, in the two months following Election Day, the federation mobilized tens of thousands of people for demonstrations supporting taxing the top 2 percent and opposing benefit cuts, and generated over 15,000 phone calls. Samuel said the AFL-CIO will “continue, and maybe even accelerate or ramp up” such efforts over the coming weeks, with a particular focus on the President’s Day recess. Samuel said he was optimistic that, once outcry mounts over GOP hostage-taking on the debt ceiling, Obama would be able to avoid making any concessions in exchange for raising it. Instead, Samuel predicted that the main deal-making will revolve around the looming sequester cuts and the coming expiration of government funding.

Samuel said he believes that pressure from the AFL-CIO and its allies has succeeded in taking other entitlement cuts, like raising the eligibility age for Medicare, “off the table.” As for chained CPI, he said, Obama “clearly doesn’t have the strong visceral reaction against it that we do. But I think he believes it’s a pretty tough measure, and my assumption is he wouldn’t push it unless he was getting something pretty significant in return” from Republicans. Samuel said that increasing public opposition to chained CPI could reduce the willingness of the president, as well as Democrats and Republicans in Congress, to put it on the table. While it’s already “pretty unpopular,” he said, “we have to make it a proposal that is unacceptable to the public.”

“We have a healthy degree of concern,” said Samuel. “One would have to going into this fight – it’s not going to be easy. Our record so far suggests that we can be successful.”