Labor mural removed by Maine gov. back on display

The mural that gov. Paul LePage claimed "presented a one-sided view that bowed to organized labor" was restored 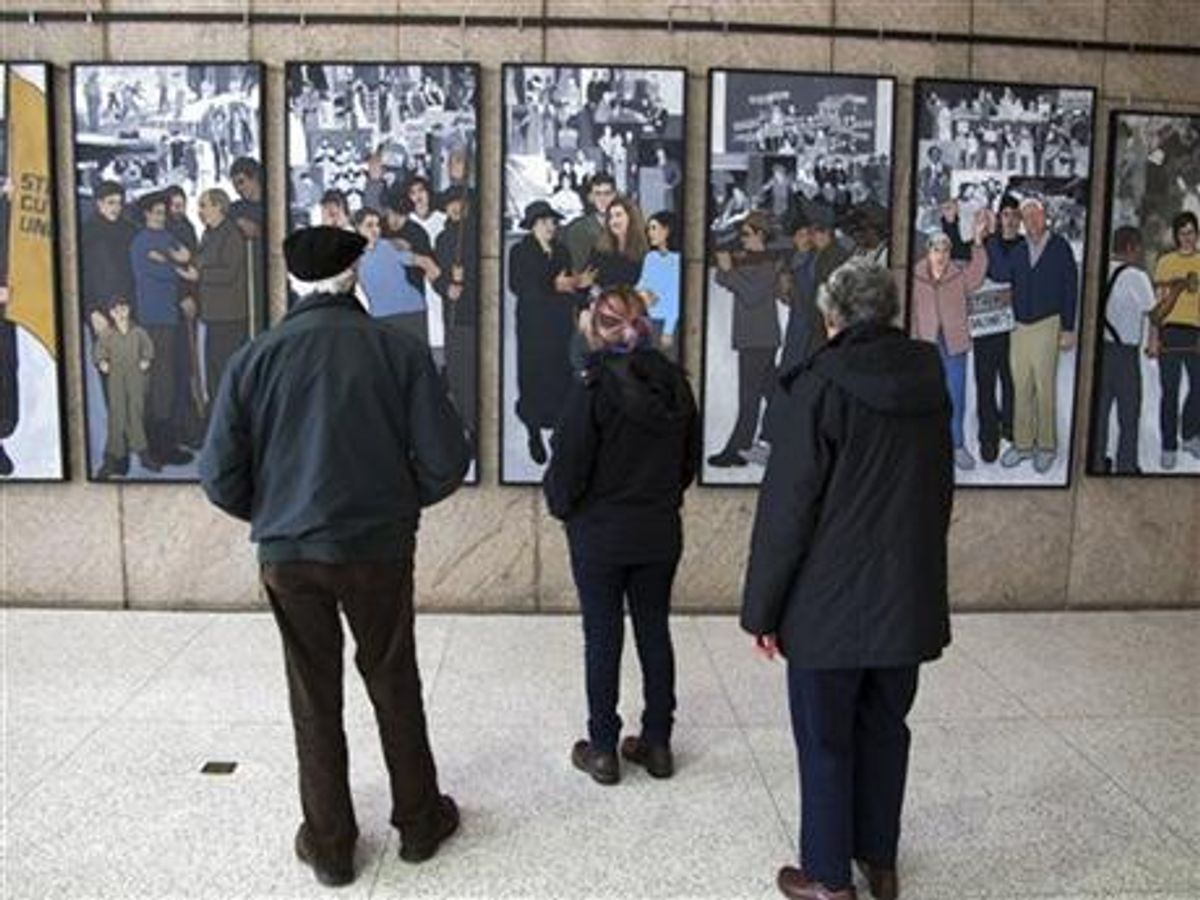 AUGUSTA, Maine (AP) — A mural depicting scenes from Maine's labor history returned to public display Monday, 22 months after the governor set off a political firestorm and spawned a federal lawsuit by ordering it removed.

Gov. Paul LePage caused an uproar in March 2011 when he ordered the mural removed from the Labor Department lobby, claiming it presented a one-sided view that bowed to organized labor and overlooked the contributions of job-creating entrepreneurs.

Beginning Monday, the mural was back on public view in an atrium that serves as the entryway to the Maine State Museum, Maine State Library and Maine State Archives. The space is open to the public six days a week.

Richard Bamforth, of Augusta, was angry when LePage first ordered the mural removed, calling it silly and petty. But he acknowledged the new venue seemed to be more appropriate than a hidden-away state office building.

"This is a much more visually appealing setting, I think," he said as he, his wife and their 19-year-old granddaughter examined the mural in the spacious, well-lit atrium.

The 11-panel mural had been bolted to the walls in the Labor Department building since 2008, when Democratic Gov. John Baldacci was in office. It was created by artist Judy Taylor, of Tremont, using a $60,000 grant from the U.S. Department of Labor.

The panels depict events and scenes from Maine's labor history, including ones featuring child laborers, "Rosie the Riveter" images of women shipbuilders during World War II, a 1937 strike at a shoe factory and Frances Perkins, a Maine native who served as U.S. labor secretary under President Franklin Roosevelt.

The removal sparked protests and a federal lawsuit that was eventually dismissed by a federal judge, a decision that was upheld by an appeals court.

Maine State Museum Director Bernard Fishman said he sent an email to LePage after the appeals court decision offering to hang the mural in his building, located next to the State House. The Department of Labor is maintaining ownership and is lending the artwork under a renewable three-year agreement.

The mural is historically significant because of the scenes it depicts, Fishman said. But it's also culturally significant given the public response to the governor's decision to remove it in the first place, he said.

"I hope this will make people think about history, about the meaning of art and about art in public places," Fishman said.

The mural has been boxed up and stored in a temperature-controlled space at Department of Labor headquarters since it was taken down, but its whereabouts weren't publicly revealed until Sunday, said Labor Commissioner Jeanne Paquette.

The attorney who represented the plaintiffs in the lawsuit against the state said LePage's decision to display the mural publicly is a victory. Echoing a government attorney's argument two months ago in court, Jeff Young called it "probably the most famous painting in Maine."

The governor had said all along that he wanted to display the mural in an "appropriate place," LePage spokeswoman Adrienne Bennett said.

"We would have had it up much sooner if there hadn't been litigation," she said. "That was a huge hindrance in this process."