"The Carrie Diaries," the CW's "Sex and the City" prequel, sells a nostalgic fantasy about New York City 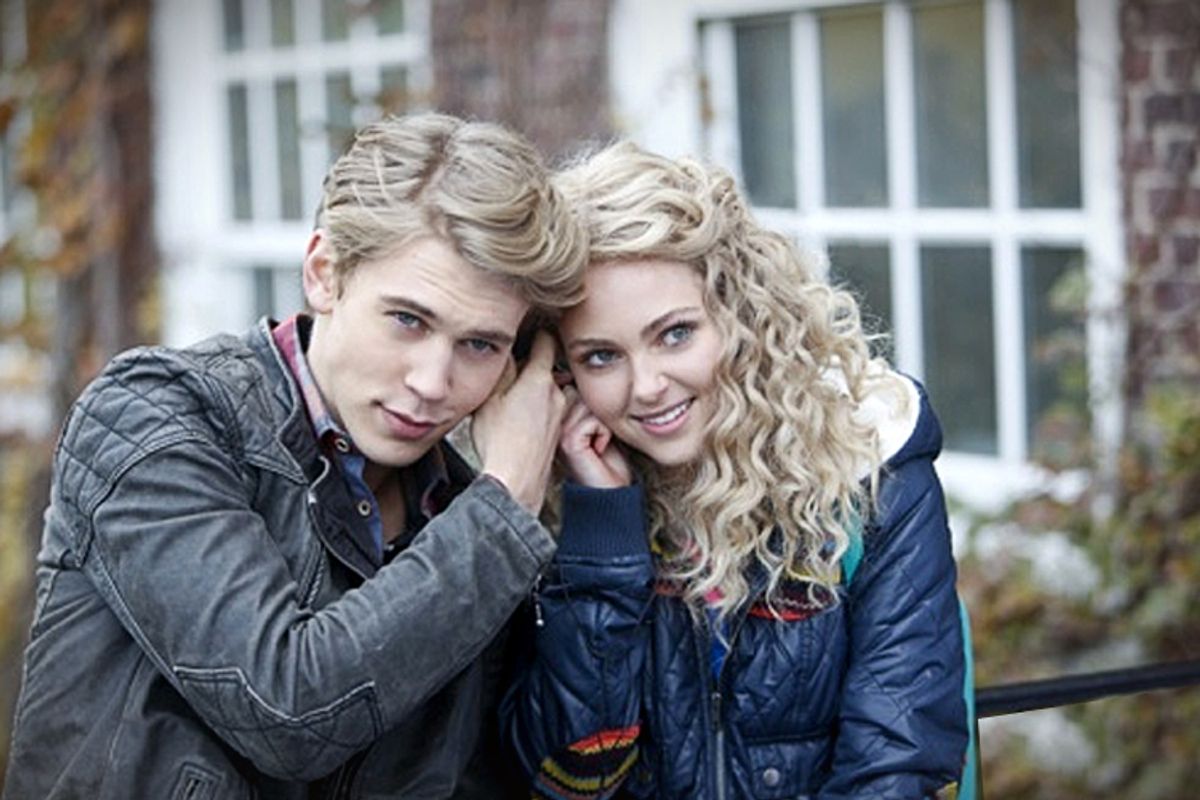 “The Carrie Diaries,” a prequel to “Sex and the City,” which begins tonight on the CW, has an infectious if semi-idiotic positive attitude: Like the handbag stained with nail polish that a young Carrie Bradshaw (AnnaSophia Robb) decides to cover in more nail polish to make it cool, it’s kind of chic despite itself. And like that same handbag it is unexpectedly innocent, harking back to a day when Day-Glo spatter patterns and puff paint were the leading edge of cool — even if that day never really existed.

“The Carrie Diaries” is set in 1984, a few months after a high-school-age Carrie’s mother has died — a discontinuity with “SATC” that will surely not be the show’s last. Carrie, her father and her 14-year-old goth-in-training sister, Dorrit (presumably named after the Dickens character, which really complicated my vision of Carrie’s parents' inner lives), live in Connecticut and are trying to figure out how to go on just the three of them. Inevitably, it involves clothes.

But if things are dark for the Bradshaws, “The Carrie Diaries” is not a dark show. “It was 1984,” Carrie voice-overs.  “We had an actor for president and most people could say they were better off than they were four years ago,” which is one perspective on the dead middle of the Reagan years. “The Carrie Diaries” takes the position that 1980s New York City was a fun, fantastic, free era. Like the people who are horrified by the Disneyfication of Times Square and New York City, “The Carrie Diaries” sees the ‘80s as an unusually creative and raw moment in the life of the city — but, in the case of "The Carrie Diaries," that’s because it imagines that 1980s New York was already Disney World, with everyone queuing up for that amazing ride, the Warhol Experience.

In the first episode, Carrie gets an “internship” — a form of indentured servitude I’m not sure was all the rage in 1984 — in Manhattan and wanders through the very clean and safe streets to the discount shopping mecca Century 21. Once there she makes a brand-new friend, a stylist for Interview magazine who, naturally, loves Carrie’s DIY handbag and immediately invites her to party at Indochine, where Carrie meets and dances with a bevy of inspiring and hip artists and musicians and gays. She summarily falls in love “Not with a man, but Man-hattan.” (Carrie Bradshaw apparently developed her way with the deadly pun at a young age.)

One of the most interesting things about “The Carrie Diaries'” portrayal of the ‘80s is just a quirk of programming. It begins only a few weeks before FX’s 1980s-set “The Americans,” which starts airing at the end of January, and is a show about two deep cover Soviet spies living like regular American citizens. Both series have a similarly utilitarian approach to ‘80s fashion — they revel in it, but ignore the truly terrible stuff: the high-wasted jeans all fit very nicely, for example — and killer soundtracks, but opposing perspectives on the virtues of the Me Decade. One of the spies on “The Americans” (Keri Russell, a WB expat) finds America vacuous, shallow, materialistic, empty at its core, a place that encourages selfishness and mediocrity. Carrie finds it euphoric and liberating, a place where everyone can be themselves and dress themselves accordingly. Just like “Sex and the City,” “The Carrie Diaries” is selling a fantasy of New York and a person's ability to dress-oneself-to-happiness, this one wrapped in an extra layer of nostalgia.

The best thing about "The Carrie Diaires” has nothing whatsoever to do with New York City or "Sex and the City." Unlike the teenagers on the show it replaces on the CW schedule, “Gossip Girl,” the characters on "The Carrie Diaries" are neither disturbingly precocious nor voracious, instead working a welcome John Hughes vibe. Carrie has friends, but she’s not crazy popular. She’s a virgin. (There is an unfortunate homage to the infamous “SATC” brunches, when Carrie is talking to her two recently devirginized best friends in the school library. One is “The Killing’s” Rosie Larson; the other describes sex as “like putting a hot dog in a keyhole,” which wouldn't be funny even if Samantha had said it.) The boy she has a crush on seems like he has a crush on her — he looks like James Spader, but his vibe is more Jake Ryan. There's a preppie, closeted Duckie-type in her social orbit. Carrie's father behaves like a father. "The Carrie Diaries" will get attention for its relationship to "Sex and the City," but if I'm going to keep watching, it will be for its less glamorous, high school charms.

Sex And The City Television The Carrie Diaries Tv