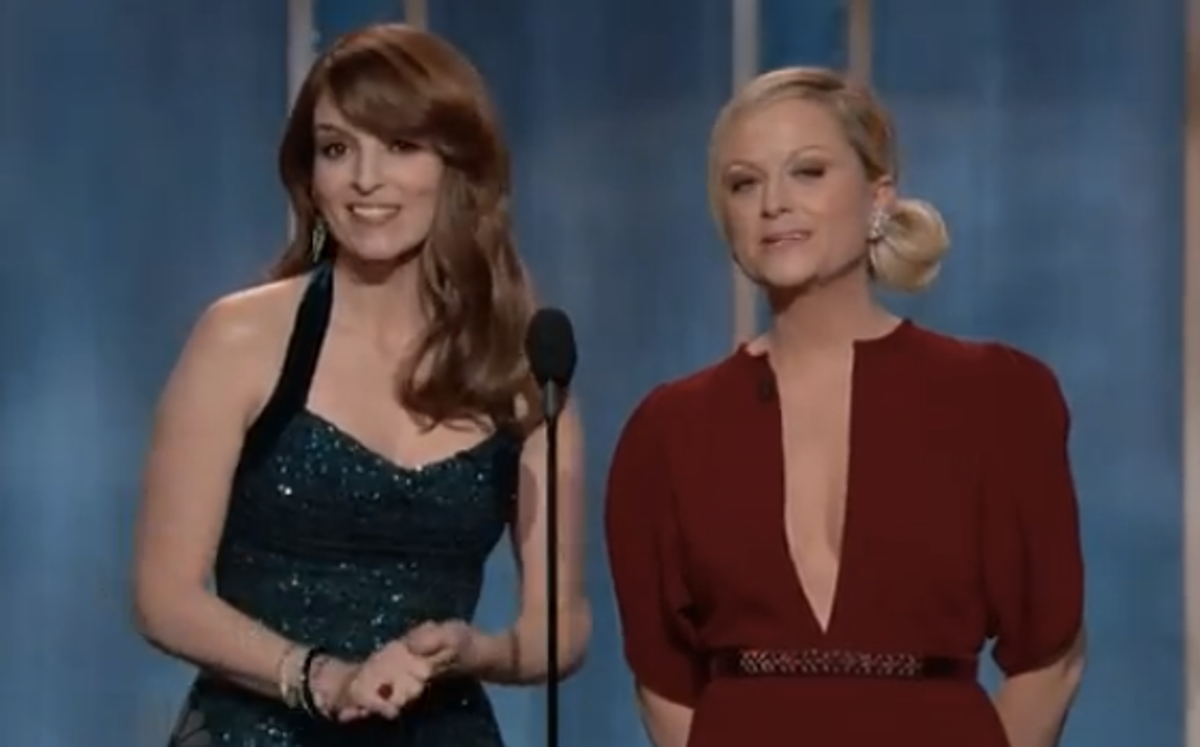 Comedians Amy Poehler and Tina Fey, the first female pair to ever co-host the Golden Globes, lost no time laying on the jokes in their opening monologue. Of course they ripped into three-time host Ricky Gervais, widely criticized for his off-color humor at the awards show, saying,"Ricky Gervais could not be here tonight because he is technically no longer in show business. We want to assure you that we have no intention of being edgy or offensive tonight because as Ricky Gervais found out the hard way, when you run afoul of the Hollywood Foreign Press, they make you host this show two more times."

They also managed to get in zingers about Lena Dunham's nudity in "Girls" ("If they are forcing you to do all that nudity, you have to tell us. Just give us some kind of signal, and we will call child services"), and the real controversy behind "Zero Dark Thirty" (When it comes to torture, I trust the lady who spent three years married to James Cameron").

The two continually hit the right comedic tone between wit, absurdity and snark, being careful not to cross the line into anything mean-spirited, offensive or awkward. Watch the full monologue, below: