South Florida Tea Party rebranding as not the Tea Party 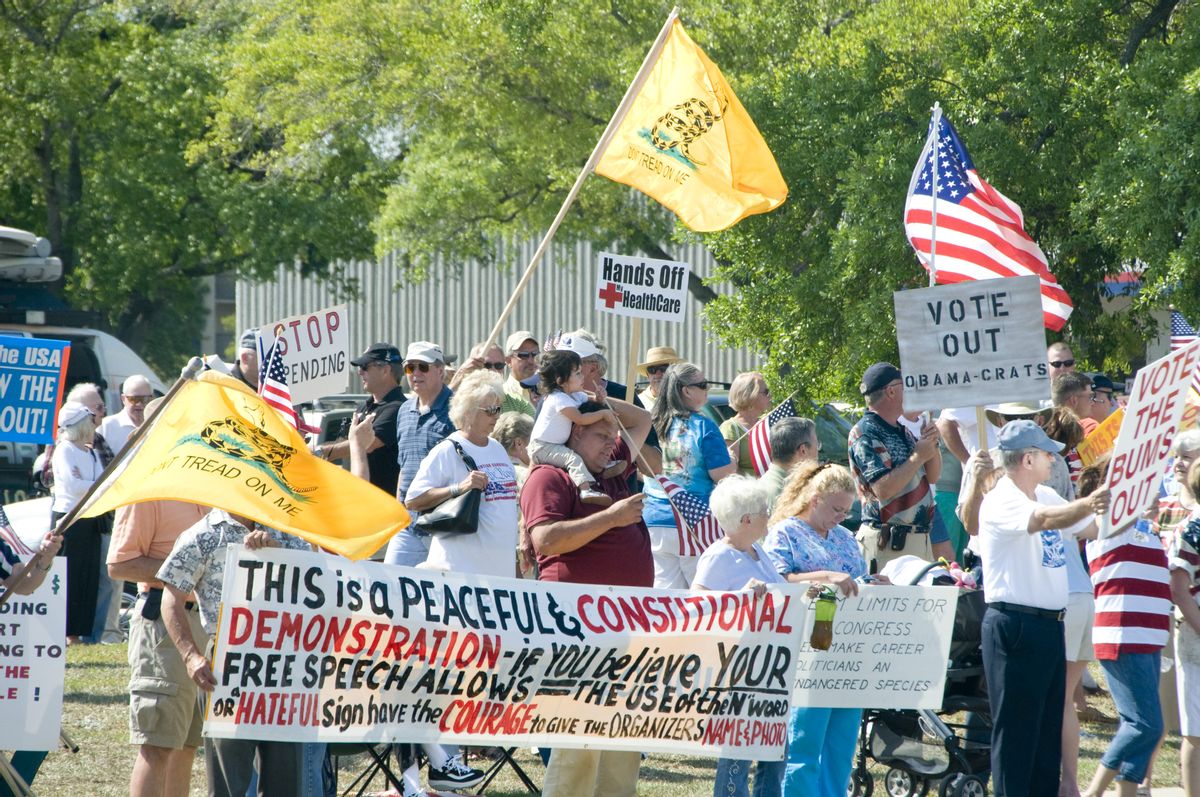 The South Florida Tea Party has announced that it will change its name to the "National Liberty Federation," citing concerns about "branding" and negative associations with the term "tea party."

The South Florida Tea Party — the group that helped Marco Rubio launch his Senate bid and that hosted Donald Trump during his last flirtation with a presidential run — is shedding the words “tea party” as it undergoes a name change.

“We felt for branding reasons that we wanted to differentiate ourselves from certain organizations that have the name ‘tea party’ and we can’t control,” said Everett Wilkinson, leader of the organization that will now be called the National Liberty Federation.

Other local Tea Party groups, like the Palm Beach County Tea Party, are keeping their name but attempting to overhaul their image. “They won. We lost. They have a message that appeals to the masses. We don’t. That must change,” the group's leader, Michael Riordan, said at a recent meeting.

“We’re faced with a wave of negative impressions,” a member of the Palm Beach County Tea Party, Richard Bock, told the Post. “A lot of negative information, misinformation has been out for a very long time — racist, crazy, you’ve heard all this stuff."

The Tea Party as a whole has faced some tough times recently, after having limited success fielding national candidates in the 2012 elections, and in general finding themselves much less popular among voters. Last week, a poll from Rasmussen, a conservative-leaning pollster, found that just 8 percent of voters identify themselves as Tea Partyers, down from 24 percent at the height of the movement's influence, during the healthcare debate in 2010. The same poll found that only 30 percent view the Tea Party favorably, compared with 49 percent who view it unfavorably.

And Politico reported last week, some Tea Partyers have turned to their former nemeses, Washington insiders, looking for support and cash:

Many activists have moved on, while others have turned their focus to local and state fights, or become absorbed into the Republican Party. Those that remain are as divided as ever about candidates and strategies. And they mostly lack the cash and the organization to mount serious primary challenges on their own.

“There’s not enough money, and I think the movement is a little split right now,” said Billy Simons, a member of the board of the Charleston (S.C.) Tea Party.

“The grass roots are a lot more cynical than they were in 2010,” said Jenny Beth Martin, co-founder of Tea Party Patriots, a Georgia-based nonprofit that fashioned itself as an umbrella coalition of local tea party groups. “They only want to take actions that are going to have real impact, and not just something that is going to make noise for the sake of making noise.”

Greg Sargent of the Washington Post thinks it will all come down to the upcoming debt ceiling debate:

The debt ceiling fight of 2011 represented a kind of zenith (if you can call it that) of Tea Party craziness, intransigence, and hostage taking. Obama lost that battle, but he bounced back and won the presidency. Now, even more so than the fiscal cliff battle, this year’s debt ceiling fight is shaping up as a kind of epic final confrontation — perhaps the Tea Party’s last chance to force Obama to do what the what American people emphatically declared in the election that don’t want, i.e., solve the country’s fiscal problems primarily by dramatically shrinking government, unraveling the safety net, and sparing the rich more sacrifice. And while we should reserve judgment until we see what happens in the end, Obama is certainly behaving like someone who is determined to break the Tea Party once and for all.