Super smart ice cube warns you when you drink too much 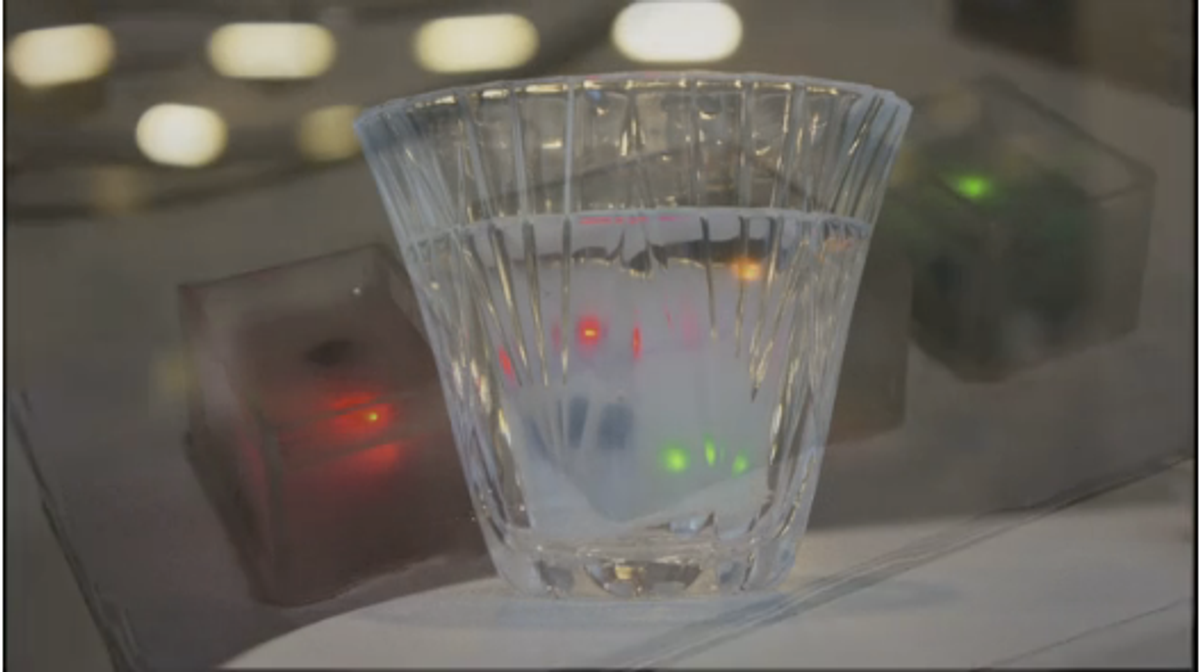 After binge drinking at a party landed MIT graduate student Dhairya Dand in the hospital, he responded like any self-respecting tech geek would: By inventing something.

Three weeks after his alcohol-induced blackout, the engineer and former toy designer created a set of glowing ice cubes that let you know when you're drinking too much or too fast.

The prototype, aptly named "Cheers," contains a circuit encased in an edible jelly mold that monitors the number of sips you take. An accelerometer tracks your drink's tipping motion, and calculates approximately how drunk you are with a timer clocking your pace.

And sending a not-so-subtle message about when you should slow down is an LED light that flashes from green to orange to red as the night winds on. Ignore the ice cube's warning and an IR transceiver will send a text message to a designated contact, letting them know you're overdoing it.

And because Dand envisions these cubes being used in club settings, he went ahead and programmed them to pulse along with whatever music is playing. That way, your drink appears to love Lady Ga Ga as much as you do.

The video on "Cheers" doesn't say anything about how the device calculates body weight -- a major factor in measuring intoxication levels -- or if the drinker would need to refill the same cup throughout the evening for the cubes to properly track consumption. But despite the obvious limitations, innovations in barware and drinking culture might help prevent the nearly 2,000 alcohol-related deaths among college students each year. "Cheers" isn't perfect, but it's one way to start the conversation about the dangers of binge drinking.

According to Popular Science, Dand is currently considering a Kickstarter campaign to finance and market the cubes.