After his ESPN bosses apologized for his drooling over Katherine Webb, Musburger calls a reporter "really smokin" 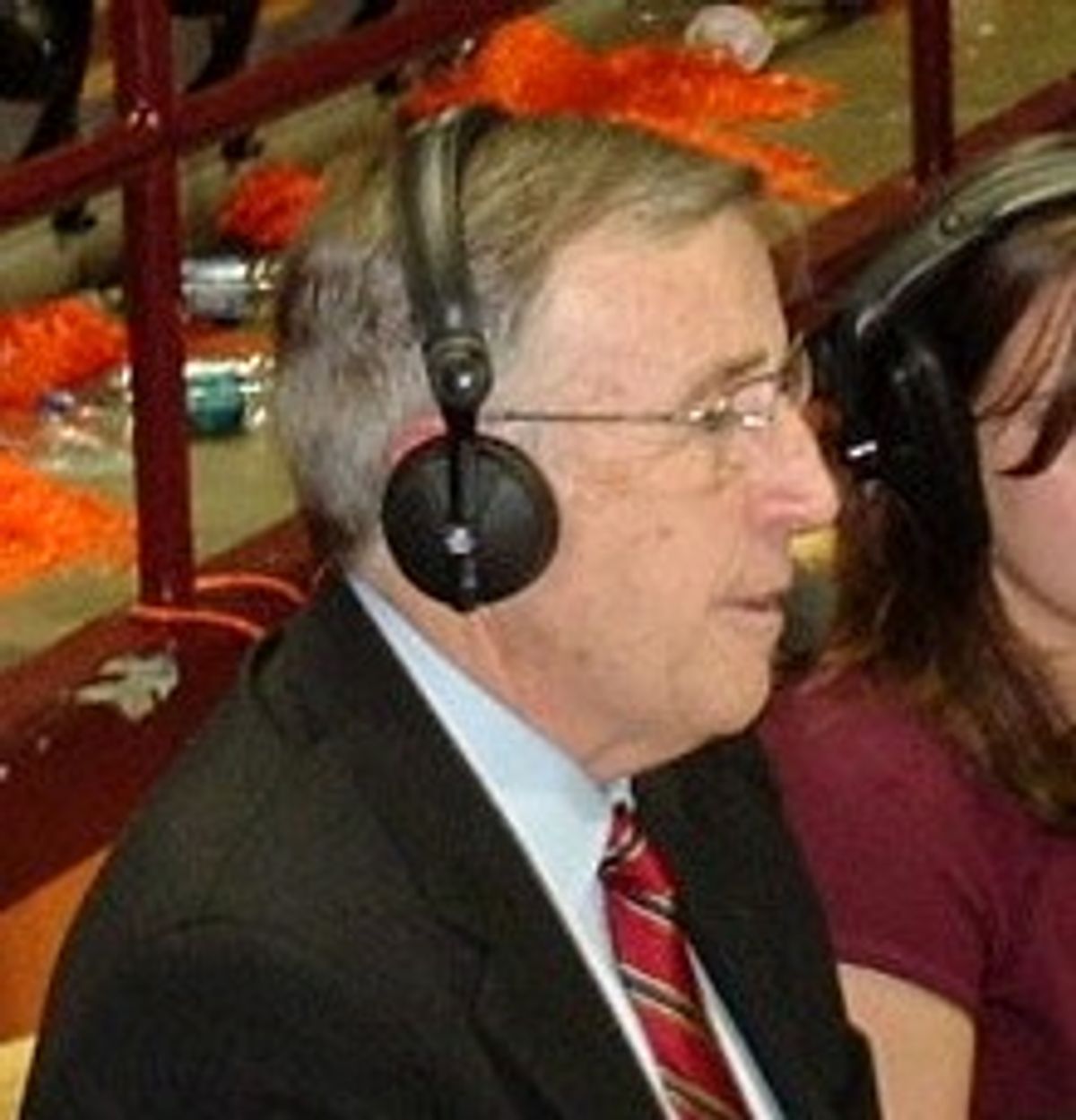 Brent Musburger almost finished broadcasting a college sports event last night without referring to a sexy woman. And then he just couldn't help himself.

In just his first game after his ogling of Katherine Webb -- the girlfriend of Alabama quarterback A.J. McCarron -- during college football's national championship game made national headlines, late-night monologues and forced an apology from his ESPN bosses, Musburger signed off from a college basketball game last night by calling his female sideline reporter "really smokin'."

Here's how he ended his call of the Kansas/Baylor game last night:

"Once again, your final score, Kansas 61, Baylor 44. "Coming up next, SportsCenter. For Fran Franschilla and Holly Rowe, who was really smokin' tonight, I want to say 'So long from Lawrence.'"

Check out the call in the video below, and watch the emphasis the 73-year-old broadcaster places on "really smokin'."

Musburger did not mention the controversy from the Alabama/Notre Dame title game or his boss' apology during the game. And USA Today wondered if the whole thing was a joke that Rowe was in on; she was one of his supporters during the Webb controversy.

Either way, we expect to be hearing from ESPN higher-ups again later today.