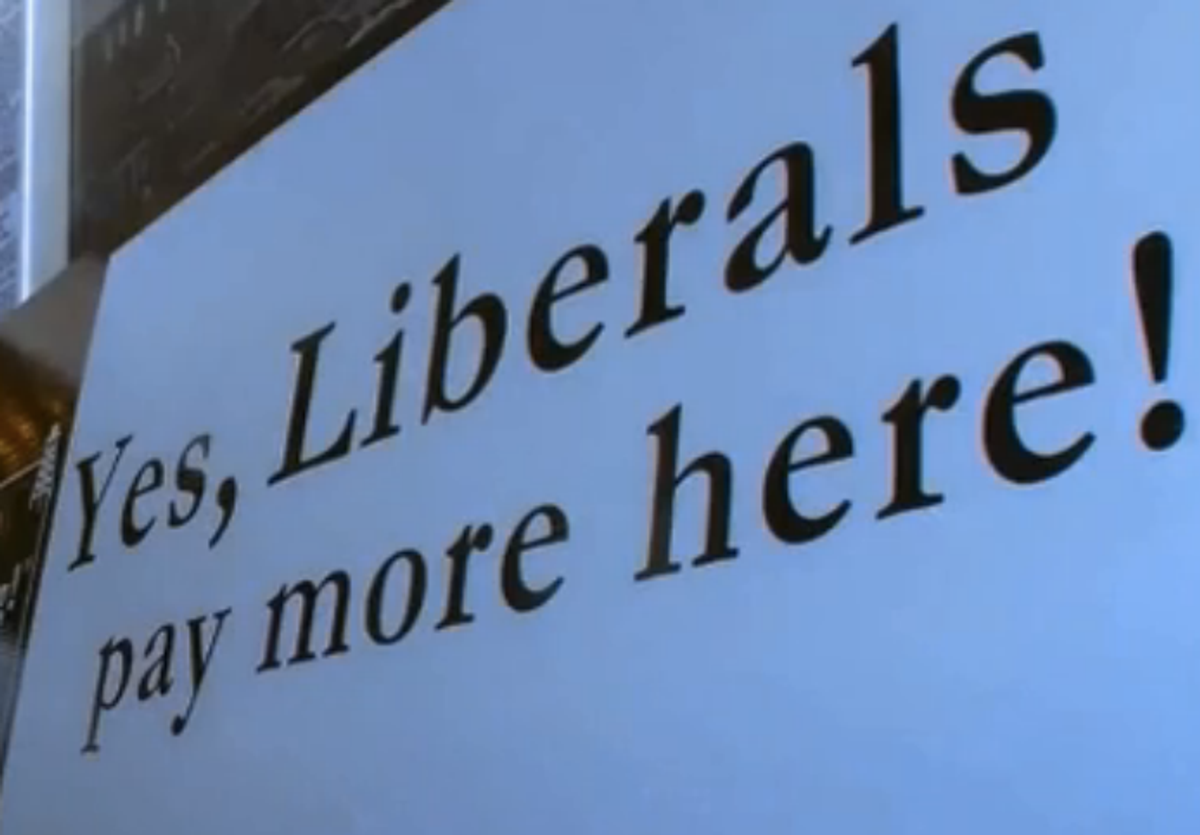 George Burnett, owner of a smoothie and juice bar in Vernal, on the Utah/Colorado border, has an unusual charging policy. Self-identifying liberal patrons of the I Love Drilling smoothie bar are charged $1 extra for drinks, money that Burnett donates to conservative groups like the Heritage Foundation.

"We have a fiscal problem in this country. We've got to deal with it or we don't have a country, so to kind of help make that point, just a little bit, I charge (liberals) just a little bit more," said conservative Burnett. His policy has received a dose of online criticism, but all three open liberals he has encountered in his shop have paid the fee.

"We had a husband and wife come in, he was conservative and she was liberal, and he paid conservative for himself and liberal for her," said Burnett. Vernal, reported local KSL news station, is a community "getting its first glimpse of another oil and gas bust."