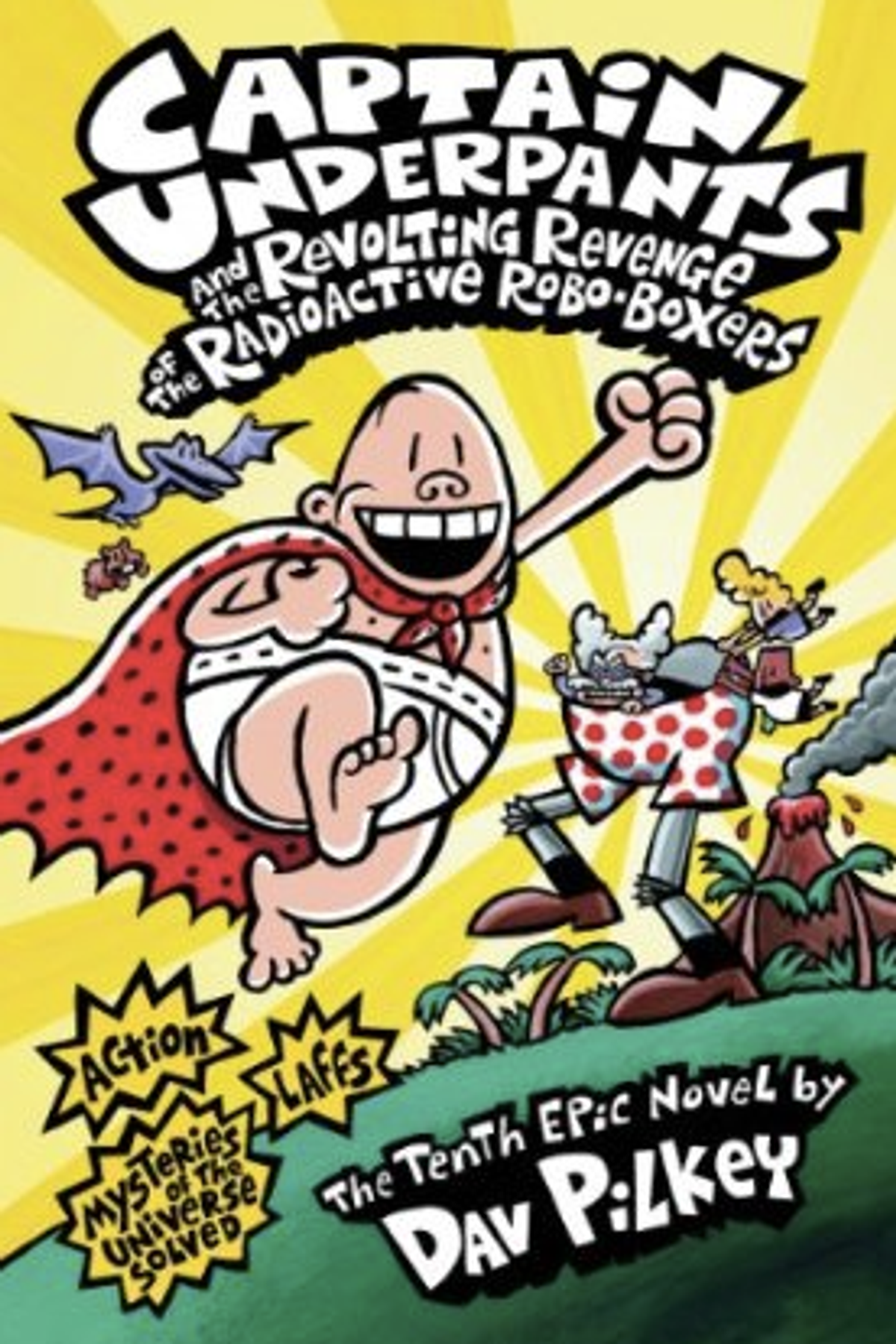 Dav Pilkey, the creator of the popular children's series chronicling the adventures of two fourth graders and the eponymous Captain Underpants, is out with the 10th book today, a journey through time called "Captain Underpants and the Revolting Revenge of the Radioactive Robo-Boxers."

The book is chock-full of silliness and insights about adults, characteristic of the 9 previous "Underpants" books that have appeared on bestseller lists since the first came out in 1997. Charlie Jane Anders, who reviewed the book at i09, likens the tale to "a more underpants-oriented version of 'Bill and Ted'" calling it a "pretty hilarious read."

But while kids may love them, not all adults do. In an interview with NPR, Pilkey explains that the books set up an "us and them" attitude, where he aligns himself with kids rather than grown-ups:

Author Dav Pilkey even talks smack about grown-ups. In the new Captain Underpants book, he writes: "If you're like most kids you're probably reading this book because some adult wanted you to stop playing video games or watching TV." Pilkey says that when he writes for kids, "it's really an 'us and them' type of situation. It's like me and the kids versus the grown-ups.

And he's got a point--NPR notes that his books consistently land on the American Library Association's "Hit List." Chair of the ALA's Intellectual Freedom CommitteePat Scales told the station that "The No. 1 complaint is — this is kind of funny — nudity. I guess because the superhero has on jockey shorts. [Also] vulgar language, and they feel that kids are being taught not to obey authority."

For those kids (and parents) unfazed by tighty whities, however, be prepared for a book, according to Anders, about "dinosaurs and cave people, and the world of the future," a world that includes "giant mad scientists in robotic pants riding on dinosaurs."