If neocons despise Chuck Hagel, he can't be all that bad

His "Jewish lobby" comment was dumb. But anyone who's got Richard Perle riled up must be doing something right 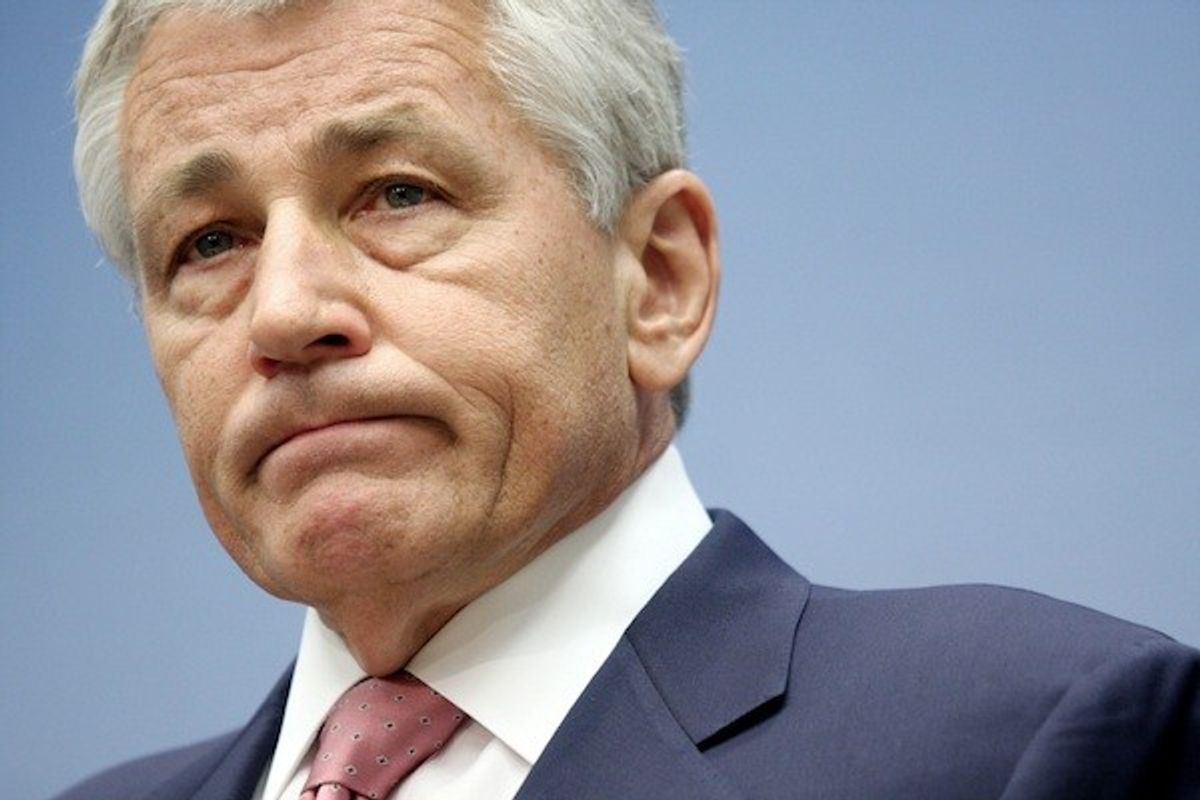 If the neocons in the GOP who brought us the Iraq War and conjured up “weapons of mass destruction” to justify it are against Chuck Hagel for defense secretary, Hagel gets bonus points in my book.

These are also the people who have supported Israel’s rightward lurch in recent years. They don’t want a two-state solution. They eschew any possibility of talks with Hamas or Iran. They favor building more settlements in the West Bank.

Yes, it was dumb for Hagel to use the term “Jewish lobby” instead of “Israel lobby,” but that alone shouldn’t disqualify him. Everyone in official Washington knows how much power is wielded in that city by the Sheldon Adelsons of American politics who think Israel can do no wrong.

The problem is Washington pays too little attention to the large number of Americans — Jewish and non-Jewish — who think Israel is doing a lot that’s wrong, and worry that the path it’s on threatens its long-term survival.

The real question is what Hagel believes about the appropriate use of American power.

That the neocons hate him is the best sign yet that Chuck Hagel may be the right person for the job.