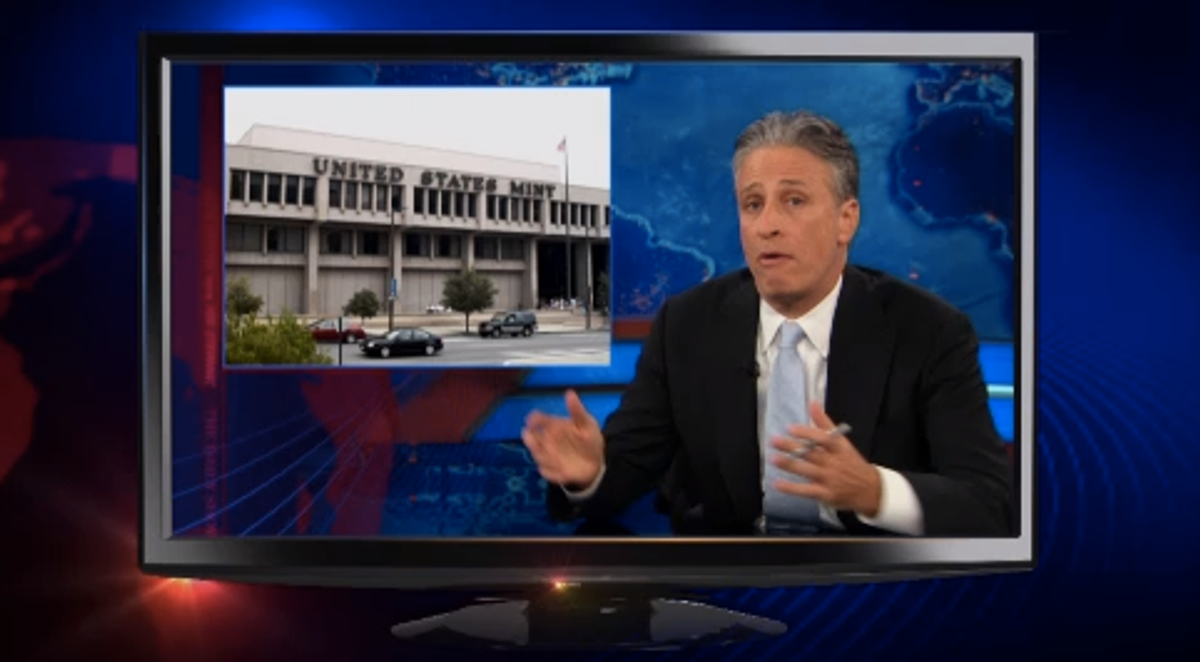 Comedian Jon Stewart lunged upon economist and New York Times columnist Paul Krugman, who this weekend blasted the comedian for making fun of his one trillion-dollar platinum coin idea, which Krugman theorizes could pay for the U.S. deficit.  Krugman told ABC News this weekend that Stewart "is ruining his own brand" by turning the topic into a farce. But on last night's "Daily Show," Stewart defended himself, saying, "If somebody is ruining their brand with a trillion dollar coin idea, I don't think it's the non-economist."