Has the NRA lost it entirely?

While Obama signs 23 executive orders on gun control, the organization takes a bizarre shot at his family 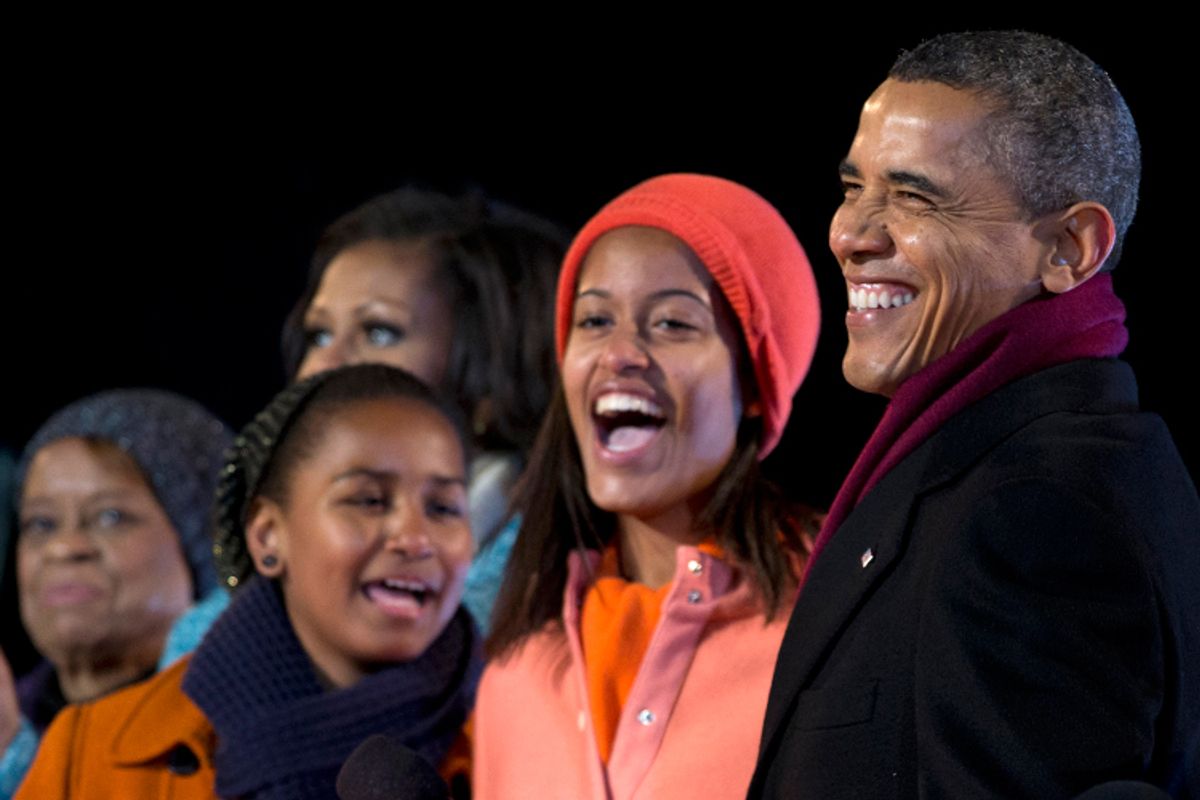 On the eve of President Obama announcing his gun control agenda, based on Vice President Joe Biden’s task force recommendations, the National Rifle Association needed to go big: to remind Americans that the organization protects their gun rights, and to remind politicians that they’re a smart and formidable political force they’d be unwise to cross.

Instead, they showed us the truth: They’re part of the vast and increasingly incompetent right-wing conspiracy that’s sacrificed its own effectiveness for the pleasure of hating Democrats generally and our first black president in particular.

You’ve either seen or read about the ad: A narrator intones, “Are the president’s kids more important than yours?” (Huh? you might say.) “Then why is he skeptical about putting armed security in our schools when his kids are protected by armed guards at their schools? Mr. Obama demands the wealthy pay their fair share of taxes, but he’s just another elitist hypocrite when it comes to a fair share of security.”

Of course, the NRA ignores the common-sense answer to its own question: Every president’s child is protected by armed guards. They’re called the Secret Service. Outside of the fever swamps of anti-Obama hatred, no one could possibly have a problem with that, let alone call it hypocrisy.

Just the way Fox News’ insularity and reality denial has been a form of media and political malpractice, harming its viewers by shielding them from the Obama victory to come in 2012, the NRA has disabled itself by wallowing in anti-Obama hatred and paranoia.  On the eve of the president’s big stand, when they most needed to show their supposedly formidable political muscle, instead they showed that they're completely tone-deaf and politically silly. That’s because they've been marinating in the bile of Obama’s enemies, where the president’s modest moves on guns, in the wake of the Newtown massacre, are a trigger to call for his impeachment – thanks, Ed Meese, Mr. Iran-Contra! – or worse.

In the real world, we know that our first black president has faced more assassination threats than any president in history, and that the Secret Service has a particularly tough job protecting him and his family. In the NRA’s world, wingnuts pray for his death with Psalm 109, which asks God, “may his children be fatherless and his wife a widow” and “may no one … take pity on his fatherless children.)

And no, I’m not quoting some lone NewsMax commenter or a Breitbart blogger’s tweet: The verse has been popular among right-wing ministers and politicians since Obama’s inauguration. It’s spawned bumper stickers. Almost exactly a year ago, Kansas’ Republican House Speaker Mike O’Neal was emailing it around to his political allies. “At last — I can honestly voice a Biblical prayer for our president! Look it up — it is word for word! Let us all bow our heads and pray. Brothers and Sisters, can I get an AMEN? AMEN!!!!!!” O’Neal refused to apologize. Then he apologized. Then he retired. Wayne LaPierre might want to look to O'Neal for inspiration.

To be fair, maybe the NRA is simply saying that every child in America should be protected by an armed guard, like Sasha and Malia Obama are. That would be consistent with LaPierre’s creepy maxim: “The only thing that stops a bad guy with a gun is a good guy with a gun.” (More to the point: That would sell a hell of a lot of guns, the NRA's real goal.) In reality, though, the ad springs from a reflexive belief that most Americans share LaPierre’s contempt for the president.

We don’t, Wayne. We just reelected him. He’s the first president since Dwight Eisenhower to get more than 50 percent of the vote twice. Your hatred is blurring your vision and hurting your political aim. That's bad for the NRA but it's good for the rest of us.