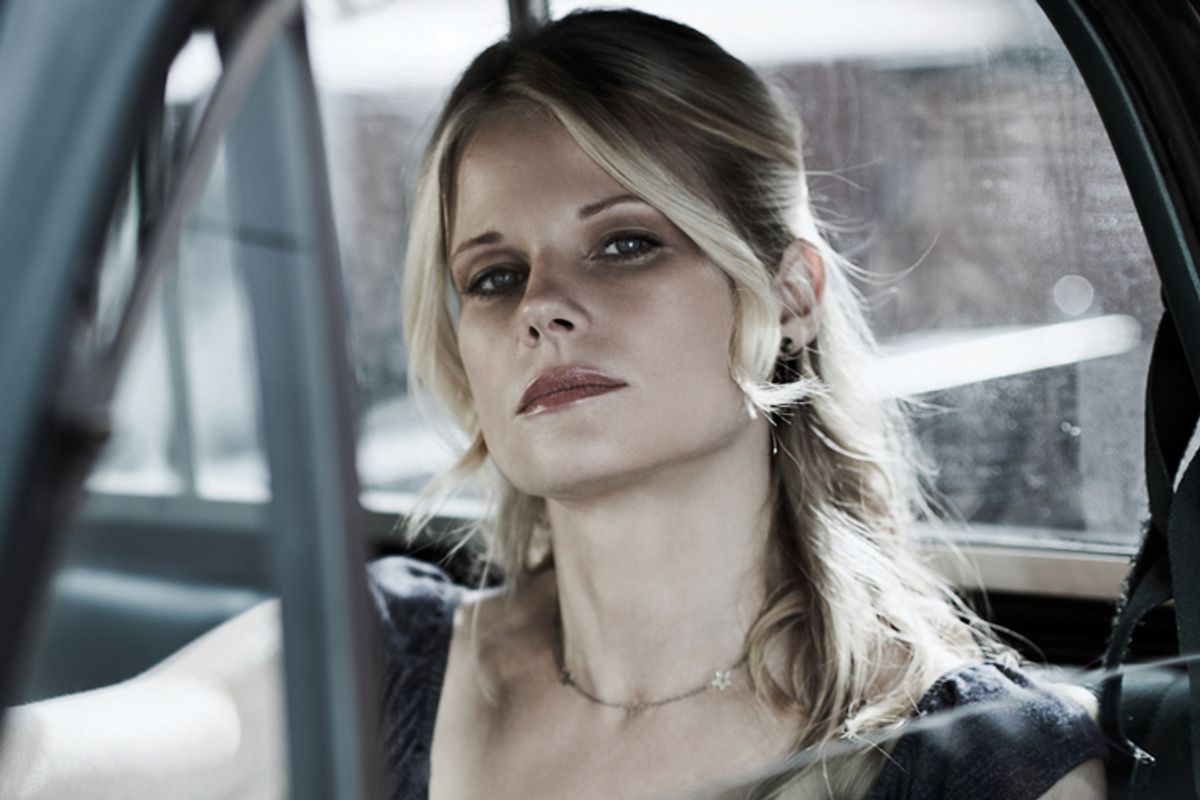 When “Justified” began, Ava Crowder (Joelle Carter) was a leggy blonde with a Southern accent and a flirtatious manner who has recently shot and killed her abusive husband over the dinner table. In the three seasons since, Ava, like her lover and brother-in-law Boyd Crowder (Walton Goggins), has flip-flopped on various ethical issues, sliding deeper and deeper into criminality. I’m really fascinated by Ava’s transformation, not because I’ve never seen it before, but because I’ve rarely seen it in a female character: Ava’s arc is usually reserved for male anti-heroes, and I wish “Justified” would make more of her.

Despite the husband slaying, Ava began the series as generally law-abiding, if quick to pull the trigger on her shotgun. When Boyd first started staying with her, it was under the condition that he obey the law (and consume no alcohol). When Ava and Boyd got together, she accepted him, his criminal tendencies, and the huge swastika tattoo on his bicep, on the condition that he do whatever shadiness he liked, except run whores. Then she shot and killed a pimp terrorizing a space-cadet prostitute named Ella Mae, and decided she would become a madam herself. On last night’s “Justified,” the second episode of the fourth season, Ella Mae tried to quit whoring to spend time with Jesus. Ava wasn’t having it. “I saved your soul, remember? Not God or Jesus Christ, me and my shotgun,” Ava bullied. “You’re a whore, Ella Mae … There ain’t no salvation for people like us. You’ll be back at work tonight … we clear?”

Ava began as a basically decent, likable character, who has stayed pretty likable even as she has become more and more morally compromised. She's got her good qualities — humor, intelligence, devotion, sex appeal —  but she also emotionally manipulates and physically abuses the prostitutes she once intended to shield from emotional and physical abuse. (Ava punched Ella Mae in the nose last season, in a panic about Boyd's safety.) The details and intensity are different, and Ava’s transformation is driven by her true love affair with a charismatic criminal, not her insatiable passion for power and recognition, but this is a minor-key version of Walter White’s own arc, another story of breaking bad.

I'm pretty exhausted with TV's current anti-hero craze, but I'm interested in Ava, and anti-heroines more generally, and the ways that just by virtue of being a woman, the anti-hero might be given a new spin. Unfortunately on “Justified,” Ava is always playing second string to the show's wonderful starting hero and anti-hero, U.S. Marshal Raylan Givens (Timothy Olyphant) and Boyd. Ava's transformation hasn't gotten the focus it deserves, as if her inner life and ethical decisions were all determined, exclusively, by her feelings for Boyd, and not her own issues. I wish “Justified” was more interested in fleshing those out: Ava, or a character like her, could make for a great TV show all by her lonesome.