Conservatives may be loath to admit it, but modern industry demands that child and elderly care be socialized 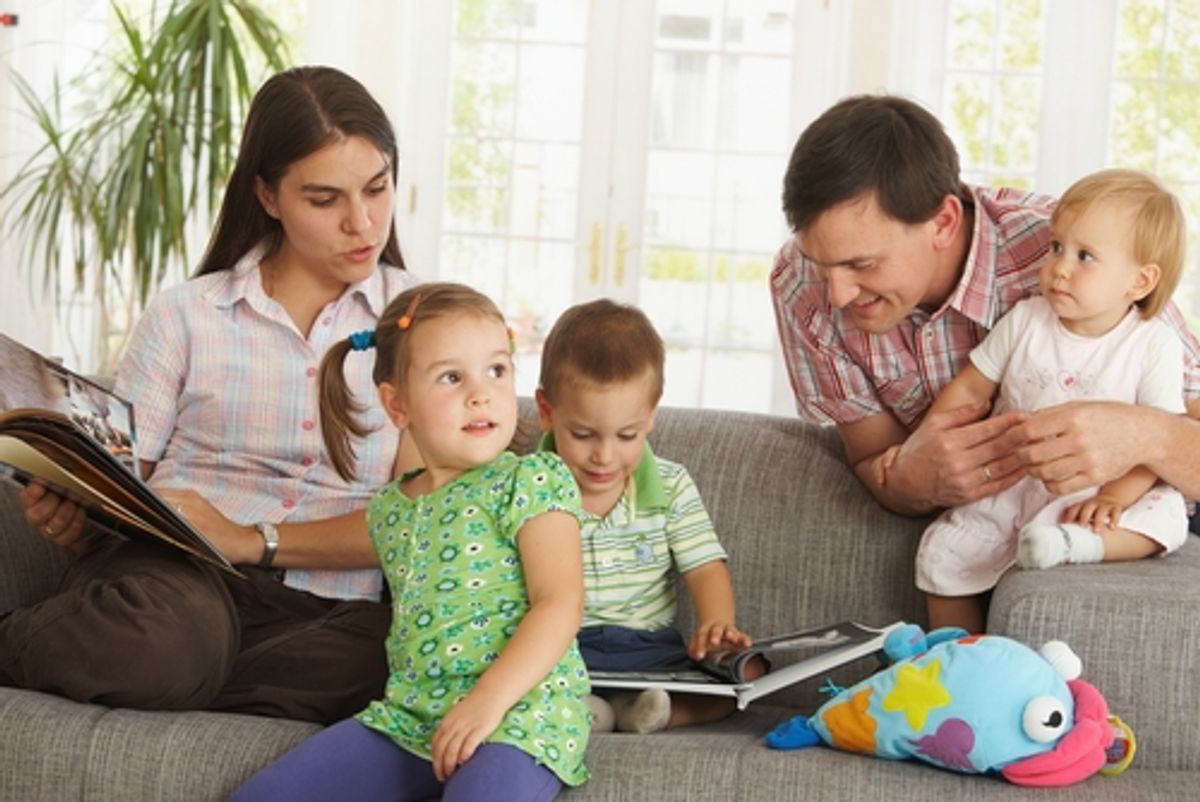 Few conservative misconceptions are more deeply rooted than the idea than the welfare state competes with the market for resources.  In fact, modern business and the modern welfare state have grown up together – and both have grown at the expense of the family.

Before the Industrial Revolution, most production as well as most caregiving was performed within the farm household, by family members.  You churned your own butter and you cared for your children, your elderly parents and your sick spouse at home.

Thanks to the development of machinery powered by mined or collected energy — be it coal, oil, natural gas, nuclear or renewable energy — most production has long since moved out of the household into mechanized factories.  You now buy your factory-produced butter in a store.

At the same time, thanks to the mechanization of agriculture, the number of Americans working on farms has gone from nine out of 10 around 1800 to fewer than two in a hundred today.  The surplus labor freed from the agricultural sector by technology-driven productivity growth has been forced to find employment as wage-earners, in industry or services.

What happens to caregiving, when at least one adult must work for wages outside of the home?  Ever since a majority of Americans and others in developed nations became dependent on wages for household income, there have been only two options:  a breadwinner wage or the socialization of caregiving.

A breadwinner wage is a wage paid a working parent, sufficient to pay for the subsistence costs not only of the parent — traditionally the husband — but also for the children and a parent who stays at home to provide care for the children — traditionally the wife.  The breadwinner wage system, which was influential in the unionized sector of the U.S. economy in the mid-20th century, passes on the cost of caring for children and in some cases the elderly to consumers, in the form of higher market prices for goods and services.

The breadwinner wage system, never universal in the U.S., collapsed in the late 20th century, as a result of multiple forces:  the triumph of “unisex feminism” over “maternalist feminism”; the declining bargaining power of unions; the entry of wives into the workforce in return for stagnant or declining male working-class wages; and, not least, class- and race-based resentment against policies that allegedly pay the poor to breed instead of work (the widely popular but unacknowledged motivation behind the abolition of welfare as a federal entitlement under Clinton and the Republican Congress of the 1990s).  Some social conservatives argue for the restoration of a breadwinner wage/homemaker system, but they are a small and ineffectual minority even on the American political right.

In the case of elder care, both direct tax-and-spend programs like Social Security and indirect retirement income programs subsidized by tax expenditures like 401Ks and IRAs are equally “socialist,” because taxpayers ultimately foot the bill — either directly, through payroll taxes, or indirectly, through higher taxes elsewhere that compensate for the revenue lost to 401Ks, IRAs and other private retirement accounts.  The project of really-existing Republican conservatives, contrary to their propaganda, is not to reduce “socialist” entitlements for the elderly; it is merely to reduce the efficient, public program, Social Security, in order to force more of the elderly into mutual funds, enriching political donors in the money management industry who can skim off fees from retirement savings accounts.  When it comes to retirement security, progressives stand for honest, efficient, low-cost socialism, while conservatives stand for dishonest, inefficient, high-cost “middleman socialism” that would further enrich mutual fund managers and other rent-extracting financiers.

Likewise, when it comes to child care, notwithstanding their anti-statist rhetoric, conservatives, like progressives, generally prefer socializing its costs, through government redistribution, to a breadwinner wage that would pass on the costs of child care to consumers in the form of higher prices.  Most conservatives support the child tax credit, a version of the European-style child allowance, and the EITC, which is designed to benefit parents among the working poor.  Here again, the real difference between the right and the left is not on the question of whether the costs of child care should be partly socialized in a society with a wage-earning majority, but whether the “socialist” tax-based subsidies for children should be delivered through the private sector or the public sector. Given their preference for a direct, efficient, and transparent welfare state, most progressives would prefer to subsidize child care by expanding public pre-school programs run through the existing K-12 public school system.

You might think that the industrial nations that reward homemakers and discourage high levels of female participation in the workforce would have more children per capita, but the opposite is the case.  The countries with underdeveloped public child care systems, which traditionally have favored stay-at-home mothers, including Japan and Germany and the Mediterranean countries, have much lower native fertility rates than countries with generous public child care systems, like those of Scandinavia, in which much of the female workforce is employed in caring for the children of other women.  Since the Great Recession began, America’s demographic exceptionalism — its higher birthrate compared to other industrial countries — has vanished, even among immigrants.  Given the fact that the numbers of immigrants needed to stabilize a population with a low birthrate are unlikely to be admitted, for political reasons, Americans in the future, like contemporary Europeans and East Asians, may come to evaluate labor market policies and welfare state designs on the basis of their pro-natal or anti-natal effects.

The larger point is this:  You can’t have a modern industrial market economy without having some sort of massive welfare state.  When production moves out of the household to factories and offices, adult wage earners follow.  This creates a crisis in child care and elder care, which can be solved either by paying workers enough to maintain both themselves and their young and old relatives, or by socializing the costs of child care and elder care in one form or another.  Thanks to technology-driven industrialization, the market and the welfare state have absorbed most of the productive work as well as the care-giving work earlier performed by the family in the home.  Absent some catastrophe that turns most people on earth back into self-sufficient farmers, producing most of their own goods and caring for their own dependents, this new division of labor among market, state and family is likely to be permanent.