The president signs 23 executive orders on gun control, arguing "we can change if the American people demand it" 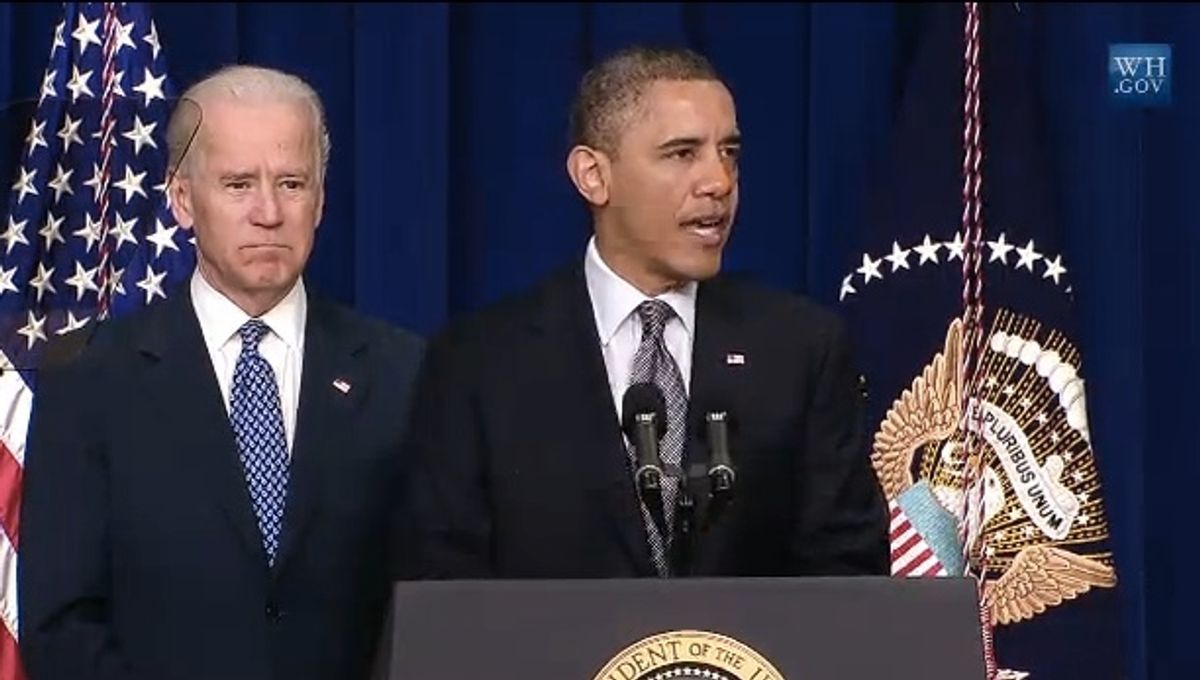 President Obama signed 23 executive orders on Wednesday, as part of the rollout of a broad set of gun control proposals based on the findings of Vice President Joe Biden's gun violence task force.

The full list of orders, which can be read here, include:

Improve incentives for states to share information with the background check system.

Direct the Attorney General to review categories of individuals prohibited from having a gun to make sure dangerous people are not slipping through the cracks.

Propose rulemaking to give law enforcement the ability to run a full background check on an individual before returning a seized gun.

In a speech to the families of victims of the Sandy Hook shootings, Obama also called on Congress to push through "common-sense" legislation to crack down on gun laws,  because his executive orders are "in no way a substitute for action from Congress."

Among those reforms, Obama said, should be universal background checks, restoring a ban on military style assault weapons and a 10-round limit for magazines, and confirming Todd Jones as the head of the Bureau of Alcohol, Tobacco and Firearms division of the ATF, which has not had a permanent director in the six years since Congress mandated that the nominee be confirmed by the Senate.

Obama continued that he knows it won't be easy, and that pundits and gun control opponents will be "warning of a tyrannical all out assault on liberty. Not because that's true, but because they want to gin up fear, or higher ratings or revenue for themselves. And behind the scenes, they will do everything they can to block common-sense reforms."

But, Obama said, "we can't put this off any longer." Since Sandy Hook, more than 900 people have died at the hand of the gun, and "every day we wait, that number will keep growing."

"The only way we can change is if the American people demand it," Obama said.

Prior to Obama's remarks, Joe Biden had a similar take: "I have no illusions about what we're up against," he said, but: "The world has changed, it's demanding action."

The full set of White House proposals can be read here.