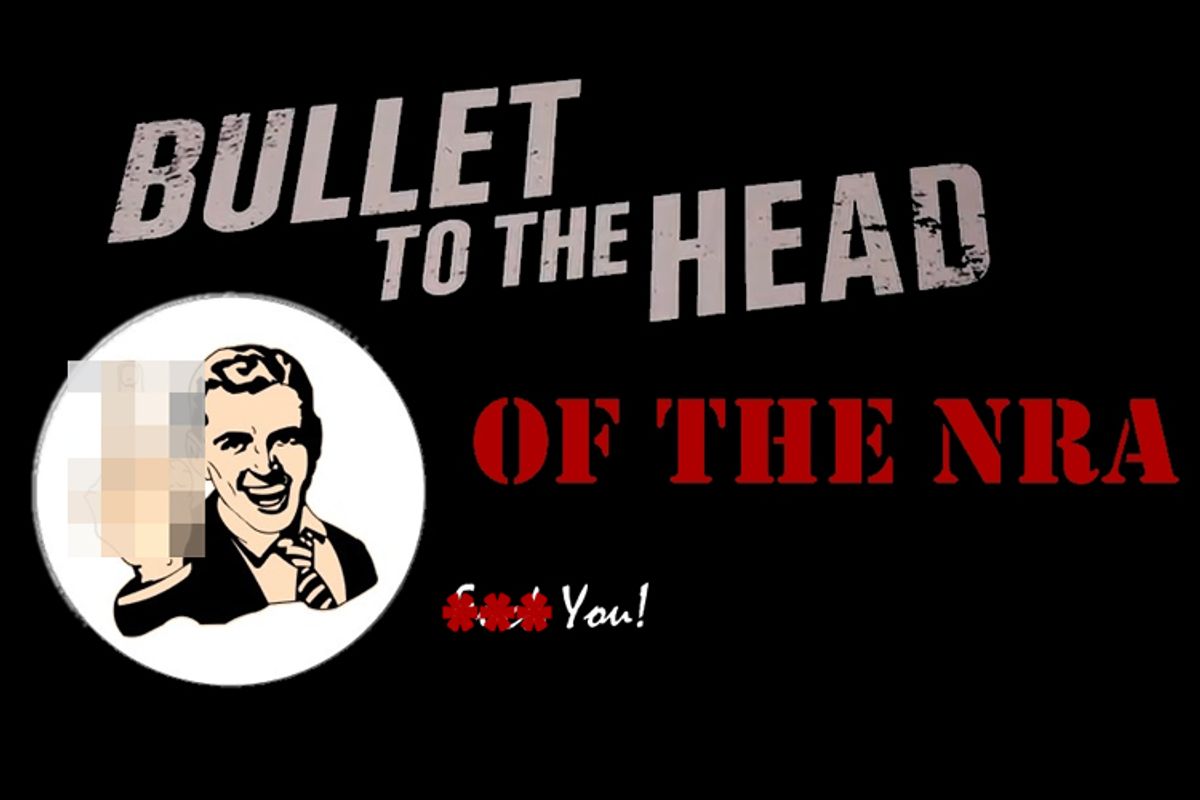 Have you heard about the SHOCKING new left-wing video game? The one where you actually shoot the president of the NRA in the head? It's been all over the conservative press, because it is a very real thing  meant to be treated seriously. Here's Katie Pavlich writing about it in Townhall: "A new online video game is taking political discourse to a whole new level. We already reported the death threats being received by NRA executives and now, a video game which allows users to shoot NRA President David Keene in the head, has been released."

Here's Daily Caller "political reporter" Alex Pappas writing it up. Here it is in the Blaze. And Examiner.com. The National Review's the Corner also finally took the bait. And it was, of course, on Hannity, as an example of "LEFT-WING VIOLENCE":

The "game" is barely a game. It is a crappy demo designed by an Encyclopedia Dramatica forum member in order to ... troll the right wing. (Link NSFW.) Encyclopedia Dramatica (or, as the Daily Caller spells it, "Dramtica") was initially a sort of Wikipedia of 4Chan, the notorious anonymous image board that can take credit for a good portion of the Web's most resilient memes and shock images. Now ED is its own anonymous community of dedicated trolls. Trolls, despite the way the term is usually used these day, aren't just "jerks." They're people who seek to provoke extreme reactions -- outrage, usually -- in other people, for lulz. (ED has an entry on the game, of course, which makes the trolling intent plain.) ED is not "liberal" or "left-wing." They don't give a shit about politics at all. The game wasn't ever designed to even be played -- it was designed to be a series of outrageous screenshots that conservatives would freak out about. Useful information about the game's origin and intent is, naturally, missing from most of the right-wing media coverage of the game, because that sort of context might cause viewers and readers to respond to the provocation in any way besides blind rage.

ED successfully trolled the entire right-wing media. Good work, guys! But how impressive an achievement is it to troll a group that requires trolling to survive? The right-wing media exists to be trolled -- they imagine themselves persecuted, hated and mistreated, and if left-wingers aren't actually persecuting them they invent persecutions. Hence, panic-mongering about ACORN and SEIU thugs and Obama's jackbooted gun-grabbing shock troops. It's one thing to troll the sane, rational and good-intentioned, but trolling these people requires no hard work or imagination. To troll Sean Hannity is to give Sean Hannity a reason to get up in the morning.