Poll: 64 percent of Republicans think Obama's hiding info about his past 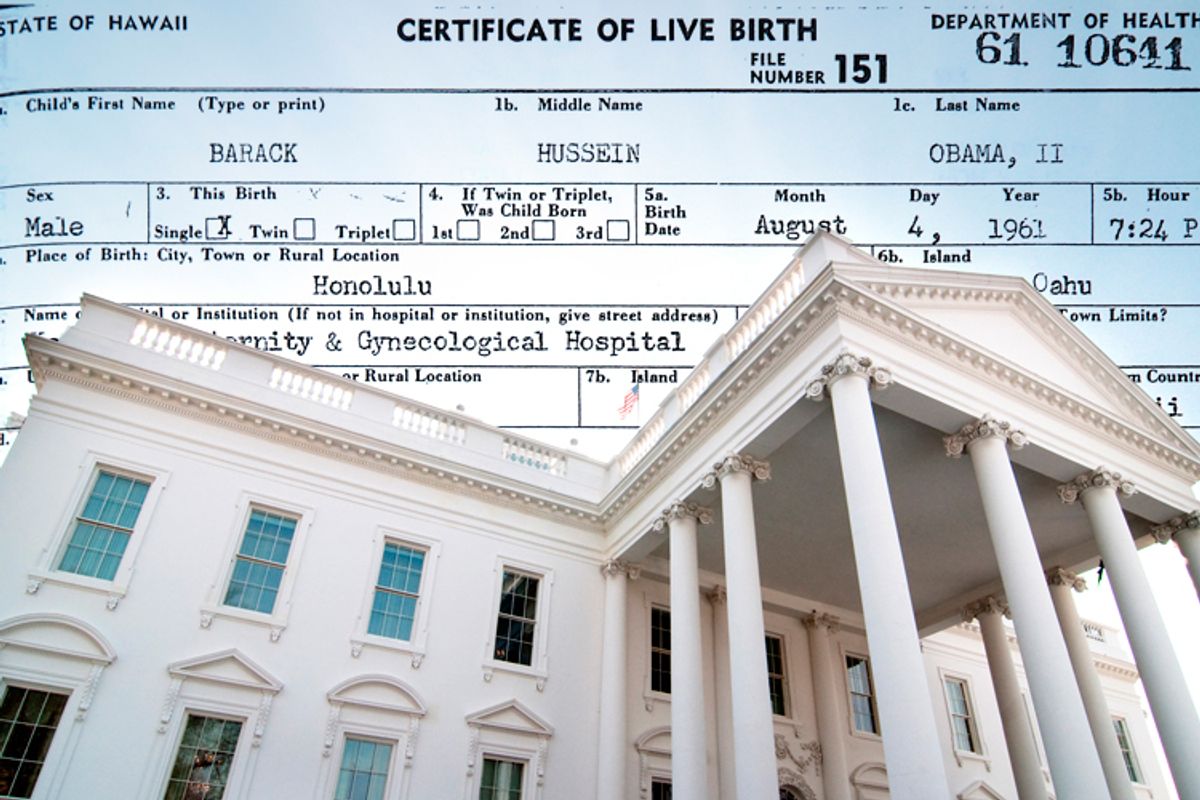 A whopping 64 percent of Republicans think it's "probably true" that President Obama is hiding important information about his background and early life, including his possible birthplace, according to a new nationwide survey of registered voters from Fairleigh Dickinson University's PublicMind project examining Americans' belief in political conspiracy theories.

Belief in conspiracy theories is not unique to Republicans -- 56 percent of Democrats believe in one of the four popular myths  researchers asked about -- but it is more common. Among registered GOPers, 75 percent said at least one of the four theories was likely true.  Moreover, researchers noted: "Generally, the more people know about current events, the less likely they are to believe in conspiracy theories -- but not among Republicans, where more knowledge leads to greater belief in political conspiracies."

The four theories they asked about were: birtherism (36 percent of all Americans believe it); that the government knew about 9/11 in advance (25 percent of Americans think that's probably true); that Obama stole the 2012 election (19 percent believe this one); and that George W. Bush stole the 2004 election via vote rigging  (23 percent believe it).

9/11 conspiracy theories were also more popular among Democrats, with 36 percent believing that Bush knew the towers would be attacked, while young African-Americans are particularly likely to believe this myth -- fully 59 percent believe it.