Pick of the week: An impressive all-black crime drama

Pick of the week: Rapper Common is the breakthrough star in this moody, fatalistic fable of urban manhood 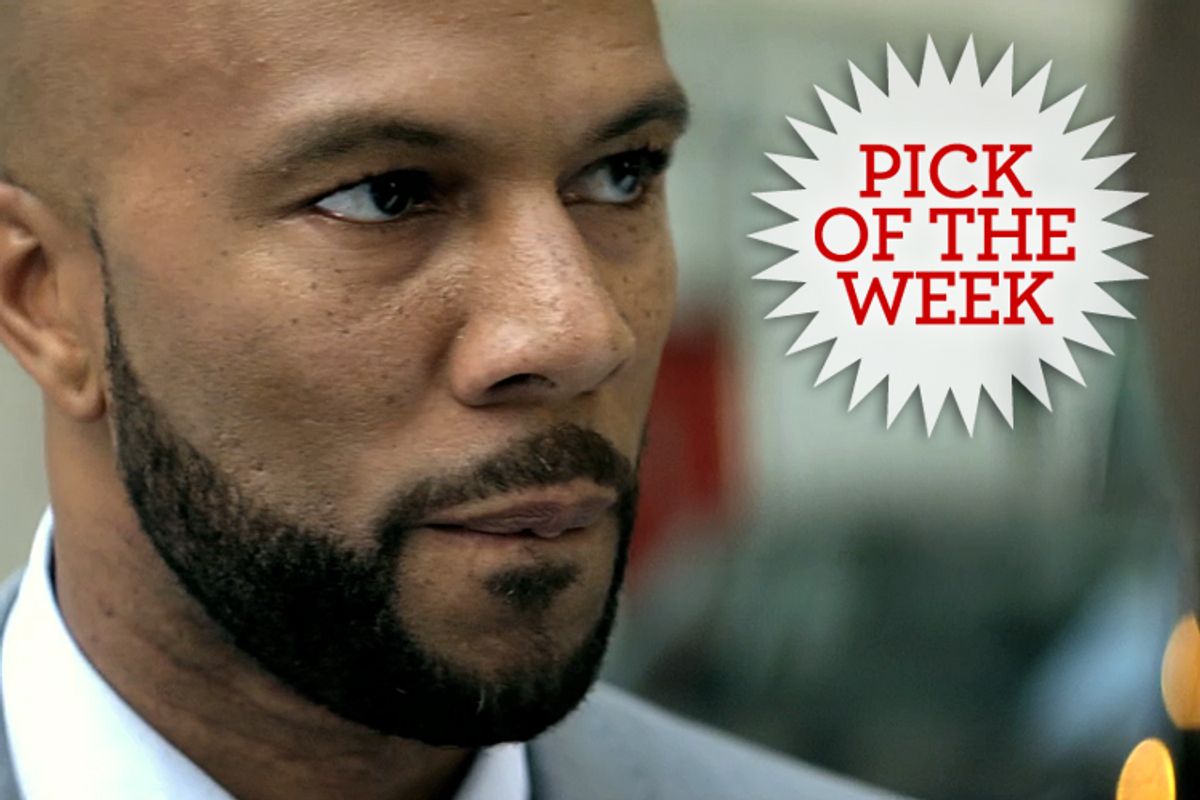 It’s tempting – and perhaps not wholly inaccurate -- to consider “LUV,” the impressive new feature from young African-American director Sheldon Candis, in demographic or sociological terms. Many scholars and commentators, both black and otherwise, have discussed the relative absence of fathers and positive male role models within the African-American community, and “LUV” depicts that problem in its most toxic and ruthless form. (These days, you can no longer say this issue is limited to the black community, if you ever could.) Candis spins an archetypal fable about a wide-eyed 11-year-old kid (Michael Rainey Jr.) who spends one disastrous day with his charismatic Uncle Vincent (the Chicago rapper Common) absorbing a full dose of seductive and destructive lessons on how to be a man in inner-city Baltimore.

But once we get past the fact that “LUV” is a movie made entirely within and about the black community – I think there’s one white person with a speaking part, a banker delivering Uncle V some bad news – we need to recognize that it’s a movie, not a textbook. (I don’t have any idea what the title means, by the way, although a publicist has unhelpfully informed me that it isn’t an acronym.) Similar stories have been told many times about the less reputable zones of Italian-American culture, and this particular man-boy drama could be staged in many times and many places. As for the general premise that the crimes of earlier generations are passed down to poison younger ones, I could swear I’ve heard that one somewhere before. Both for good and for ill, “LUV” has a film-school feeling about it, and channels a legacy of fatalistic American crime cinema that includes “Mean Streets” and “Treasure of the Sierra Madre.”

One of the things about making an all-black movie is that you have a deep and impressive talent roster to draw on, which definitely doesn’t get overtaxed with Hollywood roles. In Common, a ladykiller type with a sharp suit, a shaved head and an irresistible smile, Candis has discovered a natural star, who carries the film with a charm that seems increasingly doomed and ominous. But there are all kinds of better-known actors in smaller roles, most notably Danny Glover and Dennis Haysbert as a genial-seeming pair of brothers who preside over Baltimore’s drug trade from a quasi-rustic house in woodsy suburbia. These aren’t hothead, gun-toting gangsta types out of “The Wire,” although we see some guys like that in this movie too. Arthur (Glover) and Fish (Haysbert) are more like neighborhood achievers who’ve moved up in class; they dress like businessmen and move comfortably back and forth between standard English and street talk.

What makes “LUV” both heartbreaking and effective (before it begins to decay into melodramatic cliché in its latter stages) is that Uncle Vincent really has the best intentions toward Woody (Rainey), a slightly sheltered schoolboy who claims the ability to "holla at shorties" (that is, flirt with girls) but is in fact a youngish 11-year-old who lives with his grandma (Lonette McKee). Common’s performance is both glittering and carefully thought through; Uncle V is essentially likable and also fatally flawed, a guy who can no longer see the moral distinction between buying his nephew a tailored suit and teaching him to fire a handgun. I mean, he’s entirely correct that the kid’s going to need both before their long day together comes to an end.

Recently released from prison, Vincent begins the day with big plans to go straight, sort of. He wants to buy an old building on Baltimore’s booming waterfront and open up an old-school crab shack with up-to-date amenities. As he tells the unimpressed banker (a black guy, not the later, sterner white one), “We could even do bar mitzvahs!” But Vincent is also an ex-con with no credit status in the legit world, so he’s operating off a fake identity he bought from a cheerful, mid-level street operator (Charles S. Dutton), at a seafood stall in Baltimore’s historic Lexington Market. It’s Dutton’s character who tells Vincent that Fish wants to see him, and implies that Fish may be concerned about exactly how Vincent got out of prison so early.

Vincent tries to emphasize the difference between guys like him, with his European suits, Mercedes and grown-up diction, and a ghetto thug like Lil Baby (Hayward Armstrong), who wears unruly dreads, leaves his boxers showing and carries a Glock. But it isn’t Lil Baby who uses an 11-year-old to stash a gun and run a drug deal, as the day’s events turn darker and Vincent has to prove his loyalty to Fish by running an errand that’s quite likely a setup. If the actual plot of “LUV” begins to veer into a chain of unlikely crime-movie showdowns, Candis retains exemplary control of mood and atmosphere, with tremendous aid from the cinematography of Gavin Kelly and a brooding original score by Nuno Malo. While the whole cast is wonderful and it's always fun to see Glover play a bad guy, I want to give special thanks for Haysbert, who's been consigned to selling insurance on TV since his days as the president on "24" (or his one starring gig, in Todd Haynes' "Far From Heaven").

There’s been a modest recent wave of independent black cinema by filmmakers at least a generation younger than Spike Lee, who are eager to explore unconventional portrayals of black life and resist hackneyed portrayals of crime, poverty and race relations. “LUV” is raw in many ways and overly ambitious in others, and Candis’ almost mythical ending – following the inevitable shootout -- feels misjudged. But there’s a freshness and courage about this film that puts it in the conversation alongside Ava DuVernay’s “Middle of Nowhere,” Dee Rees’ “Pariah” and Barry Jenkins’ “Medicine for Melancholy.” In this case, Candis is going right through a familiar stereotype and coming out the other side. He refuses to teach an uplifting lesson or set a noble example, and instead presents a black criminal – arguably the most vilified and detested kind of person in our society – as a tragic hero.