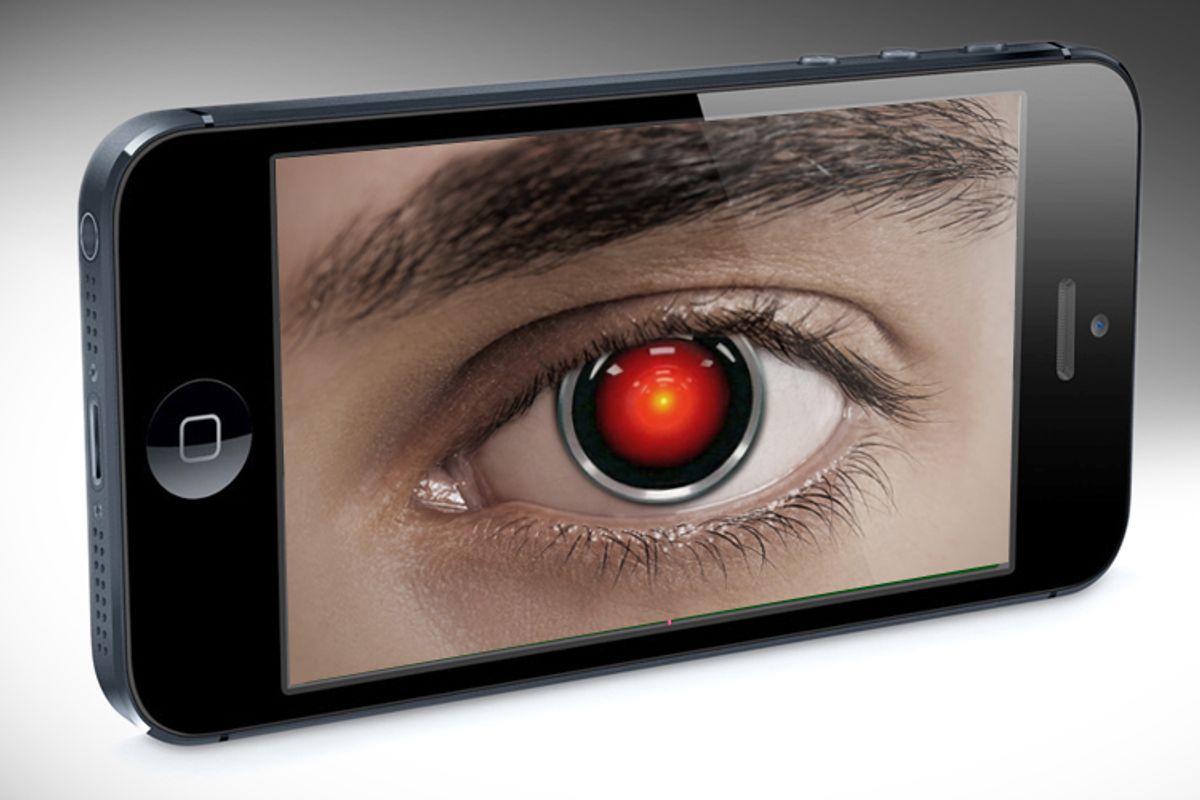 A group of researchers at Carnegie-Mellon had a simple question. When we play a game of Angry Birds or Fruit Ninja on our smartphone, or identify a song's name with Shazam on our tablet, what kind of information do we think we are revealing about ourselves to the outside world? What, in other words, are our privacy expectations?

Almost every app gathers some kind of information -- a unique identification number that belongs only to a specific mobile device, or location data revealing where exactly the app is being used. But connecting that data to the ostensible function of the app can be murky. The CMU researchers created an experiment in which they presented users of the most popular Android apps with the precise information those apps gathered, and then asked for reactions. Were they surprised? Bothered? Complacent?

The answers, says Jason Hong, an associate professor of computer science at Carnegie-Mellon, had a lot to do with our perception of the app's purpose. For example, participants in the experiment weren't alarmed in the least to learn that Google Maps is a heavy user of location data. Of course it is! The whole point of Google Maps is to help you get from where you are to someplace else. Location data is essential to the task.

But the news that the Brightest Flashlight app collected location and device ID data caught most users off-guard. The same was true for popular gaming apps like Angry Birds. To most users, there's no obvious reason why a flashlight app needs to know where you are. The discovery that such apps were gathering such detailed information resulted, says Hong, in a sense of uncertainty and discomfort.

"Nobody expects that Angry Birds will use your location data," says Hong, "and so everybody is surprised, because it has nothing to do with the functionality of the app."

In the vast majority of cases, the information gathered by apps is used, or intended to be used, for targeting mobile advertisements at particular users. Hong believes that better disclosure about advertising on the part of app makers will ease the sense of discomfort felt by blindsided users.

But I'm not so sure. Because the most provocative thing that I learned from the CMU study was that most of us have little clue as to just how much information advertisers are gathering about our usage of mobile devices, and how sky-high the potential is for exploiting that information to target us with personally crafted marketing.

I did not know, for example, that Angry Birds gathers location and unique ID for eight different companies specializing in mobile ad optimization, targeting, tracking and analytics. The same is true for Brightest Flashlight and Toss It (a game in which participants throw crumpled pieces of paper into wastebaskets).

In fact, the same names pop up again and again when you review exactly where the different apps are sending information. Names like Flurry and AdMob, MdotM, Millennial Media and JumpTap. A significant number of the apps on our phones are part of the same incestuous ecosystem, sending information about our location and our activities to a handful of ad tracking and targeting companies. Those companies therefore have access to much more information than simply the fact that you might just have achieved  a record score on Fruit Ninja. By correlating the device ID and location data that they gather from scores of different apps, they can figure out that you aren't just a Fruit Ninja addict; you're also a heavy user of Shazam and OKCupid. And the more we use our phones, the more they know.

Consider, for example, the case of Flurry, one of the biggest players in the burgeoning field of mobile device app analytics. Flurry claims a data set of "over 260,000 apps running on the significant majority of iOS and Android devices." Such a level of "application penetration," according to Flurry, means that the company knows nearly instantly when new devices are activated. From the moment you turn on your phone, Flurry is watching. In November, the site measured 60 billion "sessions," which it defines as "the start and a stop of an application on a mobile smart device" -- and more than a trillion "events" -- "actions completed by consumers inside apps such as completing a game level, making a restaurant reservation or tagging a song."

You may have heard of something called "Big Data." Well, this is it -- all our gaming and browsing and social media engagement jumbled up into a vast flow of data sucked up by hungry mobile device advertising platforms. The individual apps are really little more than the most efficient vehicles yet devised to transmit our personal data to advertisers. It's something we should all be more aware of. We're not alarmed to know that Angry Birds has a record of all our in-game activity. How else can it tell us when we set a new personal record? But behind Angry birds are companies like Flurry that are able to put together our gaming activity with everything else we're doing on countless other apps.

What does Flurry do with all that data? It figures out who we are, or at least, makes its best guess as to what kind of person we are, and then categorizes us under various advertiser friendly "personas."

From TechCrunch, (emphasis mine):

In order to be categorized as one of these types of users, a person would have to spend more than 25 times the benchmark average across application clusters that demonstrate interest in that category. This info can be used in combination with the segmenting and targeting tools Flurry already had available, including the ability to target by age, gender, device, language, and geography.

Flurry's investors include a roll call of blue chip Silicon Valley venture capital firms -- Menlo Ventures, Draper Fisher Jurvetson, InterWest Partners, Union Square Ventures, First Round Capital, and Draper Richards. It's not hard to understand why. Every available data point suggests that the world is migrating to mobile in a stampede. Where our eyeballs go, advertising dollars must follow.

Some of the advertising platforms gathering data via our app usage make claims that may seem fantastical. A company called JumpTap promises the ability to differentiate between shoppers who are idly looking at luxury items that they could never afford and those who are poised to hit the buy button.

Historically, mobile ad targeting has used indicators related to the devices themselves (including the device type, usage, data plan and zip code) and consumer interaction with content and advertising on the device. Bell said Jumptap’s new “consumer-level” approach to targeting gives advertisers the ability to distinguish between a consumer searching for a Rolex who is actually a luxury shopper and a consumer who is really a student with little income, who happens to be in an affluent zip code, clicking on ads (maybe even by mistake) for high-end goods.

Since the earliest days of the Web, advertisers have sought to target us by tracking our movements online. What we need to understand today, says Hong, is how much easier it is to follow us around through our phones than it has ever been via our laptops or desktops. It's also harder than ever to hide. Deleting the cookies that a website places on your desktop computer is trivial. Deleting the unique ID associated with your phone or tablet is an entirely different order of business, and may even be impossible. The mere availability of location data via GPS functionality is another huge difference between the mobile world and the old PC world.

The sharpest minds in search and sales and advertising are all concentrating on the problem of how to target ads at us on mobile devices. But those of us who actually use our phones and tablets generally only have the haziest idea what is happening when we idle a few moments away playing a free game -- or even when we flip on the flashlight app.

"It's not very transparent at all," says Hong, "that this much data is being collected underneath the covers. The advertisers can tell if a person plays a lot of games, or if a person flies around a lot, and they can even start guessing where this person lives or works."

"But ultimately," says Hong, "we really don't know what's going on with this data. It's just a big black box. "