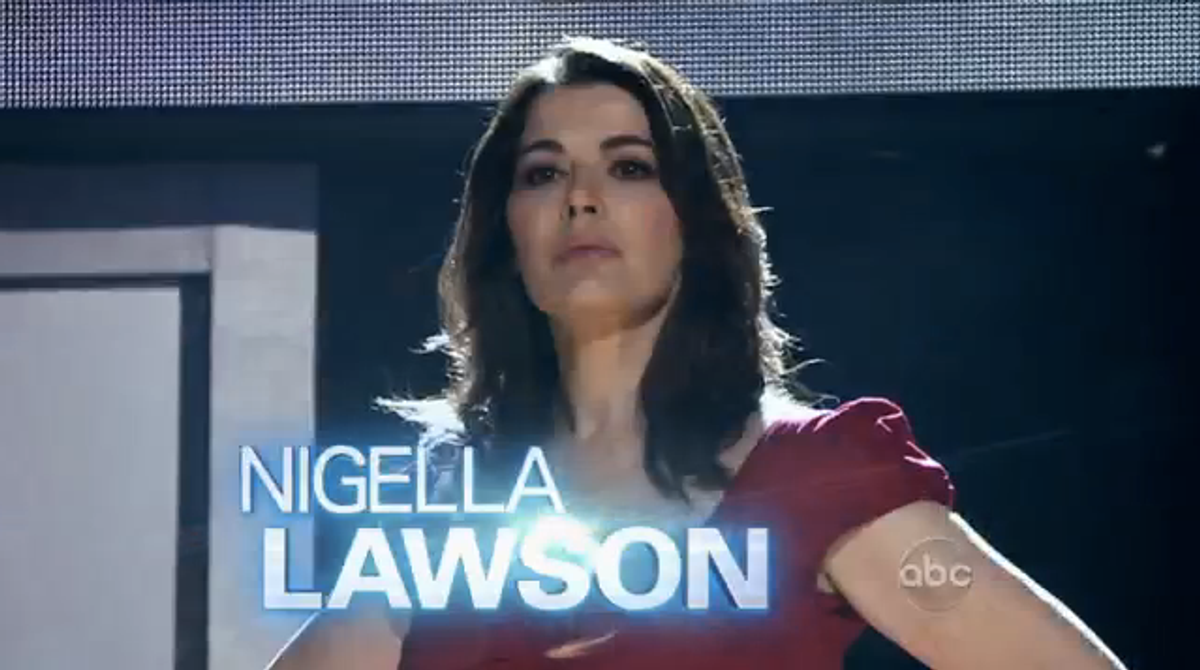 Although ABC's cooking reality TV show "The Taste" has yet to premiere, news is starting to buzz about one of its judges, food writer and TV personality Nigella Lawson, for not allowing the network to airbrush her image in its promotional posters. Lawson wrote of the incident in her blog, Kitchen Witter, today:

Although it was very thrilling to think of being up on a billboard in LA and around the States, I was very strict and English and told them they weren't allowed to airbrush my tummy out. Wise? Hmmm. But that tum is the truth and is come by honestly, as my granny would have said.

That Lawson takes a much-needed stand against unrealistic portrayals of body image is not entirely surprising: Her curves and sexualized "queen of food porn" image have been subject to much scrutiny in the past. She has described her body as naturally "Bosomy and bottomy with quite a small waist," and makes no apologies for it: “I’m always going to be someone who goes up and down,” she told the Radio Times regarding her weight. Though she admits that she minds it “only if I’m having my photograph taken," she also adds, "But I don’t equate thinness with healthiness, as other people do, because I’ve only ever seen people get thin and then die.”