After countless parties and hangovers, I swore off alcohol for a year and transformed my body and my bank account 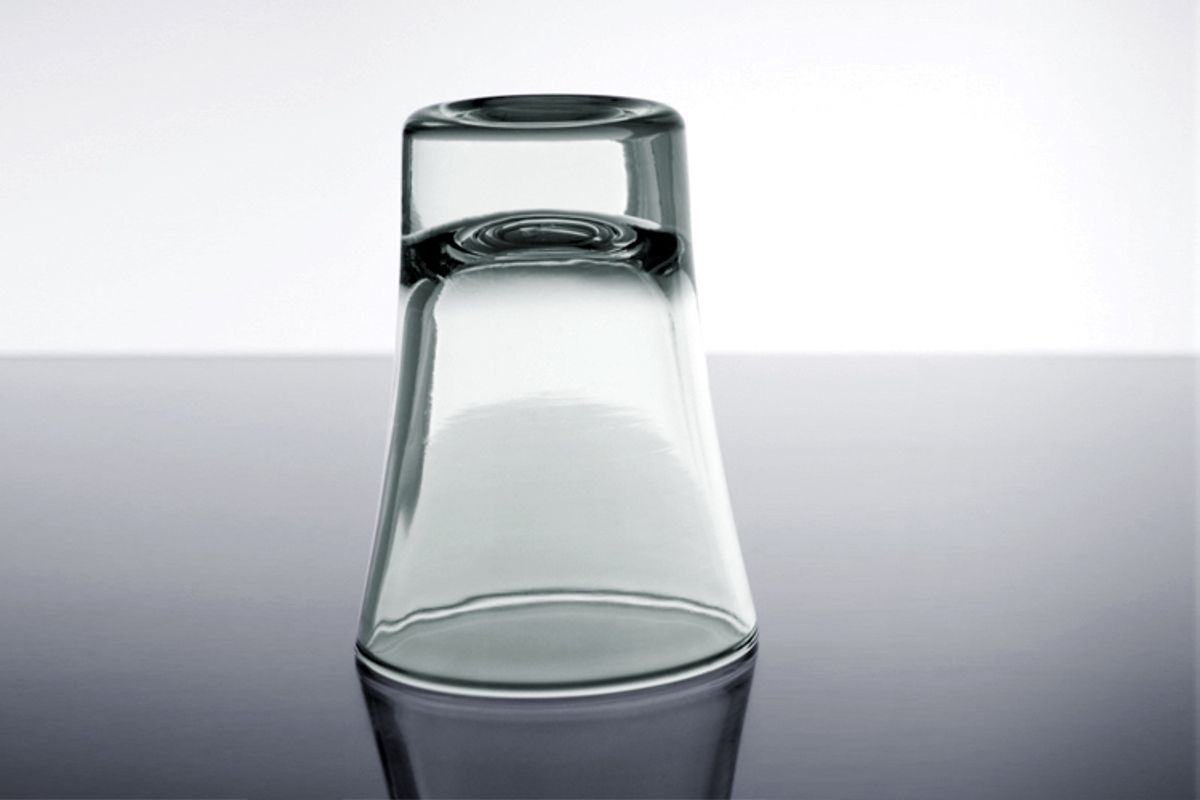 I am standing in front of a roomful of New Yorkers, all sipping sample-size martinis. My husband is by my side, working the projector. Above us, "The Thin Man's" Nick and Nora Charles are wisecracking on the screen. I'd presented this seminar on cocktails in classic film a dozen times before, but tonight, something is different. I wonder if anyone will notice that neither of us has had a single drop to drink.

My husband and I had just made a New Year's resolution, and it was a doozy: abstain from alcohol for a year, or at least until we both crossed the finish line of the Chicago Marathon that fall. It was only the first week of January. We still had nine long, dry months to go.

We'd come to this unfamiliar, new teetotaling place partly out of a wish for a sit-up-and-take-notice new challenge, and partly out of the realization that our expanding waistlines, doughy faces, and frequent morning headaches weren't going to go away by themselves.

The previous year had been a banner one for us both in drinking. My gig as a cocktail columnist had afforded me kid-in-a-candy-store access to alcohol, and my husband, who seldom goes for half measures, had proven himself an eager partner in exploring every new frontier. It had taken me to countless parties and private tastings, and had whisked me behind the scenes at numerous distilleries, bars and speakeasies around New York and as far away as Gascony, France. It had spirited us both away to New Orleans for a five-day, 24-hour nonstop cocktail festival and had delivered dozens of beautifully packaged "review copies" via messenger to our front door. Cocktail manuals were crowding out our bookshelves, our kitchen counter was laden with booze bottles, our cupboards crammed with stemware of every size and shape. Although we'd once reveled in the considerable perks of this bon vivant lifestyle, we had to admit we were getting older. We were both ready for a change.

The timing was perfect. I'd just stepped down from my cocktails columnist position to work on a book and we both felt primed for new projects, new beginnings and other kinds of Shiny New Year stuff. Still, I wondered, could we really do it? Would our co-resolution go the way of so many hopefully launched others of years past: save money, lose weight, stop spending so much time on Facebook? Only time would tell.

We began our new regimen Jan. 1, 2012, and each day and week that followed seemed to offer up a new challenge, to nudge us across a strange, new, bone-dry frontier. Sipping only water at my seminar. Cooking scallops in garlic and white wine sauce -- minus the white wine. Watching Netflix Saturday nights while drinking nothing stronger than Sleepytime tea. It all felt a little boring, but it was doable. The real challenge didn't come until late in the month: my birthday dinner out.

It was my 45th and we were celebrating the occasion at a flashy Italian restaurant downtown. As we stepped out of the cab, the chill wind seemed to go right through my dressy coat, to bite at my ankles through their flimsy hosiery. Snow was falling. The streets were icy. It was the kind of night you'd welcome the swift and heroic arrival of a brandy-bearing St. Bernard.

We entered the restaurant shivering and surrendered our coats to the hostess. Our table wasn't ready. Would we like to wait at the bar? In the past, we would have gladly whiled away the five or 10 minutes with a glass of prosecco or maybe a negroni. But killing time booze-free? This was going to be weird.

Perched on barstools, we ordered sparkling water for the both of us, toasting before we sipped. Once we were seated in the dining room, there was more water. I wondered if the waiter was going to be disappointed, stuck with such a dud table, but if he was, it didn't show.

We made it through course after course, pasta with a rich red sauce that seemed to cry out for a glass of Barolo, buttery branzino that was thirsty for chardonnay, rich chocolate desserts that would have gone so perfectly with a little ice wine or a snifter of Armagnac. Then the meal was done and we had both made it through without caving. And the check, when it came, was half what it would have been with all that booze.

Having successfully negotiated this birthday outing, my husband and I both felt we had turned a corner. This whole not drinking thing really wasn't such a big deal. We had made it through 21 days, the time it took to change a habit, according to an article I read.

Over the months that followed our bodies and bank accounts were transformed. We took speed training classes together in Central Park every Thursday, ran at least 12 miles each Sunday. We logged our mileage, counted our calories. We went to bed early each night after sipping cups of herbal tea. My husband lost 30 pounds and I dropped 18. We woke each morning with heavy legs instead of throbbing heads. Our experiment was paying off.

I was soon to discover, however, it wasn't so much the actual drinking I missed, but the sense of community that came with raising a glass. Chatting with the friends I'd always see at events and tastings. Trying out a talented bartender's latest creation. Being able to introduce out-of-town visitors to my favorite neighborhood bar. My husband was noticing a shift in his work life too. At work dinners, he drank club soda — sometimes after ordering wine for the table -- and then hit the gym or went home early after dessert arrived. We even had to say no to our running buddies when they invited us to join them for beers after a workout. We were taking a hardcore, all-or-nothing approach, but kept reminding ourselves it was only temporary. The Chicago Marathon was just around the corner and that celebratory bottle of champagne stood glistening like an oasis, 26.2 miles away.

In the days leading up to the race, we took a lot of ribbing from our friends. After all those months abstaining, would we now be a couple of drinking lightweights, felled by a single sip? We stood in our hotel room, both still in our sweaty running clothes, numbers pinned to our shirts, medals clanging around our necks. We were dead tired but exuberant. Each of us had run marathons before, but both of us had just achieved a personal best.

My husband peeled off the foil, untwisted the little wire cage, and turned the cork until it made a familiar pop. I caught a whiff of the toasty liquid, relished the sound of the glug and fizz as it poured. We raised our glasses to our lips.

Were we bowled over? Reduced to giggles or drunken belligerence or soaring grandiosity or teary regret? Nope. After all that buildup, the whole thing turned out to be a non-event. We found the champagne tasty. Our cheeks got a little glowy, muscles relaxed a little, but that was it.

During the weeks that followed, we eased up on our regimen, taking time off running and enjoying a cocktail now and again. By December, we found ourselves revisiting old habits. Overdoing it with the snacks while drinking, succumbing to the temptation of budget-busting bottles of Bordeaux. A few pounds came creeping back, the long-lost joy of the hangover was rediscovered, and our bank accounts felt it too.

The real challenge for us, we discovered, was moderation. To find that middle way between Spartan soldier and Holly Golightly. Between bowls of cereal for dinner and chili fries. Oh well, everyone needs a project. That's ours for this new year.

Nora Maynard's essays and food-and-drink writing have appeared in Apartment Therapy: The Kitchn, Food Republic, Leite's Culinaria and CHOW. She is currently completing a novel, training for a marathon and sipping the occasional cocktail.