Ayn Rand is for children 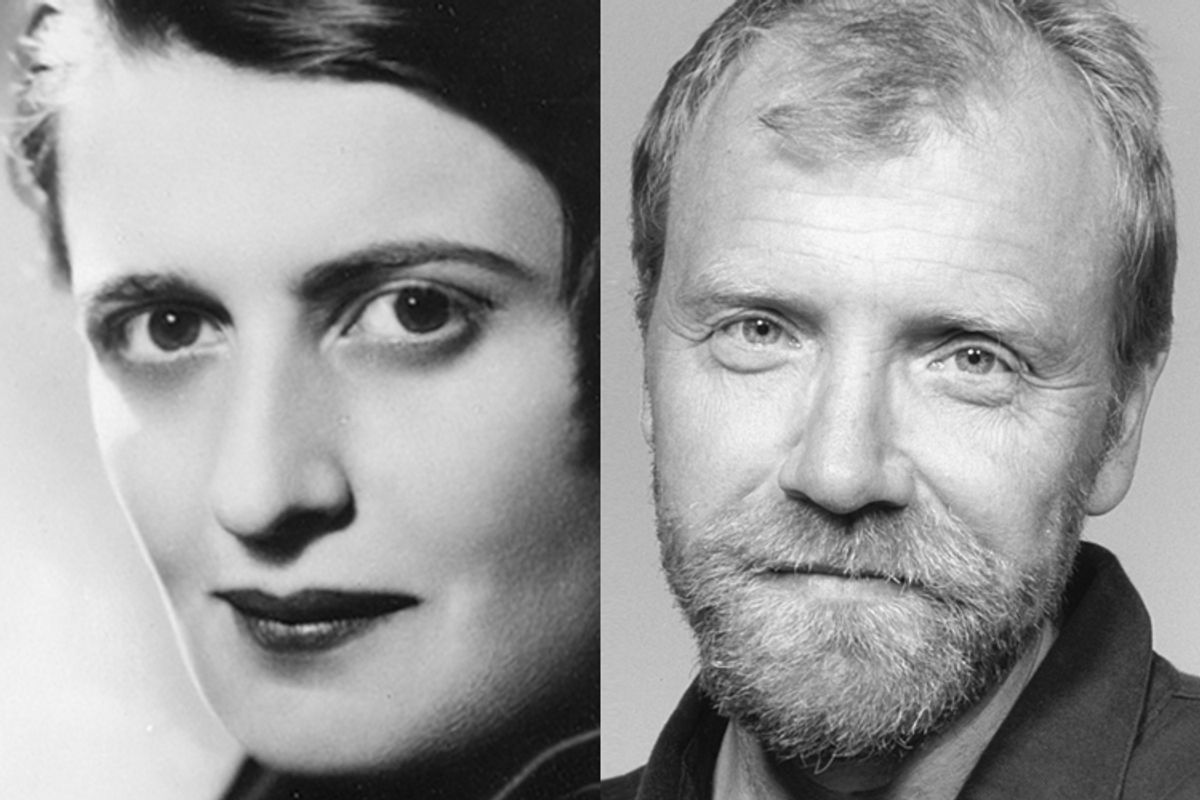 With this week's news that Glenn Beck and others are preparing to build libertarian communes and "Going Galt," I figure now is the time to finally refine my theory about those who claim to be Ayn Rand acolytes or who brag that their favorite book is “Fountainhead Shrugged” (they are the same book written twice in order to double Rand’s profit, so for brevity, let’s just use one name).

Since I first met Objectivists (read: libertarians) in college, my Unified Theory of Rand Groupies posited that they all probably fit into at least one of three groups: those who 1) never grew out of the usual "the world is persecuting me and doesn't see my true genius" phase that momentarily afflicts the typical high schooler 2) think saying "Ayn Rand" in any context makes them sound intelligent, even though they've never actually read her work or 3) have read Rand's work, don't genuinely believe in her ideology as evidenced by their lifestyle/politics, but still say they love her because it serves to make them feel good about their own avarice.

Out of these three groups, the third is probably the most prominent in this, the era defined by the politics of "makers versus takers." After all, these folks purport to adore the free-market triumphalism of "The Fountainhead" and "Atlas Shrugged," haughtily imagine themselves as rugged up-from-the-bootstraps individualists like Howard Roark and John Galt, tell themselves that their greed is patriotic, and thus demonize government and taxation. Yet, most of these same people tend to live their lives in ways that belie their personal mythology.

Typically, they are more than happy to (among other things) drive on taxpayer funded roads; to have their assets defended by government agents (aka police and firefighters); to have their property rights protected by a law enforcement collective known as the judiciary; and to pocket their share of handouts. Some alleged Randian individualists are even willing to decry the social safety net for others but not for themselves, and still others are happy to to vote in Congress for the epitome of what Randianism stands against.

That said, after reading the following nugget from this terrific New York Times writeup of literary giant George Saunders, I discovered a critical hole in my theory (emphasis added):

After he graduated from the School of Mines, Saunders went to work for an oil-exploration company in the jungles of Sumatra...They worked four weeks on and two weeks off and in the down time would be shuttled in helicopters to the nearest city, 40 minutes away, and then from there fly to Singapore.

“I’d been kind of an Ayn Rand guy before that,” he said. “And then you go to Asia and you see people who are genuinely poor and genuinely suffering and hadn’t gotten there by whining.” While on a break in Singapore, walking back to his hotel in the middle of the night, he stopped by an excavation site and “saw these shadows scuttling around in the hole. And then I realized the shadows were old women, working the night shift. Oh, I thought, Ayn Rand doesn’t quite account for this.”

As Saunders' personal story suggests, my theory about Randists fails in not accounting for the fourth and arguably biggest subgroup of all: those who have never visited the developing world. And when I say "developing world" I'm not talking Tom Friedman-ese by referring to walled off resorts in banana republics or big, wealthy cosmopolitan cities isolated from their otherwise dirt poor nations. I'm referring to the actual dirt poor places outside those resorts and cities where the Tom Friedmans and Rand groupies probably never visit.

Now its true: I've never been much of a Rand fan myself (beyond, of course, the normal momentary dalliance with "Fountainhead Shrugged" during my obligatory 11th grade descent into immature self-pity). Nonetheless, after my three-week voyage to the poorest province in China in 2009 (which you can read about here), I can say with confidence that if you have been to the non-Tom-Friedman developing world - aka the actual developing world - you don't need Saunders' MacArthur Genius-worthy intellect to arrive at his very same conclusion.

My particular trip felt like a journey to a place much like what I imagine 19th century America had been - a place that at once confirmed the worst consequences of a real-world Galt's Gulch (no obvious environmental, public health or workplace safety laws) and proved the idiocy of Rand's overarching ideology (the preternaturally industrious poor in China hardly seemed like blameworthy "takers").

I'm guessing it was the same for Saunders in Singapore, just as I'm guessing it is for Americans who deign to visit the developing world. Simply put, once you actually see laissez faire capitalism and greed-is-good extremism at work, it doesn't look as nice as it sounds in Rand's works. On the contrary, as Saunders implies, it makes "Fountainhead Shrugged" look less like serious treatise than bad young adult fiction, with all the corresponding misguided parables and oversimplified conclusions.

The problem is, for various reasons - some having to do with economics, some having to do with cultural arrogance - relatively few Americans make the kind of trip Saunders made. According to government data, only 30 percent of Americans even possess a passport (which is a very low rate compared to citizens in other industrialized English-speaking countries). Additionally, of those who do, only a fraction use their travel papers to visit parts of the developing world that perfectly spotlight the failures of the Rand vision.

To be sure, a strict Objectivist would probably argue that many developing-world nations don't represent Rand's vision because they are ruled by corrupt governments. But that's not really relevant because many of those places are now defined by Authoritarian Capitalism whereby political freedoms are limited, but Randian free-market extremism most certainly is not. Indeed, as some American CEOs will openly admit, if you want to see a more purely Randian version of a socially darwinist free market than exists in America, head straight across the Pacific Ocean to China.

Put all this together, and I'm officially amending my theory. To be a Rand groupie is to flaunt your immaturity, your ignorance, your desperation to justify greed or your lack of international travel. It is, in other words, to admit your blindness to how so much of the world already lives, and to ignore what America would look like if "Fountainhead Shrugged" was seen as a public policy manual rather than what it really is: a dangerous farce.