5 things you don't know about Roe

On the 40th anniversary of the landmark abortion rights decision, a look at what it meant -- and what it didn't 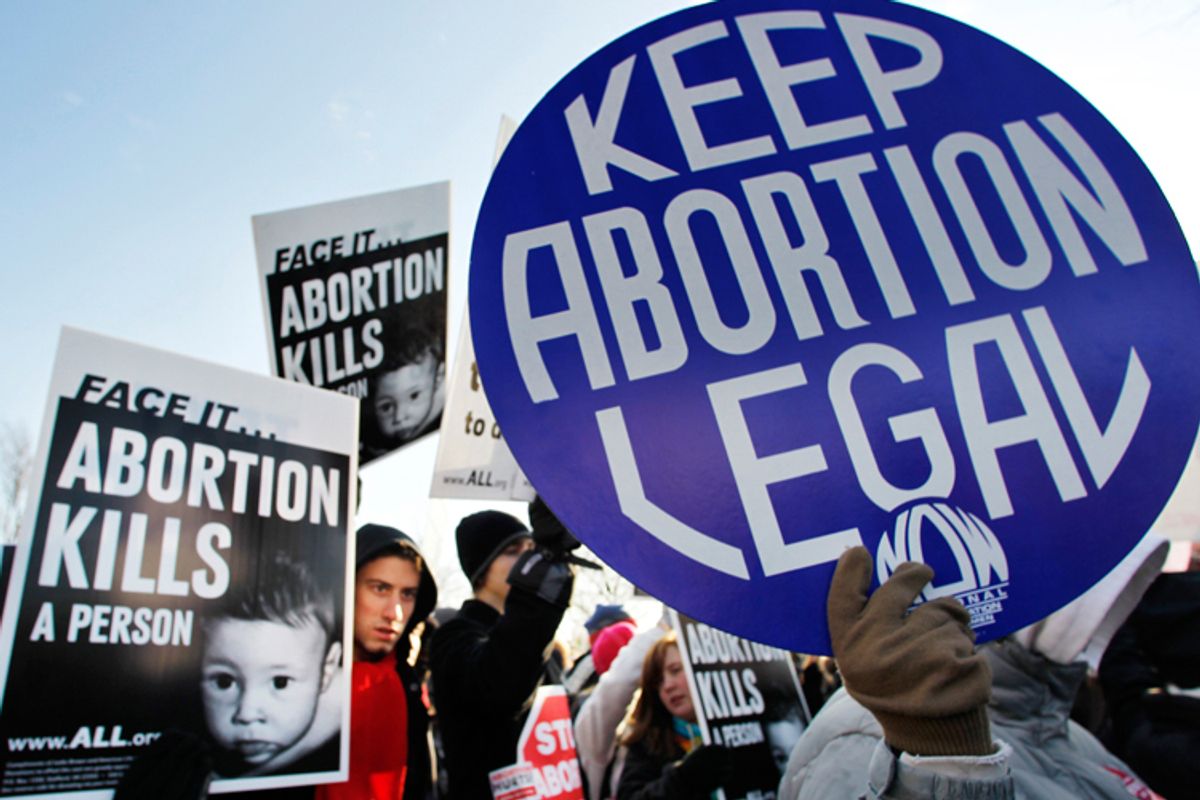 1. Roe didn't start out as being about women's equality, and many wish it had gone differently. If you actually read Roe v. Wade, you'll see that it's not exactly a feminist manifesto. Supreme Court Justice Ruth Bader Ginsburg, who has expressed ambivalence about Roe, has also said she wished a different case, one of her own, had established abortion rights in America. Capt. Susan Struck was a Catholic who was told by the Air Force in 1970 that she had to either terminate the pregnancy or leave the military. (How times have changed.) Struck wanted to carry to term and said she would give the child up for adoption. The Supreme Court agreed to hear the case -- but then a last-minute policy change waived her discharge. Ginsburg thought Struck's case would have been better for establishing a firmer right to abortion as reproductive autonomy, because "her choice was birth."  Instead, as Ginsburg put it last year, "If you read the decision [in Roe], it’s as much about the doctor’s right to recommend to his patient what he thinks his patient needs. It’s always about the woman in consultation with her physician and not the woman standing alone in that case.”

2. We don't live in a Roe world, we live in a Casey world. The rights described in Roe v. Wade are far more broad than the ones American women live under now. Last year marked 20 years since another landmark abortion decision, Planned Parenthood vs. Casey, in which the Supreme Court declined to overrule Roe but opened the door to near-endless restrictions, including the state explicitly trying to talk women out of their choices. We saw the full fruit of that decision in the past couple of years, when Republican takeover of statehouses allowed for an unprecedented number of restrictions. Since then, lower federal courts (many stacked with conservative appointees) have largely allowed these laws to stand, with very few of them seen to meet the "undue burden" standard laid out in Casey. That means a woman living in Mississippi is practically living in a different country from a woman living in New York.

3. Don't take Roe backlash claims at face value. You might hear today that Roe v. Wade was too fast, too soon, and that it launched the national right-to-life movement instead of quietly building consensus state by state. That's an incomplete narrative at best, argue Linda Greenhouse and Reva Siegel, who point out that abortion was already a contentious issue when Roe was decided, but that the contours of that controversy come down to choices made by the Republican Party. Lots of what we take for granted about the abortion debate wasn't the case 40 years ago, when "more Republicans than Democrats supported abortion’s decriminalization, when Catholics mobilized against abortion reform but evangelical Protestants did not, when feminists were only beginning to claim access to abortion as a right." Pat Buchanan saw an opening to try to get Northern Catholics into the Republican camp, evangelicals became politically mobilized, and the rest is history. It's not clear that a profound issue that concerns women's roles and the construction of the family would have ever been anything but contentious, and without Roe, American women might have been left with even less.

4. It's about the money. Roe v. Wade overturned state abortion bans, but it was silent on who would pay. Enter Rep. Henry Hyde, who in 1977 said, "I certainly would like to prevent, if I could legally, anybody having an abortion, a rich woman, a middle-class woman, or a poor woman. Unfortunately, the only vehicle available is the … Medicaid bill." Since then, thanks to the Hyde Amendment, the vast majority of abortions cannot be paid for by federal Medicaid funding, and the court has said that's just fine. (Pro-choice activists were able to eke out some state Medicaid funding in 17 states.) The current antiabortion target is private insurance funding for abortion, and it seems to be working. In the meantime, abortion funds are struggling to fill in the gaps that the least-advantaged women are likeliest to fall through.

5. The right-to-life movement is divided on how to strike down Roe in the courts, but it's done pretty well so far. Abortion is still (mostly) legal in the United States, and the Supreme Court has repeatedly declined to change that in any sweeping way. Over the years, antiabortion activists have tried absolute moves to prod the court (think Personhood movements in Colorado or Mississippi, or statewide ban attempts in South Dakota), but the incrementalists have the wins on their side. They managed to get America fixed on a particularly unappealing abortion procedure, which they named partial-birth abortion, throughout the '90s and early 2000s, and they managed to get the Supreme Court to uphold it without lifesaving exceptions. Next up: Trying to get the Supreme Court to rule on 20-week bans premised on "fetal pain," another made-up concept, in an effort to get it to consider what happens to the fetus rather than what happens to the woman. The reelection of Barack Obama last year meant that we'll have a status quo court at least in the near future, which in practice means appealing to Justice Anthony Kennedy. Again.