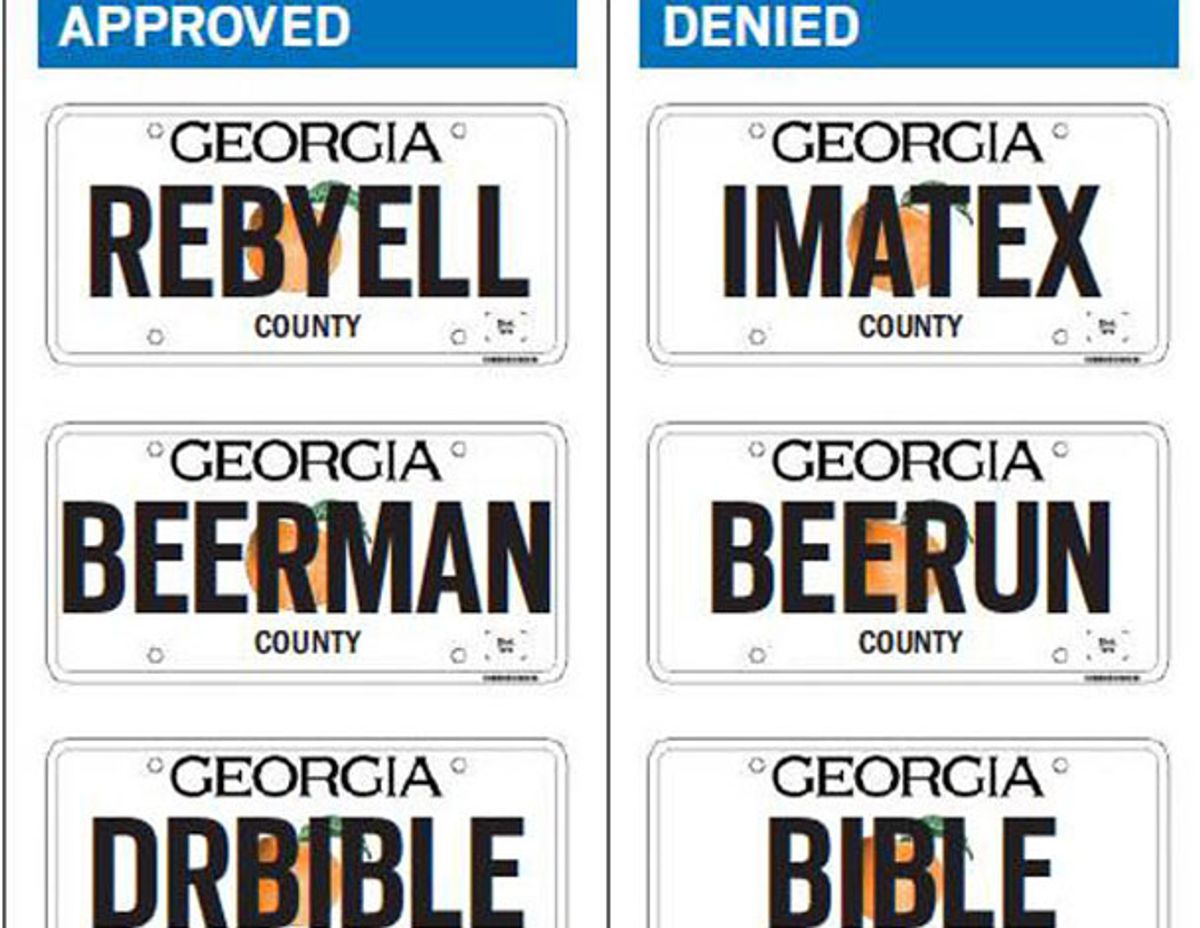 James Cyrus Gilbert wanted his license plate to read “4GAYLIB,” “GAYPWR” or “GAYGUY," but Georgia has "gay" on its so-called blue list of banned words. Now Gilbert is suing, arguing that the state violated his constitutional rights by rejecting his application for personalized plates.

“It’s not like I was asking for something that was vulgar or over the top,” Gilbert told the Atlanta Journal-Constitution. “Denying someone the right to put 'gay' on their tag, that’s political. If I want I could get a tag that said 'straight man,' but because it had 'gay' on it, it’s not available.”

Georgia allows other forms of political and religious speech on their plates, like JESUS4U, which Gilbert's lawyers argue is the state favoring one political belief or philosophy over another. All states have a "blue list" of vanity plates that contain banned words, phrases or letter and number combinations, but they vary widely, and are mostly left to the processing agent's discretion.

Cynthia Counts, one of the attorneys representing Gilbert, told the Journal-Constitution, “I think it’s pretty clear the statute has been applied arbitrary without regard to any state interest. And the restrictions have reflected viewpoint discrimination and that alone should be fatal.”

The lawyers fighting the case said the issue may seem trivial to some, but it is representative of a wider attitude toward allowing freedom of speech.

In order for the state to keep the word "gay" from appearing on its plates, they would have to declare the word obscene, a move that many wager licensing officials won't be willing to do.