7 uncovered quotes that reveal just how crazy the NRA's become

The organization once supported reasonable gun control laws. Now it's a lobby group for paranoid extremists 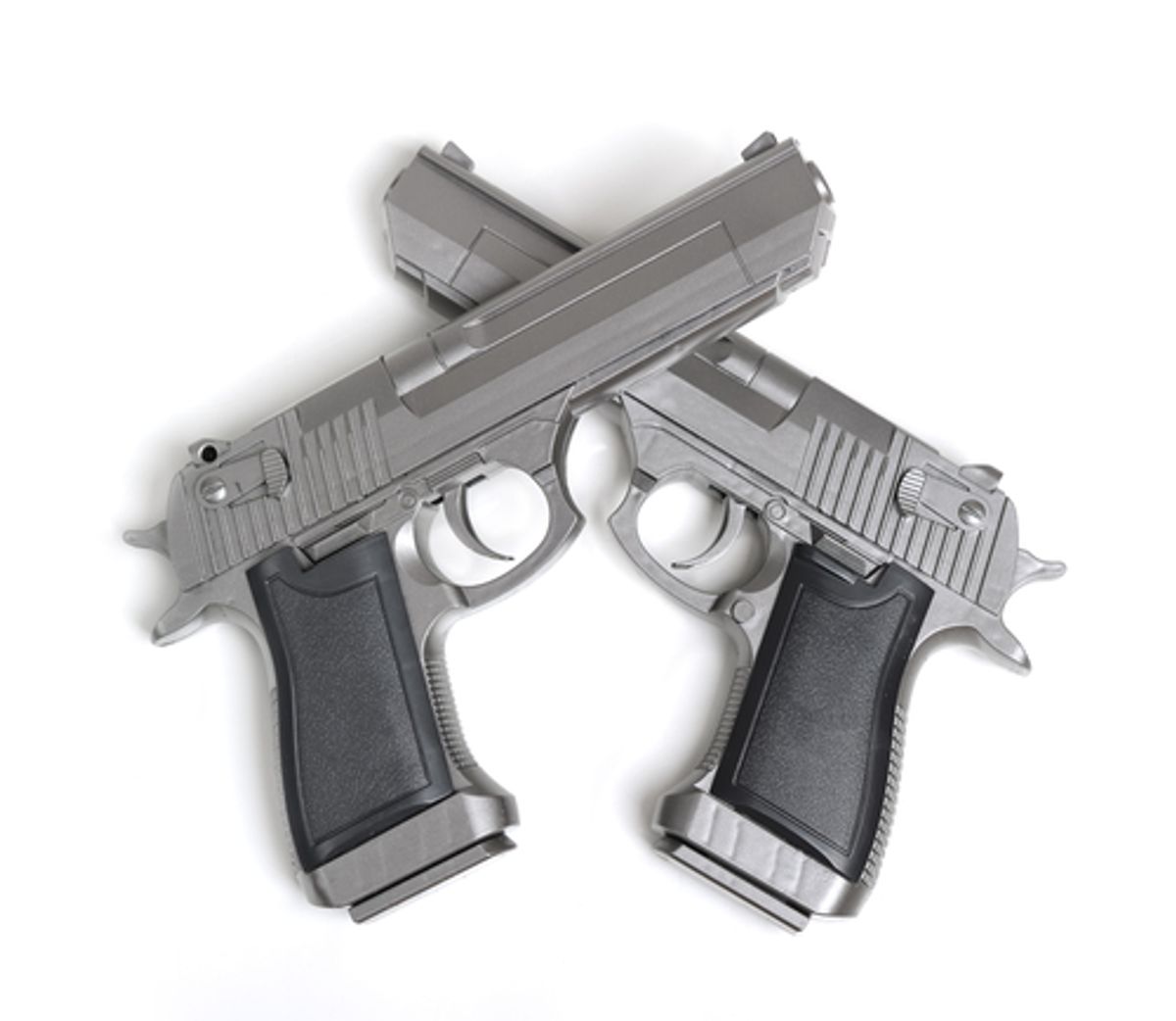 The 143-year-old National Rifle Association has not always been like today's NRA, fighting every gun control law as if the essence of American freedom depends on every citizen owning a gun. What follows are a series of shocking quotes taken from various academic histories of the NRA by top officials within the organization supporting reasonable gun control laws.

1. “I have never believed in the general practice of carrying weapons,” said NRA President Karl T. Frederick, a 1920 Olympic gold-medal winner for marksmanship who became a lawyer, praising state gun control laws in Congress. He testified before the 1938 federal gun control law passed. “I do not believe in the general promiscuous toting of guns. I think it should be sharply restricted and only under licenses.”

2. “We do think that any sane American, who calls himself an American, can object to placing into this bill the instrument which killed the president of the United States,” NRA Executive Vice-President Franklin Orth told Congress, shortly after Lee Harvey Oswald shot and killed President John F. Kennedy with an Italian military surplus rifle Oswald bought from a mail-order ad in the NRA’sAmerican Rifleman magazine.

3. “There’s no reason why on the street today a citizen should be carrying loaded weapons,” said California Gov. Ronald Reagan in May 1967, after two dozen Black Panther Party members walked into the California Statehouse carrying rifles to protest a gun-control bill. Reagan said guns were “a ridiculous way to solve problems that have to be solved among people of good will.”

4. “You do know that I am a member of the NRA and my position on the right to bear arms is well known,” Reagan said, speaking out in support of the 1994 Brady bill to create new background checks and a waiting period for gun buyers. “But I want you to know something else, and I am going to say it in clear, unmistakable language: I support the Brady Bill and I urge Congress to enact it without further delay.”

5. “To ‘keep and bear arms’ for hunting today is essentially a recreational activity and not an imperative of survival, as it was 200 years ago; ‘Saturday night specials’ [handguns] and machine guns are not recreational weapons and surely are as much in need of regulation as motor vehicles,” said retired U.S. Supreme Court Chief Justice Warren Burger in Parade magazine, in January 1990.

6. The Second Amendment “has been the subject of one of the greatest pieces of fraud, I repeat the word fraud, on the American public by special interest groups that I have ever seen in my lifetime,” Burger told PBS’ News Hour in late 1991, referring to the NRA’s claim that the U.S. Constitution included a personal right to own guns.

7. “These people are crazy,” said Alan Gura, referring to NRA critics who said he’d ceded too much to gun control arguments when he successfully argued before the U.S. Supreme Court in March 2008 to overturn the District of Columbia’s handgun ban and establish a Second Amendment right to a handgun at home for self-defense. “I could have, if I wanted to, stood before the Court and said, ‘Yes, [the Amendment’s clause] shall not be infringed,’ means you would never have any gun laws, and of course need to all have machine guns in case we want to overthrow the government, and while we’re at it we should have rocket launchers and stinger missiles. And that would have probably made me very popular in some cabin somewhere out there in the woods… Of course, I would have lost 9-0.”

Editor’s note: These quotes were cited or referred to in UCLA law professor Adam Winkler’s 2011 book,Gunfight: The Battle Over the Right to Bear Arms in America.